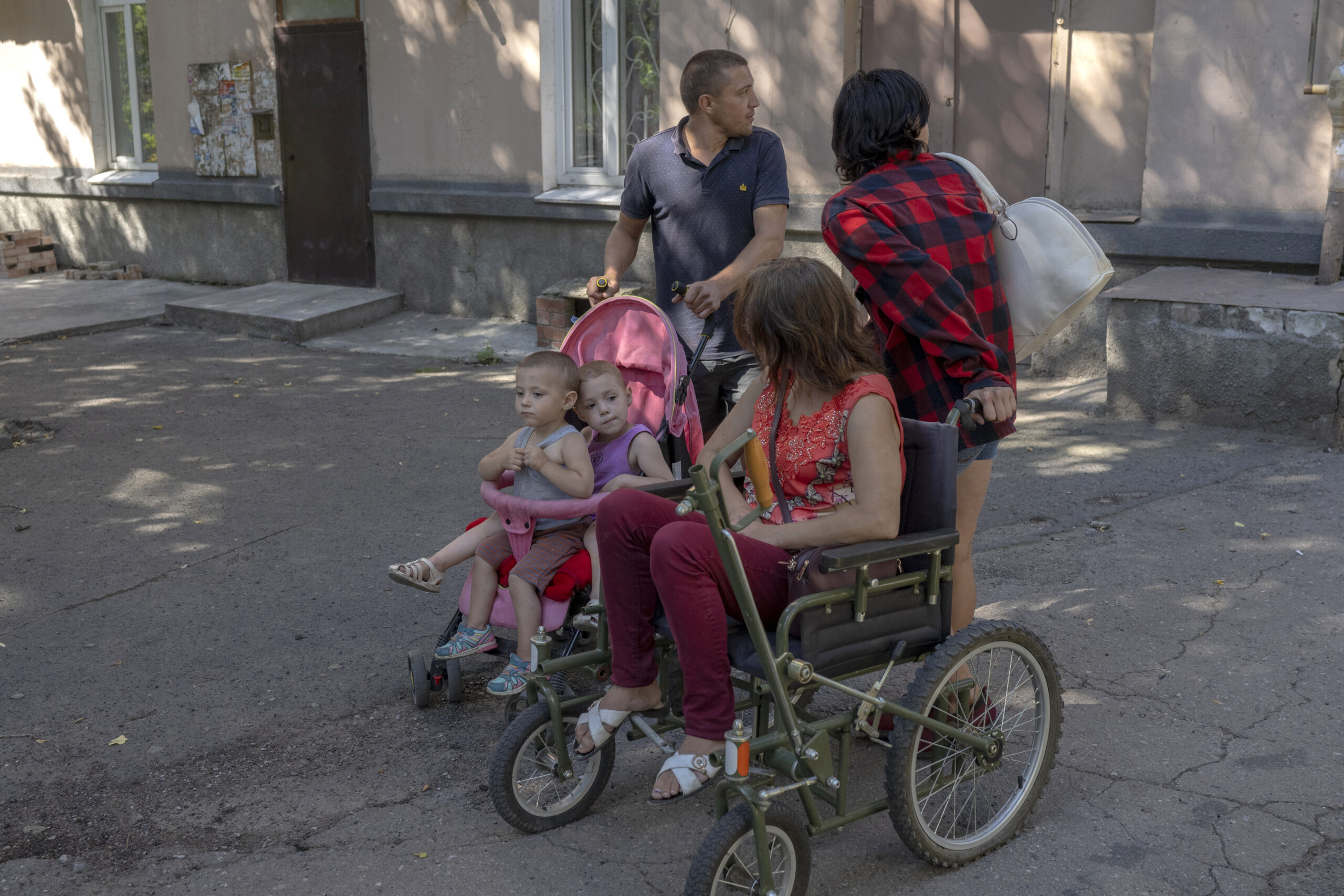 Four-year-old Tanya started in her mother’s arms, eyes wide open, as the boom of artillery fire echoed around the battered frontline Ukrainian town of Bakhmut.

Olena has been inventive so far to try to hide the truth of what is happening from her curly-haired daughter, but her creativity is running dry.

“Sometimes I just turn the volume on the TV louder… If I constantly tell the child that this is war I will disturb her mind. But I think she understands,”

“During recent shelling there was (a) blast of shrapnel. Later I was talking with my husband about going to get humanitarian aid and the child asked if there will be shrapnel there,”

Bakhmut — one of the few remaining cities under Ukrainian control in the Donetsk region — is now at the centre of Russia’s brutal offensive in the east of the country.

Taking it would give Russia control of a strategic highway and supply route, opening the road towards regional hub Kramatorsk.

Olena’s family is one of the few to have stayed together with their children in Bakhmut, now only around six kilometres (four miles) from Russian positions.

More than a third of the population of 73 000 have fled and authorities insist on getting everyone out.

The streets are now all but deserted, with daily life in what was once a small, leafy town shattered by tanks rolling down the street and the constant roar of artillery exchanges.

‘Everything will be destroyed’

Ukraine’s President Volodymyr Zelensky on Saturday urged all of the remaining 200 000 civilians still living in Ukrainian-controlled areas of the battleground region to get out as soon as they can.

“The more people who leave Donetsk region now, the fewer people the Russian army will kill,”

Kyiv has announced a mandatory order to evacuate and say they aim to ferry people out ahead of the winter as gas pipes for heating have been cut due to the fighting.

But most of those refusing to leave Bakhmut share a common story: too poor, too sick, too old to start over in a new place.

“My husband’s mother is bedridden for five years already and we can’t leave her,”

Recent strikes on the city, which left three dead and many wounded, made some reconsider their decision to stay no matter what.

Ekaterina and her three children, aged eight, six and two, waited for a bus at an evacuation point in Bakhmut.

Teary-eyed, they were saying farewell to their husband and father Artiom, who will remain in Bakhmut “because somebody has to”.

A bandage covered part of Ekaterina’s cheek, while her back was dotted with bruises and scratches, all from shrapnel.

“We expected everything to be alright and that’s why we waited for so long. But it’s not. I still see a future for my children here because one day the situation will be stable again,”

In the town centre, Olena, her husband and their daughter hop on the small red scooter they all share to move around, with small Tanya first in row.

“There is nothing more to capture here. When (the Russians) will come to take it everything will be destroyed,”

“Who will rebuild it? How many years will be necessary for our children to rebuild everything?”