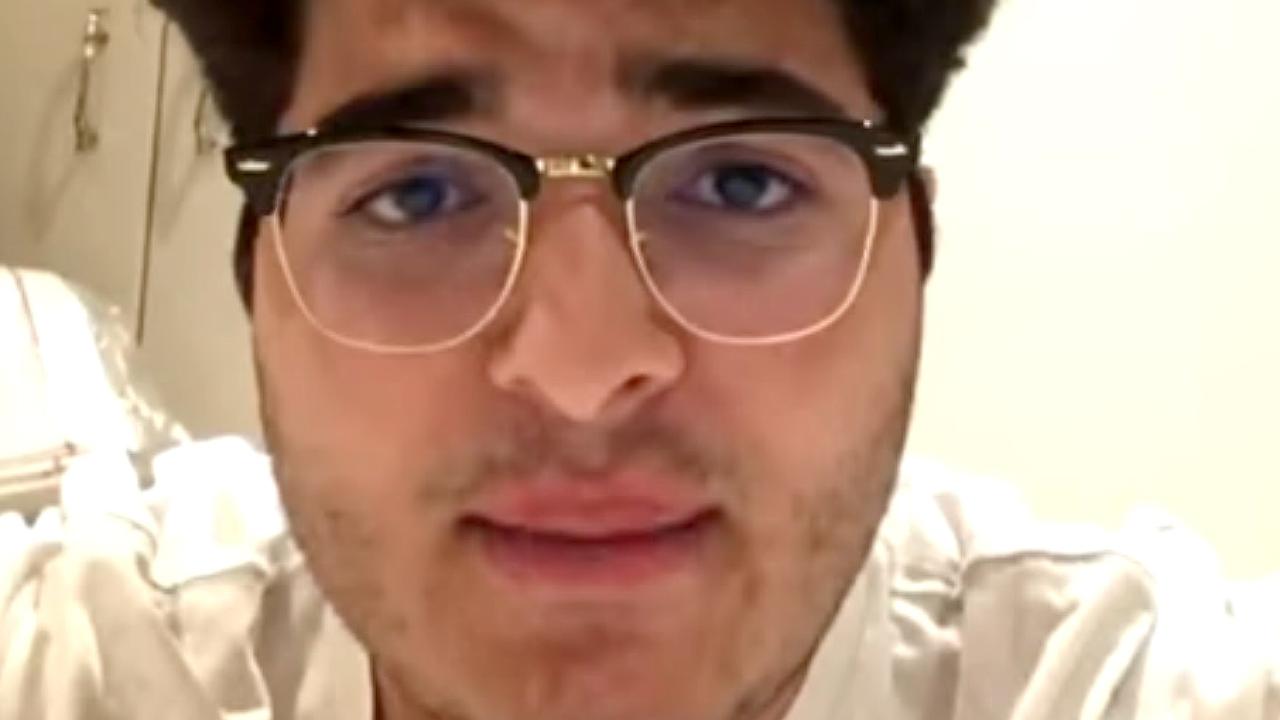 An Australian activist who was arrested in London over an alleged bomb threat email sent to the Chinese embassy has blasted the Chinese Communist Party for “destroying his life”.

Serial protester Drew Pavlou has staunchly denied responsibility for the alleged bomb threat, and has pleaded for help from Australia, asking politicians “speak up”. Mr Pavlou says he was targeted because he’s a public and “vocal” critic of the CCP.

“The Chinese government are trying to make an example out of me and they’re trying to destroy my life,” he tells news.com.au.

“This is by far the worst thing I’ve ever experienced at the hands of the Chinese government, because they’ve literally tried to set me up with something that can carry seven years in prison.”

Prior to his arrest, he was staging a protest against the CCP’s treatment of the Uyghur people in China.

Taking place on Thursday, July 21, Mr Pavlou says the demonstration itself was peaceful and nonviolent. He had intended to glue the Tibetan, Taiwanese and the Kokbayraq (a symbol commonly used by Uyghur activists) onto a plastic Covid shield outside the embassy.

However, at about 4pm that day he was arrested by London’s Metropolitan Police on charges related to criminal damages and items carried with the intent to cause criminal damage to the embassy, and false information to communicating a bomb threat.

Sent from the email: drewpavlou99@proton.me, Mr Pavlou says he has no connection to the address.

“It looked like a 10-year-old had written it. Even if you were trying to set someone up, it wasn’t even believable,” he says.

To date, Met Police have not released a copy of the letter to Mr Pavlou’s legal team. Although Mr Pavlou has only seen it once while being questioned by police, he believes it said: “Hi, this is Drew Pavlou, I’m fighting for the Uyghurs. You have until 12pm to respond to this email and stop the Uyghurs genocide, or I will blow up the embassy with a comb. Regards, Drew.”

What followed was a “horrific” 22 hours in police custody in which Mr Pavlou claims he was placed in a 2.5m by 3m cell.

“There was a wooden bench which was just wide enough to lie down and sleep on with a foam slab as a pillow,” he says.

“I think in the 22 hours, I had one meal. They tried to give me another one but I just felt so sick.

“They also never turned off the lights and I just had the blaring lights on the whole time.”

During this time he was also prevented from speaking to a lawyer until 2pm the following day.

“My argument is they were effectively denying me proper representation. They were telling me your solicitors aren’t picking up but they were on the phone trying to get through to me and (the police) were just ignoring them,” he says.

While he had initially decided to leave London in the days after the protest, Mr Pavlou remains in the UK and is unsure when he’ll be able to return. He says police have yet to clarify whether he’s allowed to leave the country prior to his bail hearing on August 14.

“When I was being released, they gave me back my passport and I asked if I was prohibited from leaving (the UK)? They were like: ‘There isn’t a formal ban but we strongly urge against it because you may be stopped at an airport and arrested because there may be a hold on your passport.’”

Since his arrest, Mr Pavlou has also initiated a GoFundMe to help him cover his living expenses while stranded in the UK, as well as his legal costs and a hopefully flight back to Australia.

While it’s currently raised more than $24,000, administrative issues have prevented him from transferring the funds to cover his extortionate legal fees. Since his arrest, he’s retained the pro bono legal counsel of prominent human rights barrister, Michael Polak, however he’s still facing exorbitant costs for his solicitors.

For example, it cost Mr Pavlou £3000, or about $A5234, for his solicitors to send the Met Police a letter requesting for the return of his phone

“Everyone seems to think I’m going to be let off but I don’t know if the Met Police will let it drag on for six months as pain and punishment,” he said.

Mr Pavlou’s objections against the CCP have been well documented. In the weeks prior to his demonstration at the embassy, he was removed from the Wimbledon final for protesting over the whereabouts and wellbeing of Chinese women’s tennis player Peng Shuai.

In May 2022, the activist sparked an angry reaction from residents in the Sydney suburb of Eastwood after he was seen holding a sign that said: “F**k Xi Jinping.”

When asked what he wish people knew about his current predicament, he issued a plea for people not to forget about him.

“I need people in the Australian Government to talk about my case. I really need Penny Wong, Anthony Albanese and Peter Dutton to speak up,” he said.

“I need them to raise the issue with British authorities: Why is the Met Police treating me like this? Why are they doing this to someone who’s a peaceful protester?

“I’m a respected human rights activist and they’re treating me like I’m a terrorist.”