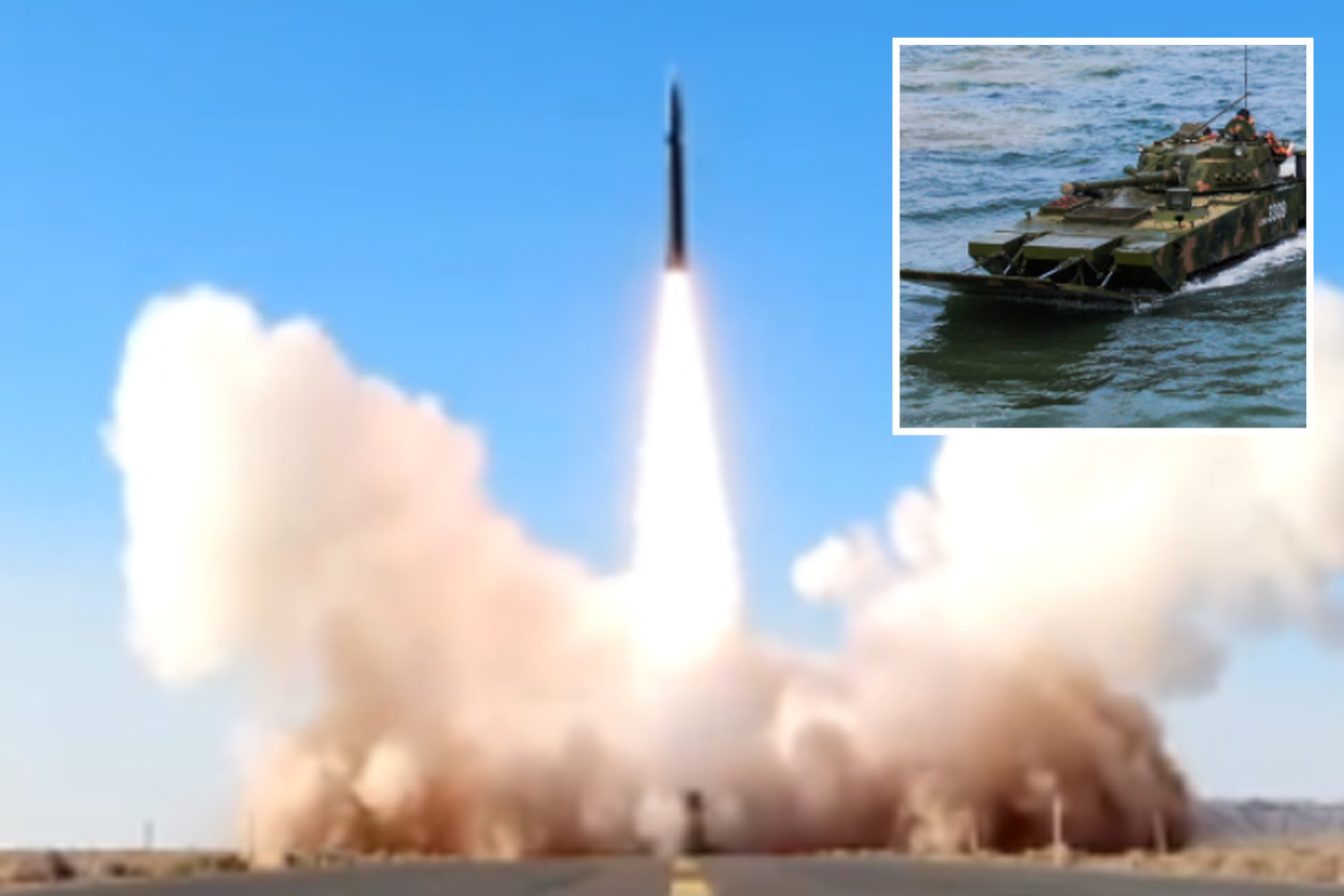 CHINA has shown off its terrifying “aircraft carrier killer” hypersonic missiles as it conducted military drills near Taiwan.

They flaunted their stockpile of deadly weapons amid mounting fears they are gearing up to go to war over the disputed island.

Chilling footage released by state broadcaster China Central Television hinted the nation is more than prepared to do battle ahead of Nancy Pelosi’s proposed visit to Taiwan.

To celebrate China’s upcoming Army Day on August 1, they filmed the live-fire launch of a hypersonic missile in a desert.

Chinese military expert Song Zhongping explained the country were parading its capabilities and flexibility of the weapon, that has been dubbed an “aircraft carrier killer”. 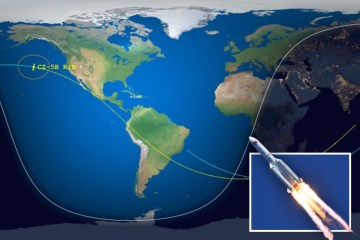 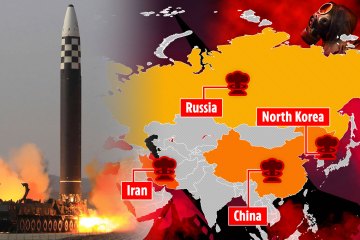 He told the Global Times the location of the launch suggested it can be triggered independently at any time and any place.

Its flexibility will make it hard for rivals to pinpoint the road-mobile missile before it begins its devastating path of destruction.

Experts were quick to point out the alarming artillery resembles their land-based hypersonic ballistic nuclear missile, Dong Feng 17 or DF-17.

The hypersonic nuke, dubbed “the flying death sentence”, can surge to speeds of up to 7,680mph and analysts say it is able to “hit every corner of the Earth”.

The weapon contains a hypersonic glide vehicle and can be fitted with a nuclear warhead before performing “extreme manoeuvers”.

Its agility makes it a daunting opponent for both stationary and moving targets – including aircraft carriers.

Targets have a slim chance of surviving a direct hit, making it one of the most formidable weapons in China’s stash.

And its relatively low cost means the military can fire scores of them if a first attempt fails, naval warfare expert Sidharth Kaushal said.

Observers explained that if it is in fact the DF-17 shown in the video, it marks the first time the nation has publicly shared footage of its live-fire launch.

Beijing unveiled the hypersonic DF-17 nuke in 2019 – offering a glimpse of the “blindingly fast and unstoppable” missile.

Recent days have seen US warships scrambled to the South China Sea as tensions soar over the trip in wake of fears it could lead to war.

China has reacted with fury to the news of the visit by a senior US politician to the island, which Beijing regards as a breakaway province.

The country’s ruling communist party claims the island must be “reunited” with the mainland – by force if necessary.

China have reportedly sounded their chilling “war signal” in official circles – which was issued before their last two major conflicts.

The phrase, “Don’t say we didn’t warn you”, has now being frequently referred to in discussions amid the soaring tensions.

And defence ministry spokesman Senior Colonel Tan Kefei warned they will not “sit idly by” while “external force’s interfere”.

Pelosi – a vocal critic of China –  was originally scheduled to travel to Taipei in April but pulled out at the last minute after testing positive for coronavirus.

She is forecast to attend the trip – the first by a major US politician to Taiwan for 25 years – next month, the Financial Times reported.