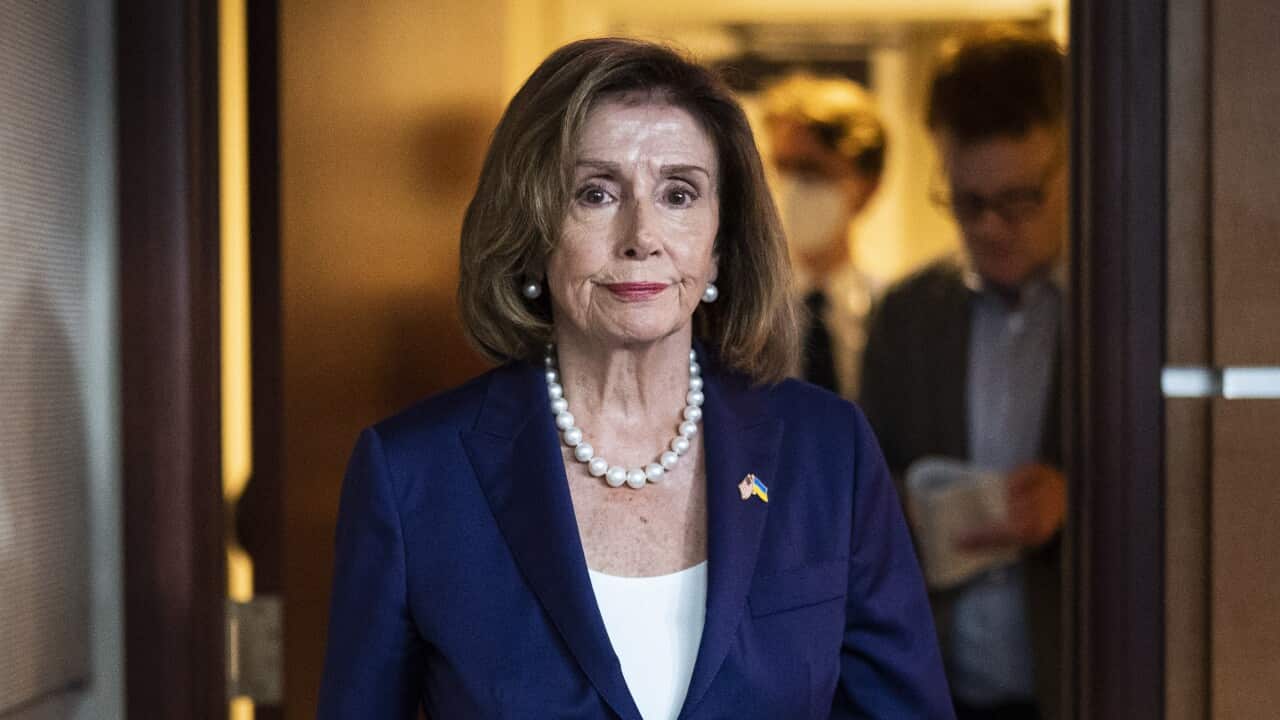 The White House on Monday warned China against overreacting to a trip by US House Speaker Nancy Pelosi to Taiwan, saying she would have every right to visit the self-ruled island despite Beijing viewing it as a highly provocative challenge.
China need not turn any visit by Ms Pelosi into a “crisis,” White House National Security Council spokesman John Kirby told reporters, even as he warned that Beijing may be “positioning” itself for a show of military strength around the island.

Media reports have said that Ms Pelosi, currently on an official Asia tour, will stop off in Taiwan and meet President Tsai Ing-wen on Wednesday, if so, the highest-level US visit to Taipei in decades.

Beijing, which views Taiwan as its territory, has reacted furiously to the idea, warning President Joe Biden that his administration was playing “with fire” and announcing a series of live-fire military drills in the Taiwan Straits.
While the White House and State Department are both understood to be opposed to Ms Pelosi’s trip, Mr Kirby made it clear that the speaker, who is second in line to the US presidency, was entitled to go where she pleased.
“The speaker has the right to visit Taiwan,” he told reporters, adding: “There is no reason for Beijing to turn a potential visit consistent with longstanding US policies into some sort of crisis.”

Mr Kirby cited intelligence that China was preparing possible military provocations that could include firing missiles in the Taiwan Strait or “large scale” incursions into Taiwan airspace.

In a shift of policy, Mr Kirby added that the US does not support the independence of Taiwan though Mr Biden previously vowed that if China invaded the island, the US would intervene militarily.
Ms Pelosi kicked her trip off Monday with a stop in Singapore, where Prime Minister Lee Hsien Loong urged her at a meeting to strive for “stable” ties with Beijing.

Her itinerary also includes Malaysia, South Korea and Japan, but the prospect of a Taiwan visit has dominated attention. Speculation about Ms Pelosi’s plans has coincided with an uptick in military activity across the region.
Mr Kirby said the United States “will not be intimidated” from continuing to move freely in the Pacific region.
However, he sought to lower tension by stressing several times that US policy was unchanged toward Taiwan. This means support for its self-ruling government, recognising Chinese sovereignty, and opposing either a full independence bid by Taiwan or a forceful takeover by China.

“Nothing has changed,” he said. “There’s certainly no reason for this to come to blows.”

Mr Kirby confirmed that Ms Pelosi is travelling on a military aircraft and said Washington does not fear a direct attack, but warned it “raises the stakes of a miscalculation.”
Ms Pelosi’s office has said her trip “will focus on mutual security, economic partnership and democratic governance in the Indo-Pacific region,” referring to the Asia-Pacific.
The statement did not mention Taiwan. But visits by US officials there are usually kept secret until delegations land.

The Global Times, China’s state-run tabloid, suggested that Ms Pelosi might use “emergency excuses like an aircraft fault or refuelling” to land at a Taiwanese airport.

“If she dares to stop in Taiwan, it will be the moment to ignite the powder keg of the situation in the Taiwan Straits,” Hu Xijin, a former Global Times editor and now commentator, tweeted.
And the Chinese army’s Eastern Theater Command shared footage on social media site Weibo featuring a combat-ready army with fighters and helicopters taking off, amphibious troops landing on a beach and a stream of missiles raining down on various targets.
“We will bury all enemies who invade our territory,” a short text accompanying the footage read.

“We’re ready to fight,” it added. “Advance towards a joint combat and a victorious war.” A Cheng Kung class frigate fires an anti air missile as part of a navy demonstration in Taiwan’s annual Han Kuang exercises off the island’s eastern coast near the city of Yilan, Taiwan on Tuesday, 26 July, 2022. Source: AAP / Huizhong Wu/AP

Taiwan’s 23 million people have long lived with the possibility of an invasion but the threat has intensified under Chinese President Xi Jinping.
American officials often make discreet visits to Taiwan to show support but a trip by Ms Pelosi would be higher-profile than any in recent history.
Taiwan’s government has remained silent on the prospect of a Pelosi visit and there has been minimal local press coverage.
“I really hate what the Chinese are doing,” Hsu Ching-feng, a fruit vendor in Taipei, told AFP.

“But there’s nothing us common folks can do about it but ignore them.”