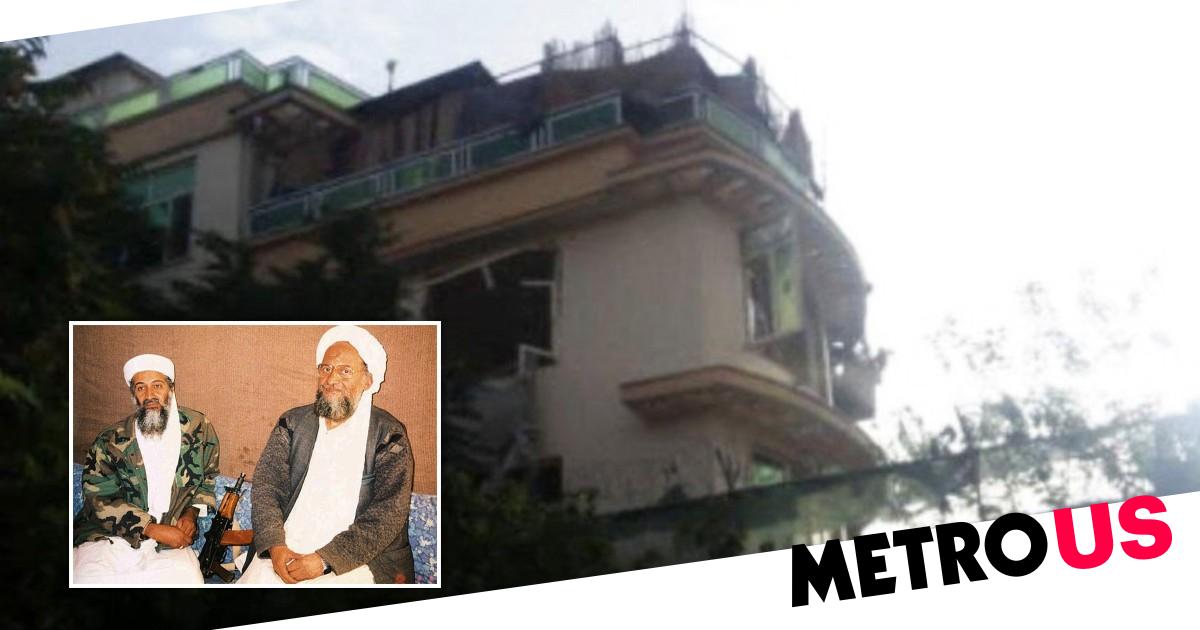 One of the key architects of the 9/11 attacks was killed by a US drone as he stood on the balcony of his safe house in Kabul.

Ayman al-Zawahiri, 71, became the leader of Al Qaeda when Osama bin Laden was taken out by US forces in 2011.

The most-wanted terrorist was eliminated in a wealthy suburb of the Afghan capital on Sunday.

In a mission that took six months to plan, two hellfire missiles – armed with long blades that kill targets with kinetic energy to minimise collateral damage – were fired from a drone at 6.18am local time.

‘Now, justice has been delivered. And this terrorist leader is no more,’ President Joe Biden declared last night, saying al-Zawahiri had ‘carved a trail of murder and violence’ against America.

Bin Laden and al-Zawahiri both escaped Afghanistan after the 9/11 attacks – the worst ever on US soil. Bin Laden was killed in a raid in Pakistan more than ten years ago, but al-Zawahiri’s whereabouts were long unknown.

Biden said the US tracked al-Zawahiri earlier this year in downtown Kabul, reuniting with members of his immediate family. A week ago, when informed that the conditions were optimal, ‘I gave the final approval to go get him’, Biden said.

Biden added: ‘The mission was successful .None of his family members were hurt.’

A drone took down al-Zawahiri at 9.48pm ET on Saturday as he stood on the balcony of a safehouse and his family members were in other rooms. No one else was killed in the strike.

Al-Zawahiri’s death comes nearly a year after the Biden administration closed the US Embassy in Kabul. The US withdrew all of its troops from Afghanistan on August 31, 2021, putting an end to America’s longest war.

At the time, Biden said, ‘We will maintain the fight against terrorism in Afghanistan and other countries. We just don’t need to fight a ground war to do it.’

His remarks were a preview of sorts to the new drone strike.

‘We have what’s called over-the-horizon capabilities, which means we can strike terrorists and targets without American boots on the ground – or very few, if needed,’ Biden said.

On Monday night, Biden said he kept his promise of protecting Americans.

‘When I ended our military mission in Afghanistan almost a year ago, I made a decision that after 20 years of war, the United States no longer needed thousands of boots on the ground in Afghanistan to protect America from terrorists who seek to do us harm,’ Biden said.

‘I made a promise to the American people that we’d continue to conduct effective counterterrorism operations in Afghanistan and beyond. We’ve done just that.’

The president repeatedly said of 9/11 victims, ‘no day shall erase you from the memory of time’. He vowed to continue to monitor terrorist activity.

‘No matter how long it takes, no matter where you hide, if you are a threat to our people, the United States will find you and take you out,’ Biden said.

Biden, who tested positive for Covid-19 in a rebound case, spoke without wearing a mask from a balcony at the White House. He did not take questions from reporters after his remarks.