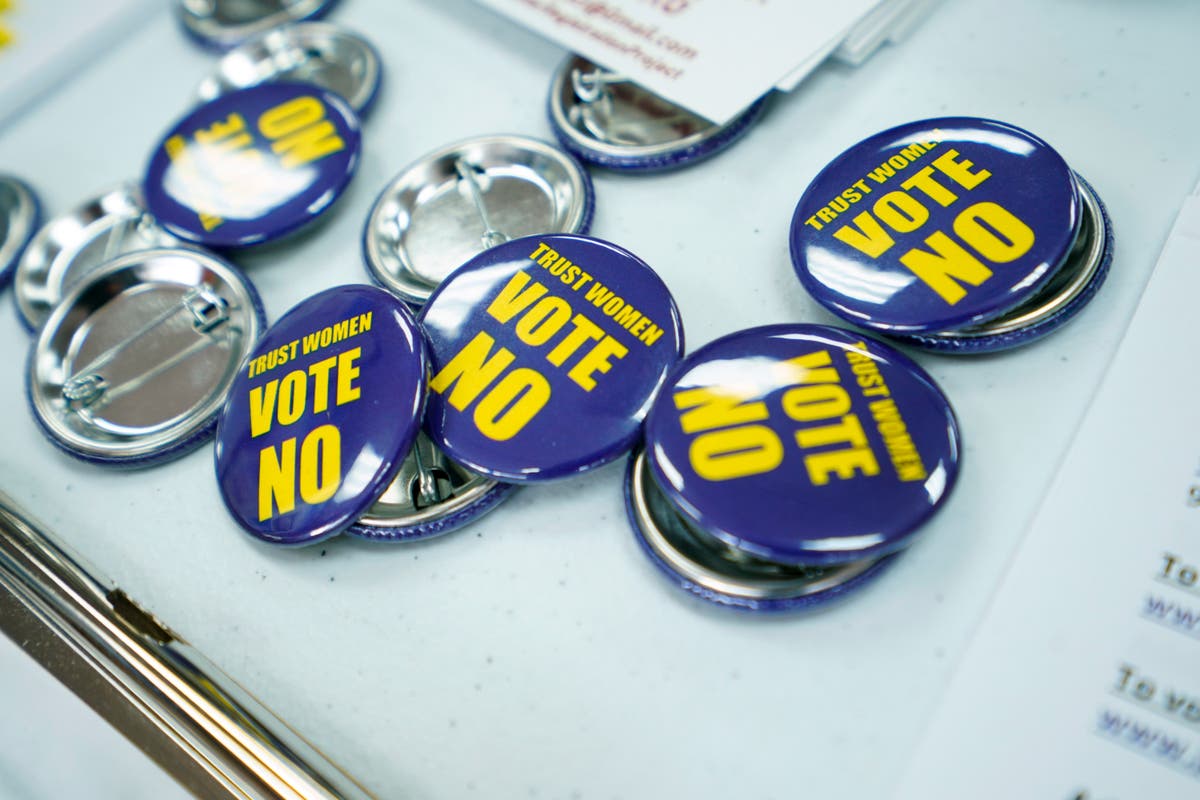 In the first statewide referendum on abortion rights after the US Supreme Court struck down Roe v Wade, voters in Kansas have affirmed that the right to an abortion is protected by the state’s constitution.

Turnout exploded past projected numbers and likely neared 50 per cent, rivaling the turnout for the 2008 presidential election, according to Kansas Secretary of State Scott Schwab.

The vote – and the massive turnout for a primary election in the state – underscores the deep unpopularity of the Supreme Court’s decision to overturn Roe v Wade and attempts to make abortion illegal, likely sending a resounding campaign message in the midst of key midterm elections.

A 2019 decision from the state’s Supreme Court determined that “personal autonomy” protections in the state constitution include abortion, enshrining the right of Kansans to seek an abortion, even in the event that the Supreme Court struck down abortion rights. The proposed amendment sought to explicitly remove those protections.

Without any federal- or state-level constitutional protections for abortion access, the state’s Rebublican-dominated legislature was likely to pass severe anti-abortion restirictions similar to those that have been enacted across the US in recent weeks.

“Anti-abortion politicians put this amendment on the primary ballot with the goal of low voter turnout, but they discounted Kansans, who said loud and clear they believe and trust patients to make their own medical decisions – especially during a dark moment in history when people across the Midwest and South are not afforded that same freedom,” she said.

Kansas has become a haven for legal access to abortion care in the region, as neighouring states Missouri and Oklahoma outlaw the procedure in nearly all cases.

Abortion is legal in Kansas up to 20 weeks of pregnancy, though roughly half of all abortions performed in the state in 2021 were among people who traveled from elsewhere – mostly neighbouring Missouri.

In the weeks after the Dobbs decision, three of the four states served by Planned Parenthood Great Plains lost legal access to abortion. Before the ruling, Oklahoma lawmakers passed a series of severe anti-abortion laws, including a near-total ban on abortion punishable up to 10 years in prison. Anti-abortion laws in Missouri and Arkansas also went into effect in the Supreme Court’s aftermath.

Kansas – like many other states with narrow legal access to abortion – already has tight restrictions on abortion, including requirements that patients must undergo state-directed counseling and an ultrasound, a mandatory 24-hour waiting period, and bans on certain health insurance coverage and telemedicine appointments for medication abortion prescriptions.

“But Kansans have seen what happens when there is a total ban in neighboring states and the devastation that causes,” Anamarie Rebori-Simmons, spokesperson for Planned Parenthood Great Plains Votes, told The Independent.

The Supreme Court decision “really did galvanize a lot of people, and made that real for people in ways that they could relate to and find a way into this conversation,” Zachary Gingrich-Gaylord, a spokesperson for Trust Women, which operates a clinic in the state, told The Independent.

“The majority of people agree that people should have access to reproductive health care, that the government should not be making decisions about that for people,” he said. “The problem is that … the power in this state has become so disconnected from the people.”

The results also dealt a lethal blow to a multi-million dollar anti-abortion campaign, including support from Catholic dioceses across the state as well as the Kansas-Nebraska Convention of Southern Baptists.

False and misleading text messages sent to some voters the day before Election Day told them that “women in KS are losing their choice on reproductive rights” and that “voting YES will give women a choice. Vote YES to protect women’s health.”

The campaign is linked to a Republican-linked political action committee, according to The Washington Post.

In a statement to the newspaper, the political tech company that leased the phone numbers to give to the GOP-affiliated group said the company was notified of a “possible content violation” and that the group “did not consult on this message’s messaging strategy or content”.

A spokesperson for Kansans for Constitutional Freedom, which opposed the amendment, called the text campaign “yet another example of the desperate and deceitful tactics” of the anti-abortion coalition “lying to the voters of Kansas.”

In the days before the election, one anti-abortion coalition amplified false election fraud conspiracy theories to demand that early-voting mail-in ballot drop boxes be removed, baselessly claiming that they could be manipulated.

Opponents of the amendment also criticised the timing of the election – sharing a ballot with no other statewide Democratic elections – and the confusing language on the ballot itself.

Ads from anti-abortion groups include emotional, inaccurate appeals. One called for the end the “gruesome practice of late-term abortion,” though third-trimester abortions are already banned in the state. Another anti-abortion billboard used the phrase “trust women” – which is the name of the Trust Women clinic – and a third said to “trust women” and “vote no”.

Later this year, voters in California, Michigan, Nevada, and Vermont will vote on similar measures to protect abortion access in their states.