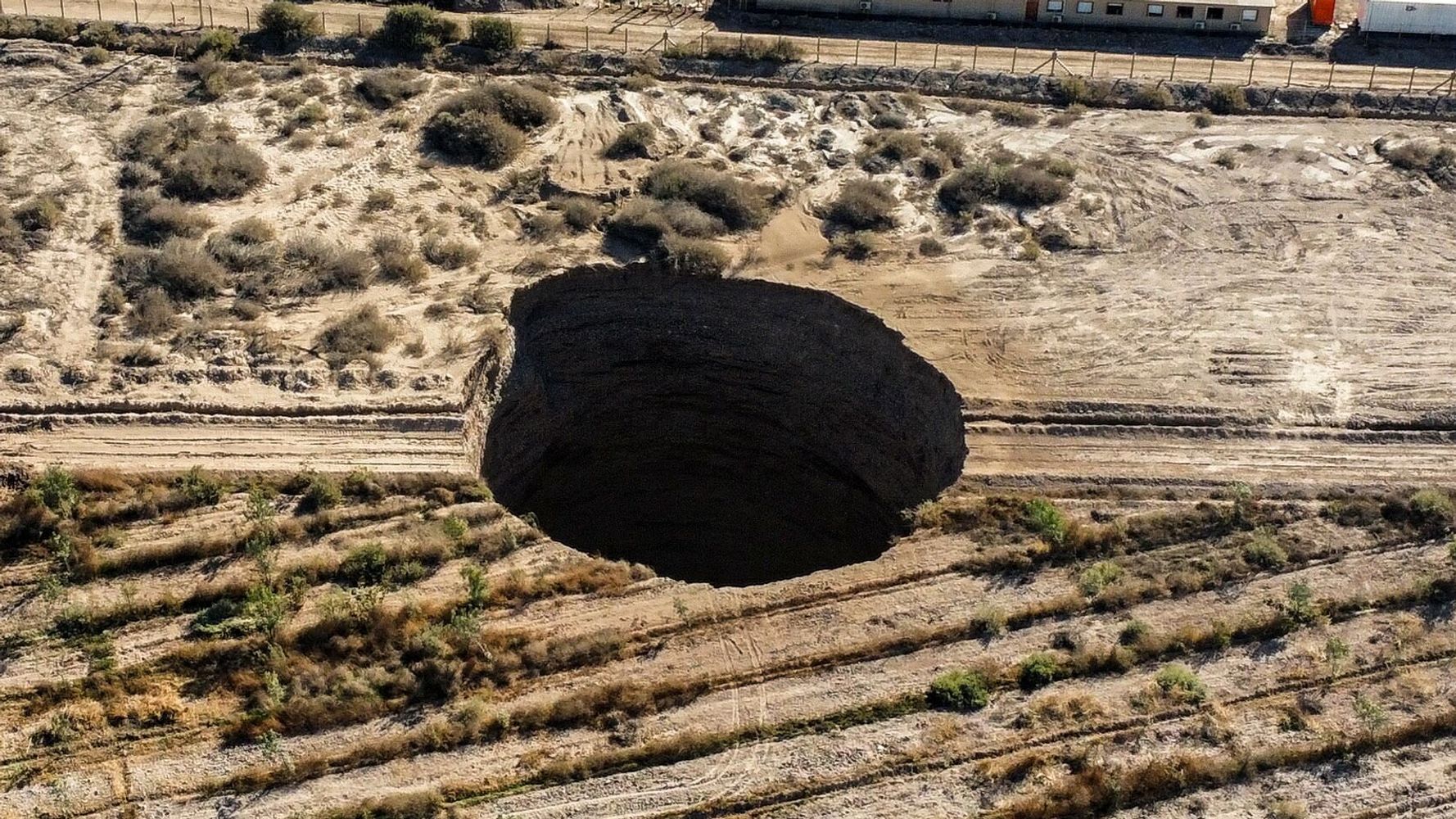 A sinkhole initially measured at 82 feet wide and 650 feet deep opened outside the Chilean town of Tierra Amarilla on land owned by Canada’s Lundin Mining company over the weekend, according to Vice.

The National Service of Geology and Mining (Sernageomin) announced on Twitter that it first noticed the depression on Saturday. The sinkhole appeared near the Alcaparrosa copper mine in a relatively unpopulated part of the Atacama region 400 miles north of the Santiago capital.

On Tuesday, Sernageomin stated that the sinkhole was wider than first thought, measuring at roughly 105 feet across.

“There is a considerable distance … to the bottom,” Sernageomin director David Montenegro said in a statement. “We haven’t detected any material down there, but we have seen the presence of a lot of water.”

Lundin Mining said in a statement Monday that “upon detection, the area was immediately isolated and the relevant regulatory authorities notified. There has been no impact to personnel, equipment, or infrastructure,” and added that the sinkhole has since remained stable.

Despite the lack of injuries or fatalities, however, Tierra Amarilla Mayor Cristóbal Zúñiga told Ciudadano ADN Radio the town experiences daily tremors emanating from the mining site that “have destroyed our houses and our streets, and today, destroyed the ground.”

“Today it happened in a space that’s an agricultural property, but our greatest fear now is that this could happen in a populated place, on a street, in a school,” Zuñiga told Ciudadano ADN, according to a Vice translation. “Protecting the integrity of our inhabitants is our greatest concern at the moment.”

The 25-year-old mayor reminded listeners that Lundin Mining came under fire from the government before. In July 2021, Chile’s environmental regulator filed charges against the company for violating agreements by breaching its operational permits at a different mine, according to Reuters.

“The government, Sernageomin, and this company must be held responsible and be investigated quickly regarding what happened and why,” Zuñiga told Ciudadano ADN. “Sernageomin must get its act together and do a good job and clarify what the reason is, and if it is connected to mining activity, or due to nature.”

Lundin Mining mainly targets copper, gold, nickel and zinc and also operates in Brazil, Argentina, Sweden, Portugal and the United States, according to its website. The company’s statement said it “temporarily suspended” work in Tierra Amarilla “as a preventative measure.”

Zúñiga, who told Ciudadano ADN that his community “has always had a fear that something like this could happen,” said these assurances aren’t enough. Latin America has seen an enormous increase in foreign mining companies following the North American Free Trade Act of 1994, according to Vice. Canada alone has since signed agreements with Chile, Peru, Panama, Colombia and Honduras that permit it to extract natural resources.