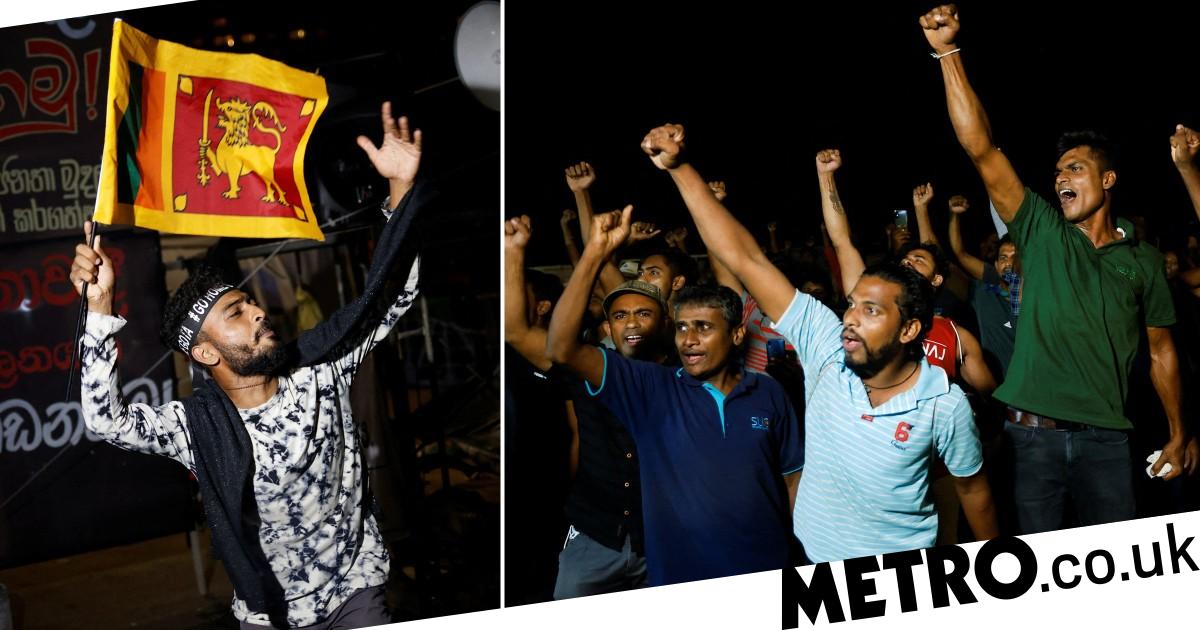 Parties have erupted on the streets of Sri Lanka after the country’s president finally confirmed to resign.

There were extraordinary scenes on Saturday when thousands stormed Gotabaya Rajapaksa luxury palace in Colombo.

The group had called for change after months of economic turmoil in Sri Lanka.

They had called on the president to stand down, but the whereabouts of Mr Rajapaksa were ‘unknown’ for days.

It later emerged he had fled to Maldives on a military jet following the protests.

The news of the resignation triggered jubilation in Colombo late last night.

‘We are so happy today that he resigned and we feel that when we, the people, come together, we can do everything,’ said Arunanandan, a school teacher.

The 34-year-old had been camping at the main protest site opposite the presidential secretariat for the past three months.

He added: ‘We are the real power in this country.’

Speaker Mahinda Yapa Abeyweardana confirmed today the parliament will convene on Saturday to start the process of electing a new president.

‘From this point, we will move to constitutionally appoint a new president,’ he told reporters.

‘It will happen quickly and successfully. I request everyone to support this process.’

Mr Rajapaksa’s resignation was emailed to him from Singapore, before a hard copy was delivered.

Details of the Sri Lanka’s new leadership could be unveiled within a week following discussions.

Protesters were also pictured this week cleaning debris following the ‘party at the palace’.

People had been pictured sleeping on Mr Rajapaksa’s bed, swimming in his pool and lounging on the palace’s luxury furniture during the protests.

Protests have been held for months as more have been left struggling to obtain food, fuel and other necessities.