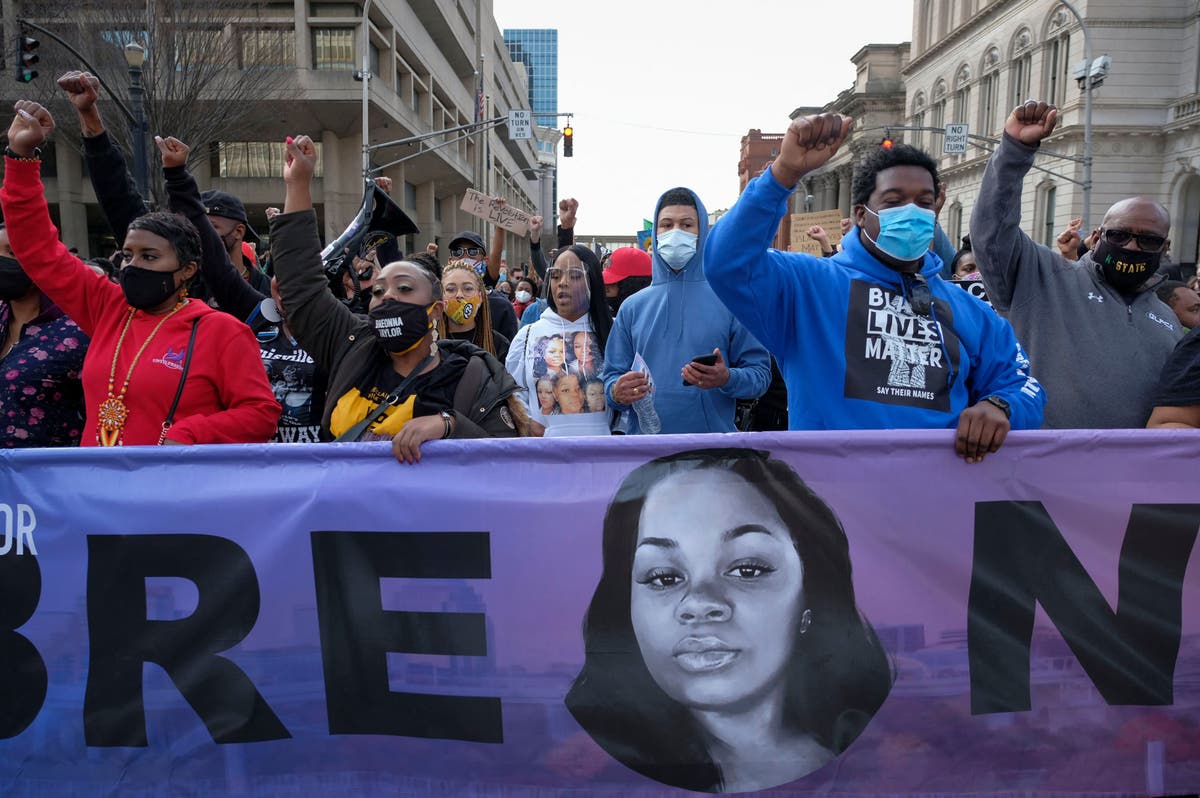 Four current and former Louisville police officers now face federal civil rights charges more than two years after the fatal shooting of Breonna Taylor, who was killed in her home during a botched police raid in March 2020.

The US Department of Justice alleges the officers used excessive force, lied to investigators and engaged in a coverup in the wake of her killing.

Officers Jaynes and Goodlett falsified information on a search warrant, violating Taylor’s Fourth Amendment rights, which led to her killing, and executed the search knowing they lacked probable cause, according to federal prosecutors.

US Attorney General Merrick Garland said the now-former officers also conspired to falsify documents after Taylor was killed and agreed to lie to investigators following her death.

Hankison – who until Thursday was the only officer charged in connection with Taylor’s killing – was acquitted of three counts of felony wanton endangerment earlier this year after firing 10 rounds into her window and a glass door that went into a neighboring apartment.

On Thursday, he was charged with willfully using unconstitutional force.

Officers executed a search warrant at Taylor’s home on 13 March, 2020, relying on a falsified affidavit used to obtain the warrant, then “conspired to mislead state, local and federal authorities” in a subsequent probe, according to Mr Garland.

The indictments allege that officers Jaynes and Goodlett met falsified an investigative document after Taylor’s death and met in a garage to conspire to mislead authorities during the probe. Meany also is accused of lying to investigators.

“Breonna Taylor should be alive today,” Mr Garland said during a press briefing on Thursday. “We share, but cannot fully imagine, the grief felt by Breonna Taylor’s loved ones.”

The 26-year-old Black woman, a medical worker, was at home with her boyfriend, Kenneth Walker, when plainclothes detectives used a batter ram to open the door shortly after midnight. Mr Walker fired a single shot from his legally owned firearm, beliving an intruder broke into the apartment.

Two officers then fired more than 20 rounds into the apartment. One round fatally struck Taylor.

Her death sparked international demands for justice and an end to police violence, part of a wave of protests in the wake of the killings of other Black people killed by police.

Jaynes was fired by the Louisville police department following Taylor’s killing, and a then-interim chief of the agency accused Jaynes of “lying” when he wrote a warrant application that he verified through the US Postal Service that Taylor was receiving packaged related to drug activists involving an ex-boyfriend.

He is suing to get his job back.

A first count charges the men with drafting a false affidavit for the warrant, which “contained false and misleading statements, omitted material facts, relied on stale information, and was not supported by probable cause,” according to the Justice Department. The indictment also alleges that both men knew that an execution of the warrant should create a “dangerous” situation.

According to the charges, the officers who executed the warrant were not aware that the affidavit was false.

In a separate bill of information, Goodlett is charged with one count of conspiracy for allegedly working with Jaynes to falsify the warrant affidavit for Taylor’s home as well as a false report to “cover up” the false affidavit.

A fourth count charges Meany with making a false statement to federal investigators.

The second indictment – against Hankison – includes two civil rights charges alleging that the now-former officer “willfully used unconstitutionally excessive force, while acting in his official capacity as an officer, when he fired his service weapon into Taylor’s apartment through a covered window and covered glass door.”

A first count against Hankison alleges that he deprived Taylor and Mr Walker of their constitutional rights by blindly firing into the apartment “through a bedroom window that was covered with blinds and a blackout curtain.”

The second count accuses him of depriving Taylor’s neighbors of their constitutional rights “by firing shots through a sliding glass door that was covered with blinds and a curtain”.

Both counts allege that Hankison’s conduct “involved an attempt to kill.”