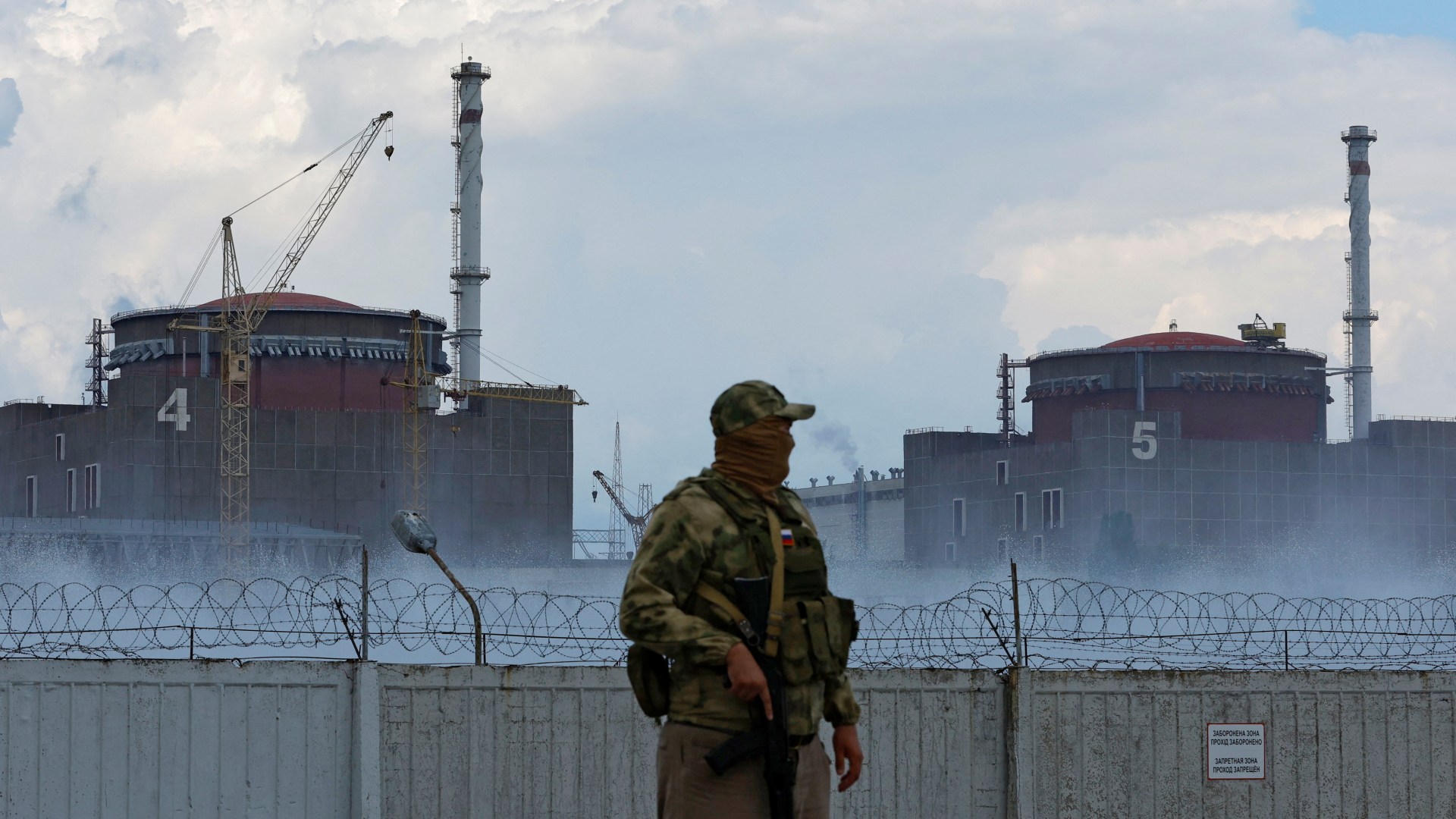 RUSSIAN troops are firing ­missiles and artillery rounds from Europe’s largest nuclear power station — because they know Ukraine ­cannot shoot back without risking a ­Chernobyl-style disaster.

Moscow has repeatedly denied launching strikes from the captured plant which the UN’s atomic energy chief has warned is now “completely out of control”.

But The Sun has obtained exclusive drone footage of military convoys marked with Mad Vlad Putin’s Z war emblem entering the site — where they are believed to have been delivering weapons and ammunition.

British spooks have said heavy artillery has been in use “adjacent to Zaporizhzhia power station” to blast targets across the River Dnieper in southern Ukraine.

Exhausted Russian soldiers have also been using a nearby town for rest and recuperation because its closeness to the power station protects them from attack.

In our footage taken on Monday at the plant, military trucks are seen driving in and stopping between power units.

Some then enter an engine room through a cargo gate, one at a time. Experts who viewed the footage say it is highly likely they are unloading weapons and ammunition.

Russia seized the plant in March and explosions at the time raised fears of a disaster of a similar scale to the 1986 Chernobyl accident which sent clouds of deadly radioactive material over Europe.

The United Nations has urged Russia and Ukraine to allow experts to visit the complex. Rafael Grossi, head of the International Atomic Energy Agency, said the situation is getting more alarming daily. Grossi called the current situation “extremely grave and dangerous”.

He said: “Every principle of nuclear safety has been violated . . . in a place where active war is ongoing.

“I have been insisting from day one that we have to be able to go there to perform safety and security evaluation, to do repairs and assist as we already did in Chernobyl.”

US Secretary of State Antony Blinken has called Russia’s actions around the plant “the height of irresponsibility” and accused Moscow of using it as a “nuclear shield”.

He said: “Of course the Ukrainians cannot fire back lest there be a terrible accident involving the nuclear plant.”

Russia said: “We repeatedly stated that actions of our armed forces in no way undermine Ukraine’s nuclear security or impede routine operation of the plant.”

It comes as Ukraine’s President Volodymr Zelensky blasted Amnesty International for accusing his troops of violating humanitarian law by establishing bases in residential areas and so “endangering civilians”.