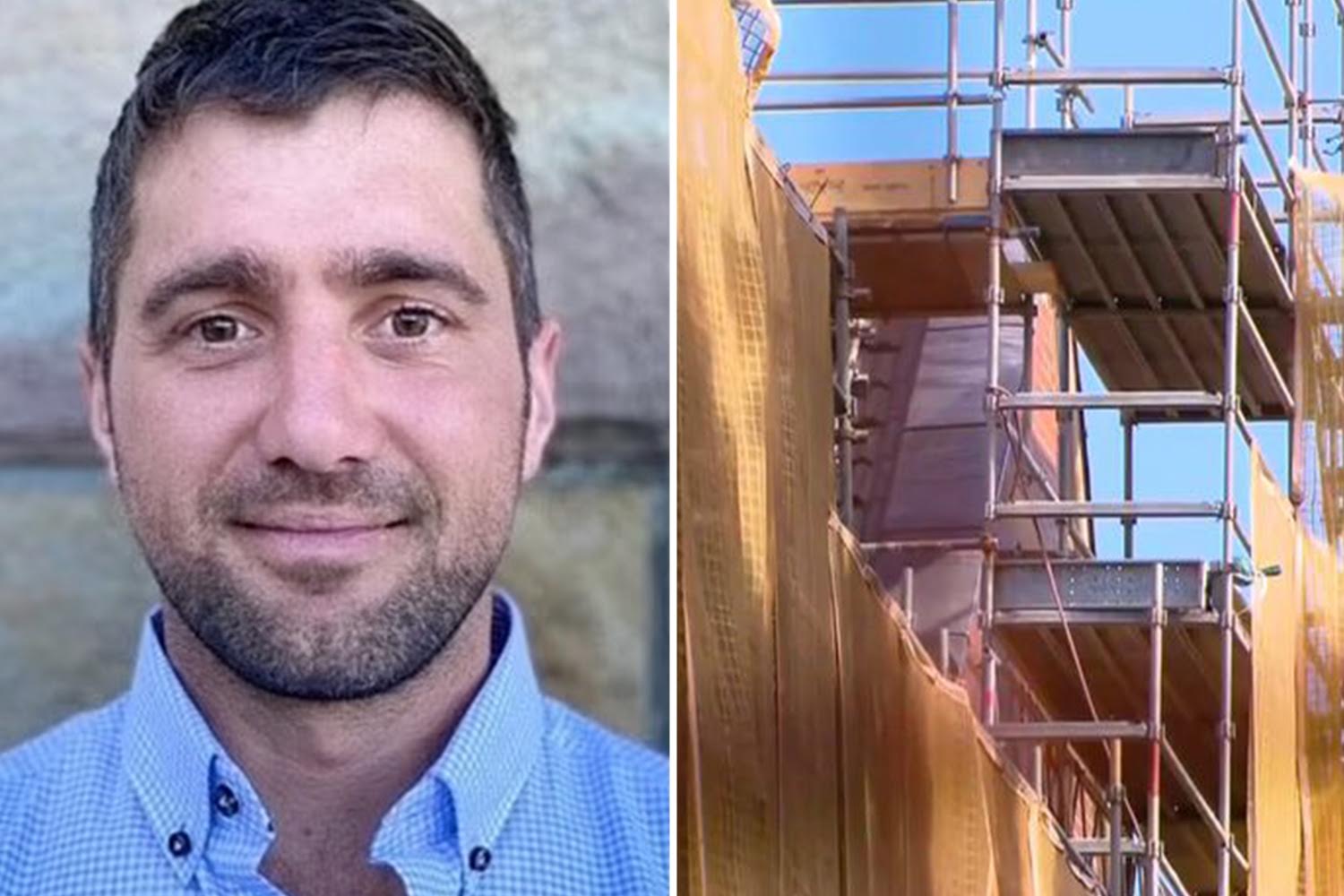 A BRIT workman has been crushed to death on a building site after “several tonnes” of bricks, concrete and scaffolding fell on him.

Stonemason Alistair Bidmead had working on the façade of a high school in Sydney, Australia, on Friday when the structure collapsed.

He had been restoring the third story of the 170-year-old Fort St High School’s main building in Petersham when tragedy struck.

Alistair, originally from the Cotswolds, Gloucestershire, was buried under the rubble after it caved in shortly before 11.30am.

The skilled craftsman is believed to have been killed instantly after being hit by a sandstone concrete slab weighing several tonnes.

According to 9News, a number of Alistair’s horrified workmates watched their pal entombed by the weighty materials.

The stonemason, who owned Bidmead & Co based in Fairlight on Sydney’s northern beaches, could not be resuscitated.

NSW Ambulance Inspector Michael Corlis announced he had died at the scene.

He said: “His injuries were [such] he could not be resuscitated … unfortunately there was nothing we could do.”

Fire and Rescue NSW Adam Dewberry said it will be a “complex operation to recover the person”.

He continued: “The students have been moved away from the area and looked after.

“One of our firefighters took the time to talk to a co-worker to make sure he was alright.”

A crane arrived five hours after the devastating incident to remove the hefty slab of concrete and bulky rubble to retrieve Alistair’s body.

He was found among the mangled scaffolding and debris.

It is believed a façade broke loose from the structure before collapsing on top of him.

One parent of a student at the school said: “It’s so very sad so that’s why I went to pick up my son and take him home and comfort him.”

Alistair was a classically trained stonemason who formed a business focusing on restoration services on heritage buildings.

He had been in the business for more than 16 years, undertaking and managing projects in both Australia and the UK.

The education department and the school declined to comment.

A crime scene was established with police and Safe Work Australia investigating.