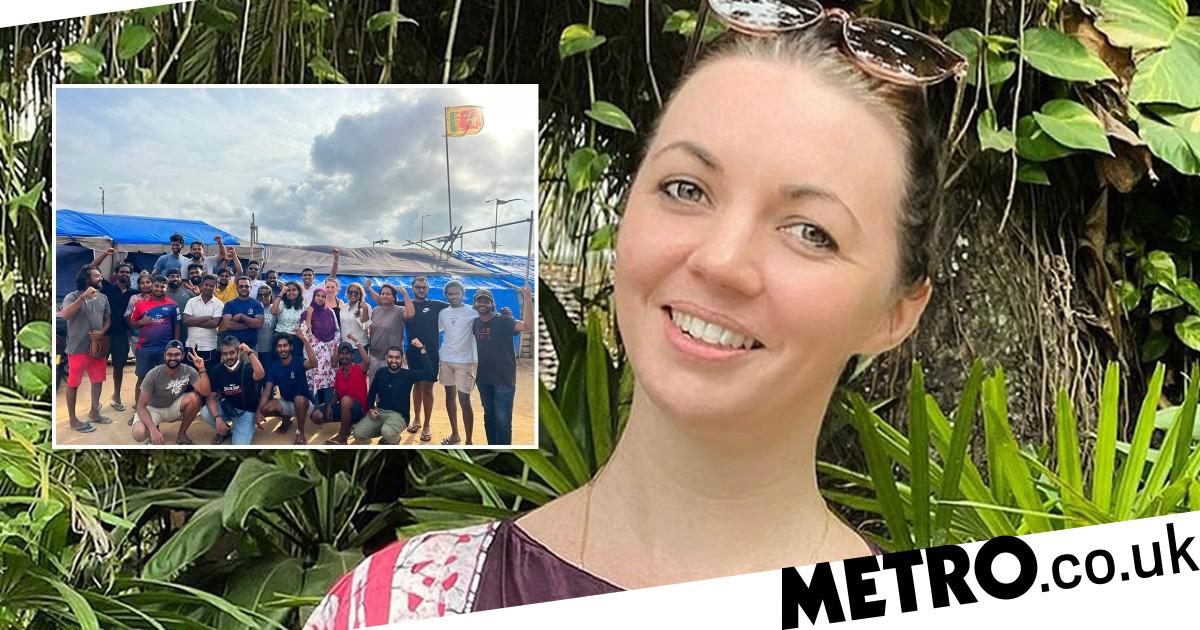 A Scottish woman living in Sri Lanka has had her passport taken away by authorities, who threatened to ‘handcuff’ her if she resisted.

Kayleigh Fraser, 34, from St Andrews, has been vocal on social media in her support for people protesting against the country’s economic crisis.

Six immigration officers turned up at her door on Tuesday, insisting she had violated her visa conditions. Two tried to barge into her home to grab her passport.

The day before, Ms Fraser received a panicked call from an employee at the company which issued her visa.

They told her to leave the country immediately because authorities were investigating her.

Ms Fraser says she was told to wait for at least seven days for her passport to be returned while ‘an investigation’ is carried out.

Speaking about the confrontation with immigration officers, she said: ‘They accosted me in the street and were outside my house for about 40 minutes, but they couldn’t even tell me what I had done wrong.

‘They kept saying I had violated the terms of my visa, but they didn’t even know what visa I was on until they finally got hold of my passport. I didn’t feel safe.’

She said she felt like she was being harassed for drawing attention to the ongoing issues faced by the Sri Lankan public, such as inflation and fuel shortages.

Activist lawyer Nagananda Kodituwakku, general secretary of the Vinivida Foundation, has been in touch with her to help her case.

The pair will meet with officials at the country’s immigration and emigration department on Monday to hopefully retrieve her passport.

Ms Fraser said she believes 40 to 50 people have been arrested in relation to protests in the last two weeks alone.

She said: ‘When they threatened to handcuff me it was quite frightening because under emergency law, they can really do anything.

‘What is happening to these people is absolutely appalling. There hasn’t been enough attention on the suffering that they are going through.

‘The government is using tear gas on peaceful activists, it’s horrific. Social media has been powerful at helping keep the people here as safe as they can be by showing more about what’s going on.’