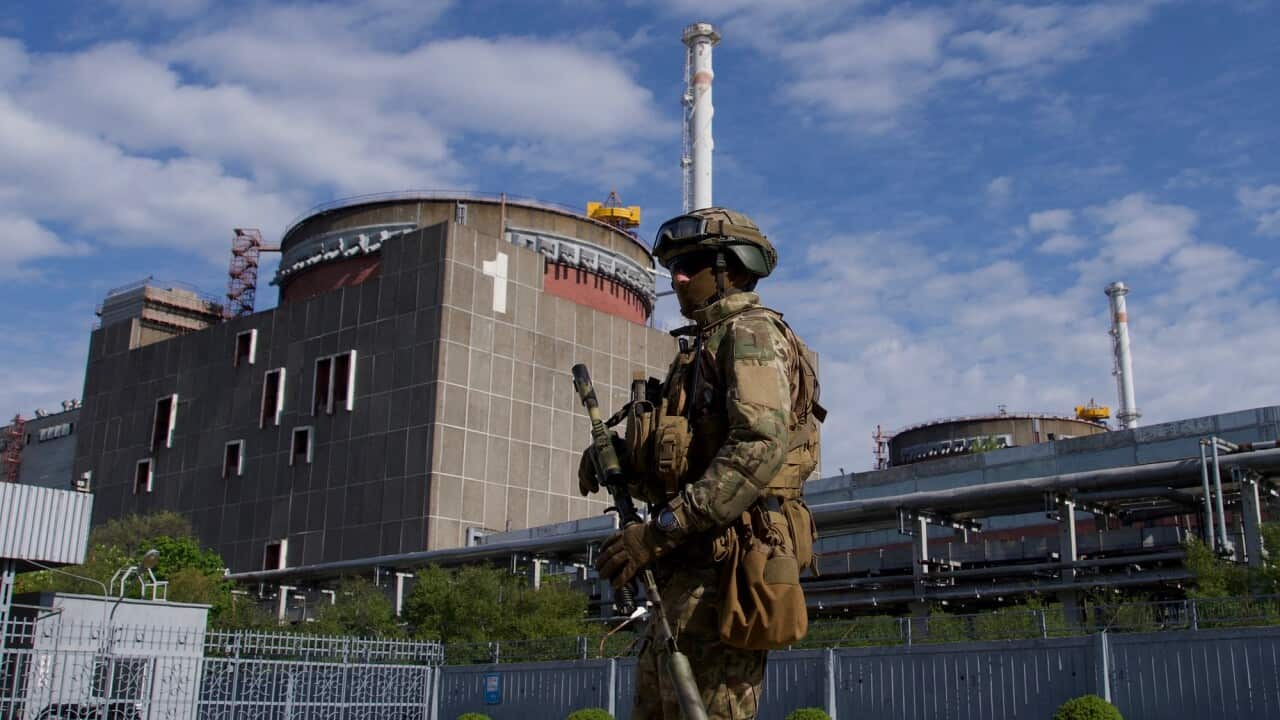 The head of the International Atomic Energy Agency raised grave concerns about shelling at a nuclear power plant in Ukraine, as its military said Russian forces had attacked dozens of front-line towns.
Since Russia invaded Ukraine on 24 February in what President Vladimir Putin termed a “special military operation”, the conflict has settled into a war of attrition fought largely in Ukraine’s east and south.

But the fighting over the Zaporizhzhia nuclear plant in the south, captured by Russian forces in the opening stage of the war but still run by Ukrainian technicians, has raised the prospect of a wider disaster.

“I’m extremely concerned by the shelling yesterday at Europe’s largest nuclear power plant, which underlines the very real risk of a nuclear disaster,” IAEA Director General Rafael Mariano Grossi said in a statement.
Both sides in the conflict have accused each other of engaging in “nuclear terrorism”.

The United States has accused Russia of using it as a “nuclear shield” while Russia’s defence ministry said damage to the plant had only been avoided thanks to the “skilful, competent and effective actions” of its units.
Mr Grossi, who leads the United Nation’s nuclear watchdog, urged all sides to exercise the “utmost restraint”.

Shells hit a high-voltage power line on Friday at the facility, prompting its operators to disconnect a reactor despite no radioactive leak being detected.

While the world’s attention was focussed on the nuclear plant, the war was grinding on in the east and south.
Russia is trying to gain control of the largely Russian-speaking Donbas region in the east, comprised of Luhansk and Donetsk provinces, where pro-Moscow separatists seized territory after the Kremlin annexed Crimea to the south in 2014.
Ukraine’s military said late on Saturday that Russian forces had shelled dozens of front-line towns and were trying to attack in six different areas in the Donetsk region, all of which failed to gain any territory and were held back by Ukrainian forces.
Reuters could not verify either side’s assertions about battlefield developments.
Ukraine’s President Volodymyr Zelenskiy said on Saturday said that over the past week its forces had “achieved powerful results” in destroying Russia’s logistics supplies and rear bases.

“Every strike on the enemy’s ammunition depots, on their command posts, and on accumulations of Russian equipment saves the lives of all of us, the lives of Ukrainian military and civilians,” he said in a late-night video address.

British military intelligence said earlier that Russian forces were almost certainly amassing in the south, anticipating a counter-offensive or in preparation for an assault, and the war was about to enter a new phase, with most fighting shifting to a nearly 350 km (217 mile) front from near Zaporizhzhia to Kherson, parallel to the Dnieper River.
Ukraine’s forces were focusing on hitting bridges, ammunition depots, and rail links with growing frequency in its southern regions, including the strategically important railroad spur that links Kherson to Russian-occupied Crimea, it said.

In a positive development, Ukraine is starting to resume grain exports, easing fears of a global food crisis, in an effort overseen by a Joint Coordination Centre in Istanbul where Russian, Ukrainian, Turkish and UN personnel are working. Before the invasion, Russia and Ukraine together accounted for nearly a third of global wheat exports.
On Saturday, a foreign-flagged ship arrived in Ukraine on Saturday for the first time since the war started, to load up with grain, Ukrainian Infrastructure Minister Oleksandr Kubrakov said.
Mr Zelenskyy welcomed the resumption of exports though he said risks remained.
“The threat of Russian provocations and terrorist acts remains. Everyone should be aware of this,” he said.

“But if our partners fulfil their part of the commitment and guarantee the security of supplies, this will really solve the global food crisis.”

Following uproar over a human rights report by the group Amnesty International, which accused Ukraine’s armed forces of endangering civilians by basing troops in residential areas during the invasion, the head of its Ukraine office quit saying she had opposed its publication.
The Amnesty report drew fierce criticism from the Ukrainian government with Zelenskiy leading denunciations, accusing the group of “trying to shift the responsibility from the aggressor to the victim”.
An Amnesty spokesperson said it was sorry to see the head of its Ukraine office leave and the group was preparing a further statement on the contentious report.

Ukrainian officials say they take every possible measure to evacuate civilians from front-line areas. Russia denies targeting civilians in what it describes as a “special military operation” in Ukraine.