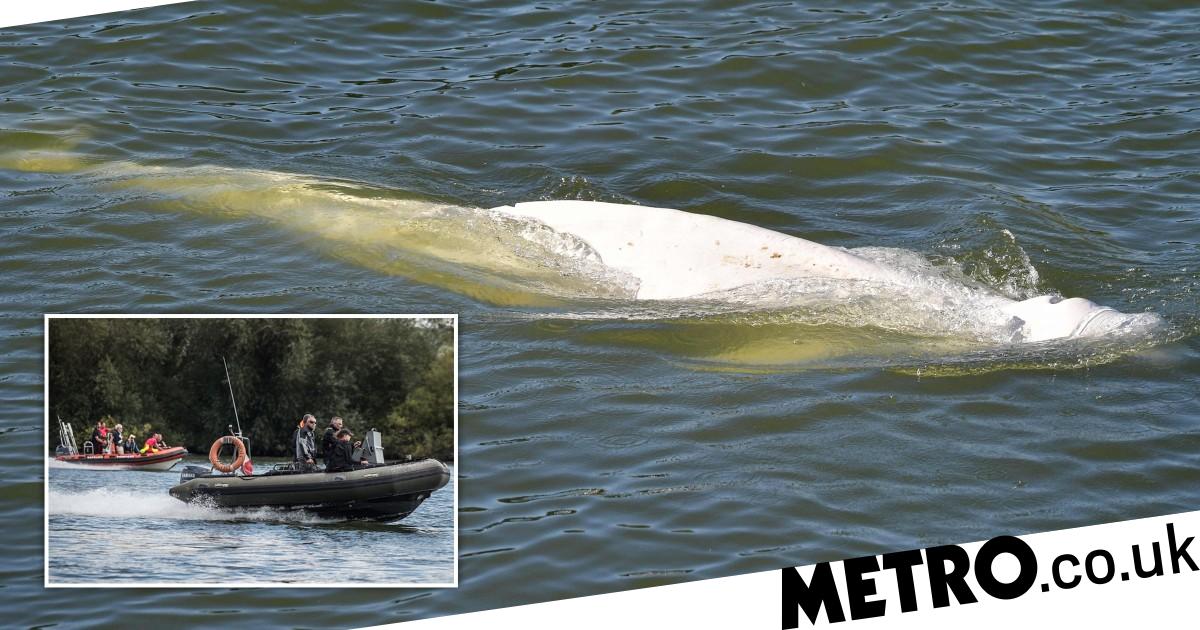 An emaciated beluga whale stranded in the River Seine has been given a life-saving vitamin cocktail amid a ‘race against the clock’ to stop it from starving to death.

The mammal, now marooned between Paris and the city of Rouen in Normandy, was spotted on Wednesday after straying thousands of miles from its Arctic home.

Its refusal of food and the white spots on its body are signs it could be starving to death.

Conservationists said it has grown so thin, its bones are protruding.

Police approved environmentalists pumping it with vitamins this afternoon.

But it isn’t yet clear if this would be enough to keep the cetacean alive, Lamya Essemlali, president of marine conservation group Sea Shepherd France, told a news conference.

‘It is really extremely thin. Its bones are protruding. I don’t know if it’s already too late’, she said.

The hope is that the drugs will bring the whale back to health by stimulating its appetite.

The beluga snubbed a catch of herring offered by Sea Shepherd France on Friday, as well as live trout.

Writing on Twitter on Sunday afternoon, Sea Shepherd France said it is alert and moving, despite still not eating.

This means it will not yet be put down and could be shifted back to the sea.

Gerard Mauger, of the GECC marine conversation society, said on Friday: ‘It seems very skittish… it rises to the surface only briefly, followed by long dives’.

Based on sonar recordings, the beluga was also emitting very few of the noises the whales are known for, raising further concerns about the animal’s health.

Rescuers have been monitoring it with two drones after it was spotted in the river at Saint-Pierre-la-Garenne.

Belugas normally live in Arctic and sub-Arctic oceans, but sometimes stray into southern waters and river estuaries. They can temporarily survive in fresh water.

It is not known why the animal travelled so far from its natural habitat. The public is urged to keep away from the animal.