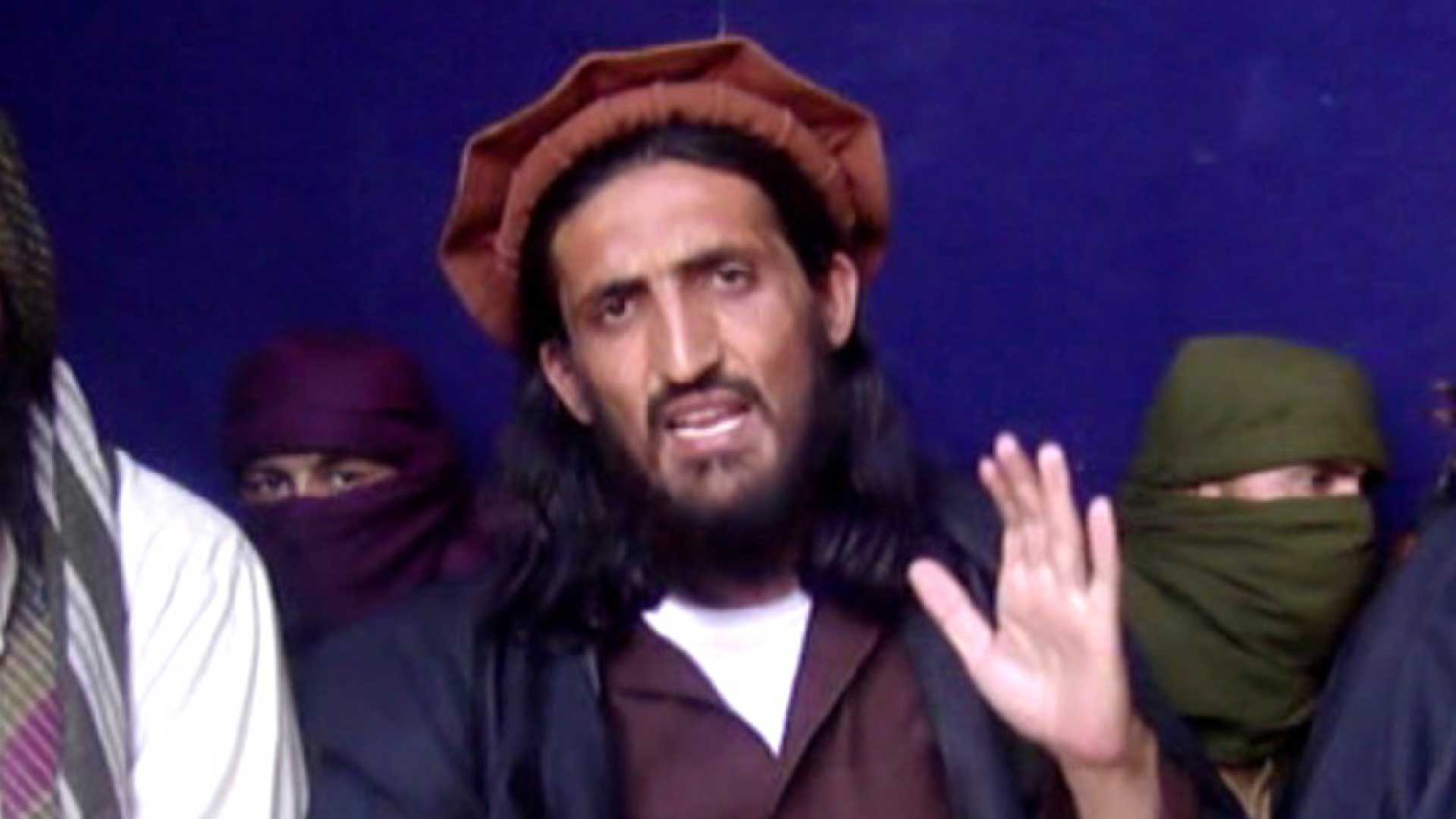 A MAJOR terrorist leader from the Tehrik-e-Taliban Pakistan (TTP) has died in a blast in southeastern Afghanistan, local sources say.

Abdul Wali, also known as Omar Khalid Khorasani, is one of those killed in the blast.

He was considered to be one of the most influential and ruthless of the TTP bosses, Radio Free Europe reports.

Wali was the leader of Jamaat ul-Ahrar (JuA), a militant faction affiliated with the U.S-designated Foreign Terrorist Organization, according to Rewards for Justice.

Their deaths are believed to be a heavy blow to the group, known as the Pakistani Taliban.

Two other men who died have been identified as Hafiz Dawlat and Mufti Hassan.

The trio were driving in the Birmal district of the Afghan province of Paktika when their car hit a roadside mine on the evening of August 7, anonymous sources told the network.

It is believed they were heading to Birmal “for consultation”, the sources said.

They were based in Afghanistan’s Kunar and Nangarhar provinces.

In October 2017, it was incorrectly reported Wali was killed by a suspected US drone attack in Afghanistan.

At the time, it was reported he led a faction of the Pakistani Taliban behind several high-profile bomb attacks inside Pakistan.

Just a year later, the US put Wali on a bounty list with a reward of up to $3 million for information on his whereabouts.

Journalist Pir Zubair Shah posted to Twitter: “One of the cofounders of Pakistani Taliban group, TTP Abdul Wali aka Omar Khalid had been killed in Afghanistan, sources in the region say.

“The circumstances surrounding his killing are not clear yet.”

It comes after the world’s most wanted terrorist Ayman Al-Zawihiri was sold out by his former allies after holing up in a safehouse in Kabul’s warlord quarter.

The Al Qaeda leader was blitzed by a volley of Hellfire rockets fired from a US drone just yards from the old British embassy.

The Egyptian born killer, who served Osama bin Laden’s doctor, had been under surveillance for weeks after 25 years on the run.

He was killed at 6.18am on Sunday after stepping onto his balcony alone.

MI6 boss Richard Moore paid tribute to the secret agents who revealed his location in the bling Sherpur neighbourhood.

The spymaster known as ‘C’ retweeted a message saying: “We will never know the names of all who made this day possible.”