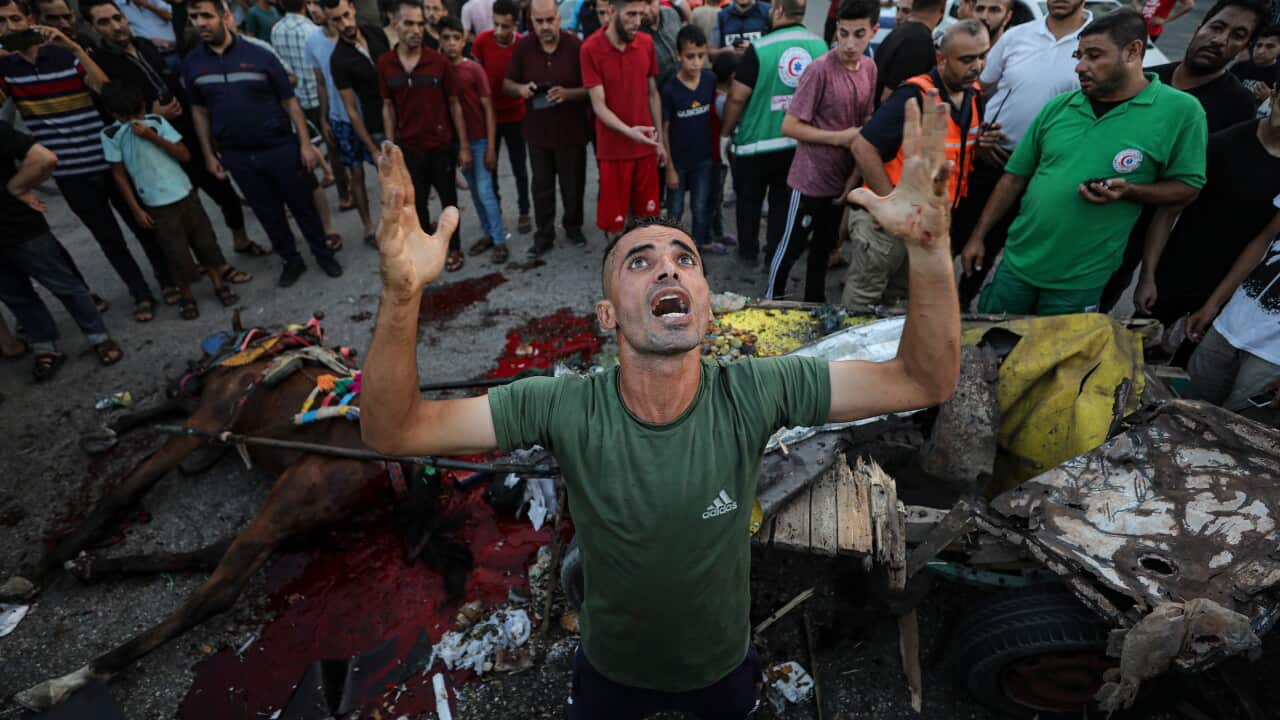 Israel and Islamic Jihad militants on Sunday began a precarious Egyptian-brokered truce hoped to end three days of intense conflict in Gaza that has left at least 44 Palestinians dead, including 15 children.
The truce, which officially started at 11.30pm local time, aims to stem the worst fighting in Gaza since an 11-day war last year devastated the Palestinian coastal territory.
But a flurry of strikes and rocket attacks took place in the run-up to the truce, with sirens sounding in southern Israel moments before and after the deadline.
In a statement sent three minutes after the ceasefire began, Israel’s army said that “in response to rockets fired toward Israeli territory, the (military) is currently striking a wide range of targets” belonging to Islamic Jihad in Gaza.
In a subsequent statement, the army said its “last” strikes took place at 11.25pm.

While both sides had agreed to the truce, each had warned the other that it would respond with force to any violence.

“The situation is still very fragile, and I urge all parties to observe the ceasefire,” UN Middle East peace envoy Tor Wennesland said in statement.

Since Friday, Israel has carried out heavy aerial and artillery bombardment of Islamic Jihad positions in Gaza, with the militants firing hundreds of rockets in retaliation.

Buildings in Gaza have been reduced to rubble, while Israelis have been forced to shelter from a barrage of rockets.

Israeli Prime Minister Yair Lapid’s office late on Sunday thanked “Egypt for its efforts” as it agreed to the truce, but said it that “if the ceasefire is violated”, Israel “maintains the right to respond strongly”.
Islamic Jihad member Mohammad al-Hindi had already confirmed the militants had accepted the truce, but the group added in a statement that it too “reserves the right to respond” to any aggression.
In addition to the 44 people killed including 15 children, the Gaza health ministry said 360 people had been wounded in the Palestinian enclave, which is run by the Islamist group Hamas.

Israel insists several children in the territory have been killed by stray militant rockets. 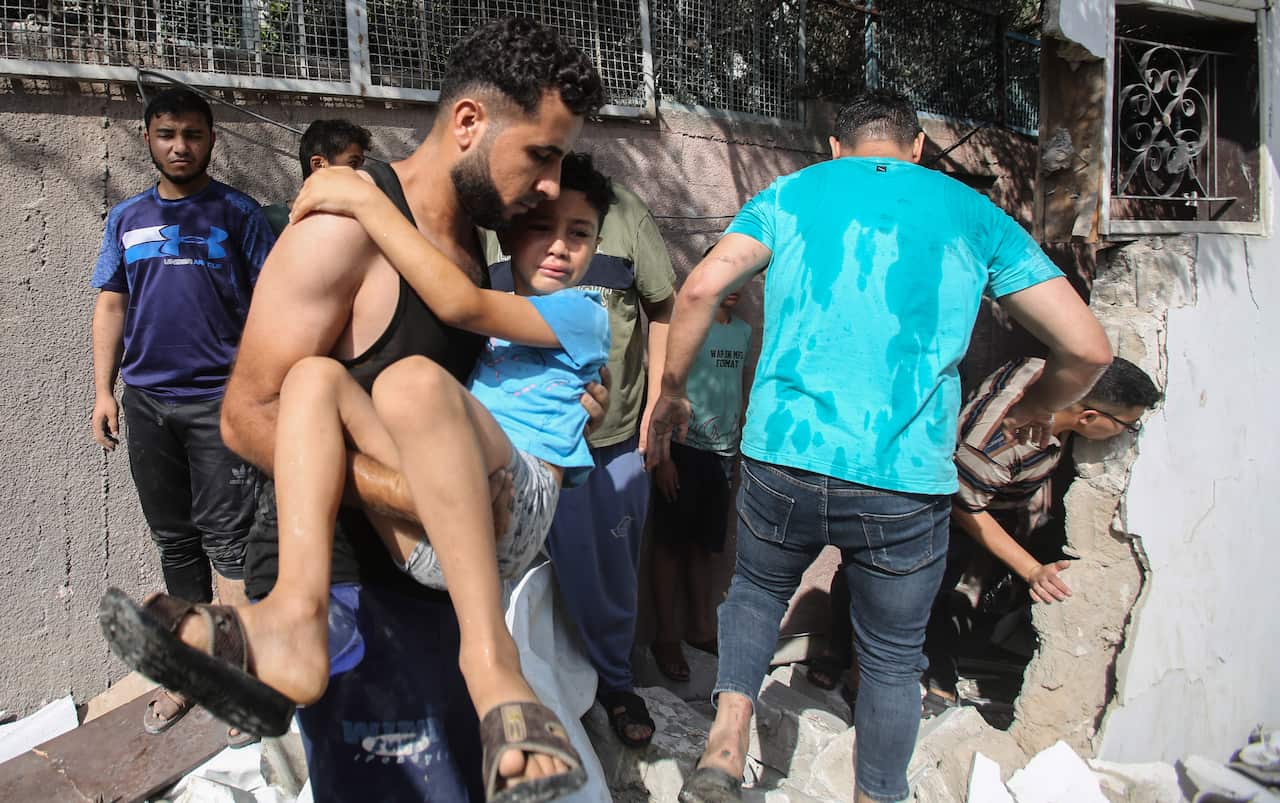 A Palestinian man rescues his son at the site of an Israeli air strike in Gaza. Source: AAP / SOPA Images/Sipa USA

Three people in Israel have been wounded by shrapnel, while 31 others have been lightly hurt, emergency services said.

The pair were named as Bassem al-Saadi, a senior figure in the group’s political wing who was recently arrested in the occupied West Bank, and Khalil Awawdeh, a militant also in Israeli detention.

‘We haven’t slept for days’

Gaza resident Nour Abu Sultan had said earlier on Sunday that she was “awaiting the declaration of the ceasefire on tenterhooks”.
“We haven’t slept for days (due to) heat and shelling and rockets, the sound of aircraft hovering above us… is terrifying,” the 29-year-old said.
Dalia Harel, a resident in the Israeli town of Sderot close to the Gaza border, said she was “disappointed” at news of a truce despite her five children being “traumatised”.

“We’re tired of having a military operation every year,” she said. “We need our military and political leaders to get it over with once and for all… we’re not for war, but we can’t go on like this.”

Islamic Jihad is aligned with Hamas but often acts independently. Hamas has fought four wars with Israel since seizing control of Gaza in 2007, including the conflict in May last year.
The Israeli army has said the entire “senior leadership of the military wing of the Islamic Jihad in Gaza has been neutralised”.
Muhammad Abu Salmiya, director general of the Shifa hospital in Gaza City, said medics were treating wounded people in a “very bad condition”, warning of dire shortages of drugs and fuel to run power generators.
The army said it had struck over a hundred Islamic Jihad positions, with the militants firing hundreds of rockets and mortars, some of them falling short inside Gaza.
Israel has said it was necessary to launch a “pre-emptive” operation on Friday against Islamic Jihad, which it said was planning an imminent attack.

The army has killed senior leaders of Islamic Jihad in Gaza, including Taysir al-Jabari in Gaza City and Khaled Mansour in Rafah in the south.