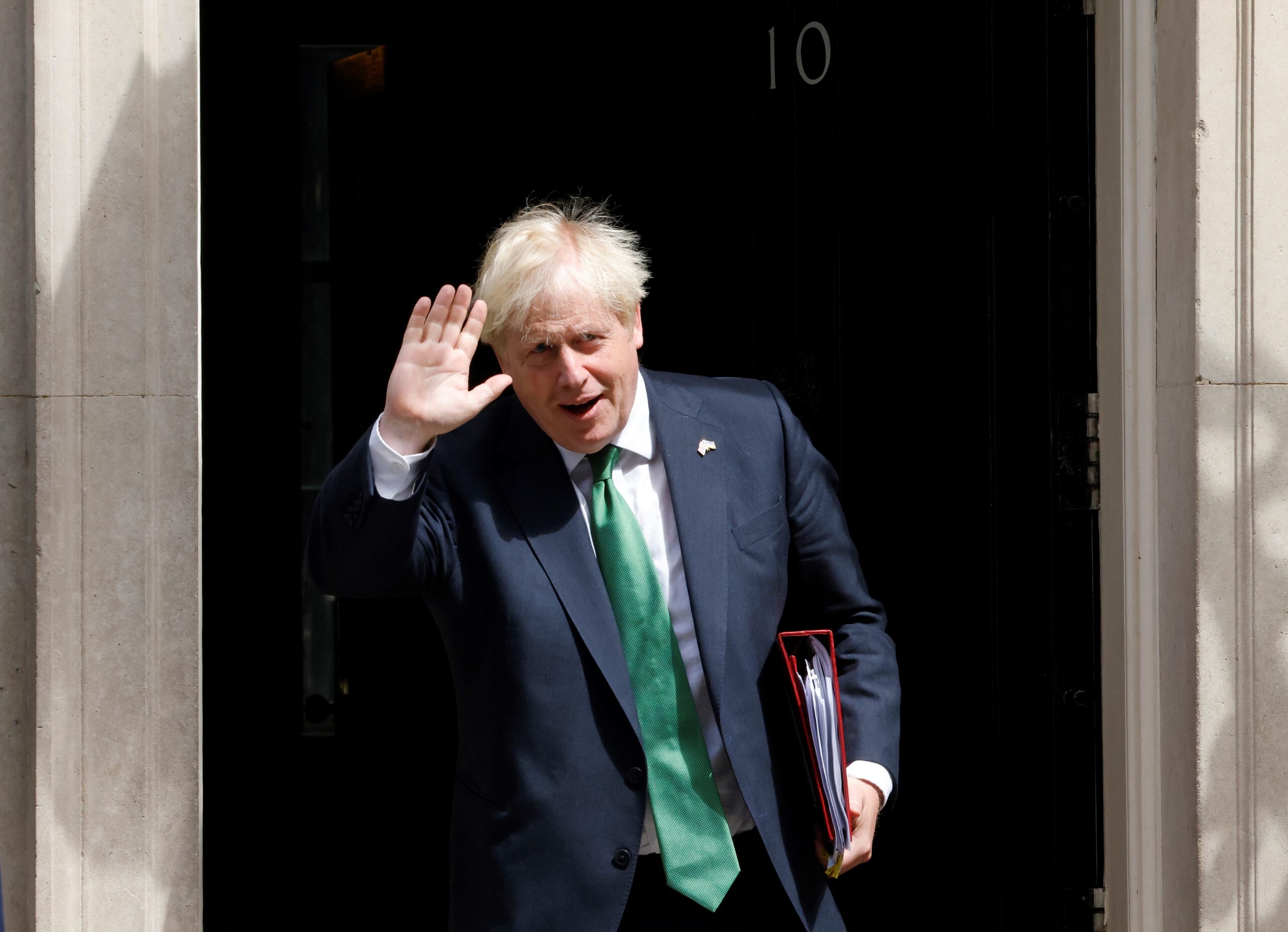 The race to replace Boris Johnson as Conservative leader and Britain’s prime minister is heating up, with eight candidates facing a first vote among Tory MPs on Wednesday.

While several possible successors are seen as frontrunners, there is no clear favourite — and such contests are notoriously volatile.

Sunak, 42, launched his campaign on Tuesday, saying he would not “demonise” the outgoing Johnson despite helping to trigger his demise.

Long seen as Johnson’s most likely successor, his prospects were dented earlier this year by questions over his private wealth and family’s tax arrangements.

Sunak earned millions in finance before politics, and his Indian wife Akshata Murty’s father co-founded the IT giant Infosys.

His apparent reluctance to embrace the immediate tax cuts being promised by rivals could also harm his prospects.

But a recent poll of Conservative members who will eventually vote for their new leader put Sunak on top.

Mordaunt, 49, the first woman to have been UK defence secretary and currently a trade minister, joined the contest in a video posted to social media Sunday.

A strong Brexit supporter and key figure in the 2016 “Leave” campaign, she has been tipped as a potential unity candidate who could draw support from the Conservative party’s warring factions, and is popular among grassroots members.

The former magician’s assistant launched her campaign on Wednesday, promising a return to Conservative policies of “low tax, small state and personal responsibility” and a “relentless focus on cost-of-living issues”.

The 46-year-old is popular among Conservative members for her outspokenness.

But that has also stoked questions about her judgement, for instance when in February she encouraged Britons to fight in Ukraine.

Critics say her leadership posturing has been too overt and question her principles, after she campaigned against Brexit in 2016 only to ally herself with the Tory right.

When she headed the Department for International Trade, some MPs dubbed it the “Department for Instagramming Truss” because of her prolific output on the social media site.

Former foreign and health secretary Hunt, 55, lost to Johnson in 2019, but confirmed Saturday he will run again.

A supporter of remaining inside the European Union during the 2016 referendum, he has revealed Brexiteer Esther McVey will be his deputy if he wins.

A fluent Japanese speaker but lacking Johnson’s charisma, he has also vowed to cut corporation tax from 25 to 15%.

The 55-year-old is a former refugee from Iraq who came to Britain as a child speaking no English. Before entering politics, he co-founded the prominent polling company YouGov.

But his private wealth has also drawn adverse attention, including when he claimed parliamentary expenses for heating his horse stables.

His fledgling campaign was endangered Sunday after newspapers reported he is being investigated by UK tax authorities, though he has denied wrongdoing.

The prominent backbencher who chairs parliament’s influential foreign affairs committee was the first to launch his bid.

A former army officer who served in the Middle East, he is also a hawk on China and has been critical of the government’s handling of the troop withdrawal from Afghanistan.

The 49-year-old committed to spending 3.0% of GDP on defence as he launched his campaign on Tuesday.

Attorney General and arch-Brexiteer Braverman declared her campaign in media interviews last week, even before Johnson announced his resignation.

The 42-year-old is popular within the party for her Euroscepticism and fierce attacks on “woke” politics.

She is one of 28 so-called “Spartan” Tory MPs, who refused to back ex-prime minister Theresa May’s Brexit deal on all three occasions it was voted on in parliament.

Former equalities minister Badenoch, who resigned last week, has one of the lowest profiles of the current contenders but is polling well among the party’s members.

Another trenchant critic of “identity politics”, the 42-year-old is a strong defender of conservativism and received a boost with the endorsement of Tory heavyweight Michael Gove.