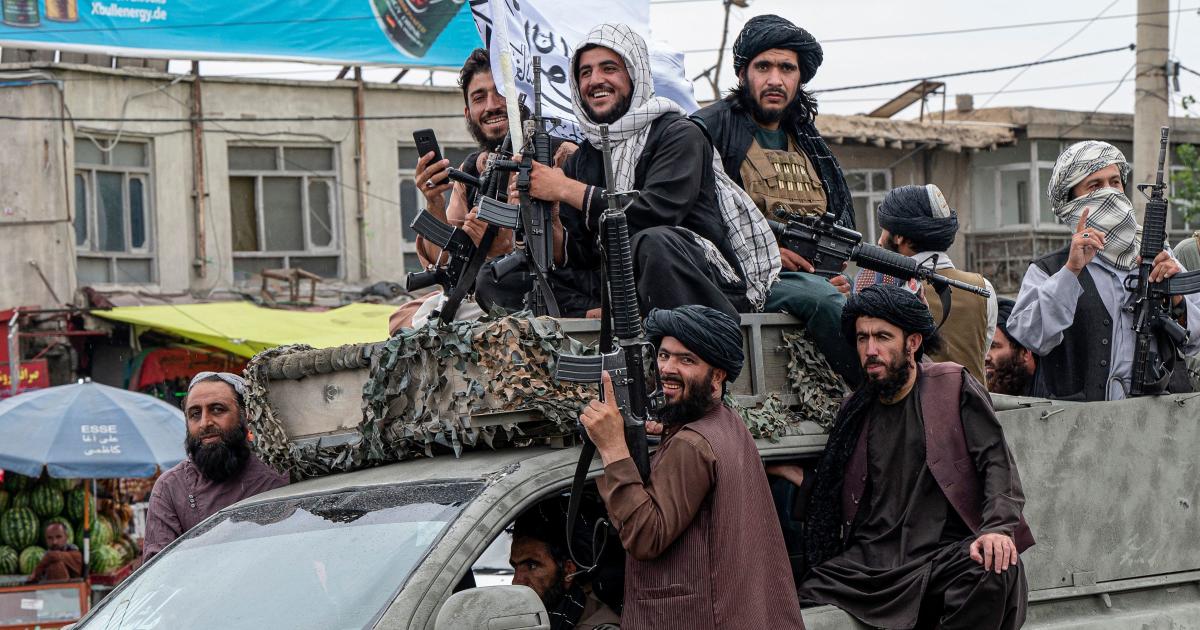 Kabul — The ignoble end to America’s war in Afghanistan — the longest war the U.S. has ever fought — will forever be remembered by the chaotic scenes at Kabul’s international airport. Thousands of Afghans stormed the runway in a desperate attempt to flee the country after learning that the U.S.-backed government had fled, leaving the Taliban back in control.

Video even showed desperate Afghans clinging to a moving U.S. military aircraft as it sped down a runway and then rose into the sky. Some fell to their deaths.

Zakir Rezayee and his family still relive the anguish of those harrowing scenes every day. His 17-year-old son Zabi was found among the dead. His 19-year-old son Zaki, who was also among those holding onto the aircraft, hasn’t been seen or heard from since.

“The only memories I have of that day are that my children’s bodies were mangled and torn to pieces,” Rezayee told CBS News. “It’s one year that I’ve been searching for my son. This is the calamity that I remember.”

But for the Taliban, August 15 is a day of celebration.

Hundreds of the militants and their supporters filled a central Kabul square, just yards from where the U.S. Embassy once stood, waving flags and chanting “God is great,” rejoicing that they were firmly back in control of the country they ruled from 1996 until the 2001 U.S.-led invasion, after the 9/11 terror attacks.

As the Taliban celebrated the one-year anniversary of their takeover on Monday, however, there could be no mistaking that Afghanistan is a more isolated nation than ever. Not a single other country has recognized the extremist group’s new government.

But they are running the country. The Taliban’s day-to-day focus seems largely to have been reasserting full control over the lives of women and girls. They’ve told women not to go to work, have said girls over the age of 12 cannot go to most formal schools, and have placed restrictions on their freedom of movement.

Most of the measures are enforced by the revived Ministry of Vice and Virtue, one of the Taliban’s most feared institutions from its last reign of power from 1996 to 2001.

Its enforcers have been seen around Kabul, including in shopping malls, where they seem to have taken more gentle approach when lecturing male shoppers on the importance of daily prayers and growing beards.

When CBS News asked Ministry of Vice and Virtue spokesman Akif Muhajir if he could see why the world would look at the actions of his ministry with suspicion, particularly on this issue of women, Muhajir replied bluntly: “No. We don’t listen to the world as far as our Islamic law prescribes. We will not yield to the world’s unwarranted pressures.”

Despite the risk, some Afghan women have continued to defy the Taliban.

In a rare protest over the weekend, about 40 women took to the streets of Kabul to demand their rights, chanting: “bread, work, and freedom.” They were met with gunfire, as Taliban security forces fired live rounds into the air to disperse them.

One year into the Taliban’s takeover of Afghanistan, the nation also remains in the grips of what the United Nations considers the world’s “worst” humanitarian crisis.

The Biden administration has frozen billions of dollars in Afghan government assets held outside the country, and foreign donors have pulled vast amounts of funding that once made up three-quarters of the nation’s annual budget.

Afghanistan has become a less violent place since the Taliban’s takeover and the end of America’s longest war. But as the Taliban continues to strip away basic rights and the economy continues its freefall, the future for most Afghans continues to look bleak.

Imtiaz Tyab is a CBS News correspondent based in London.