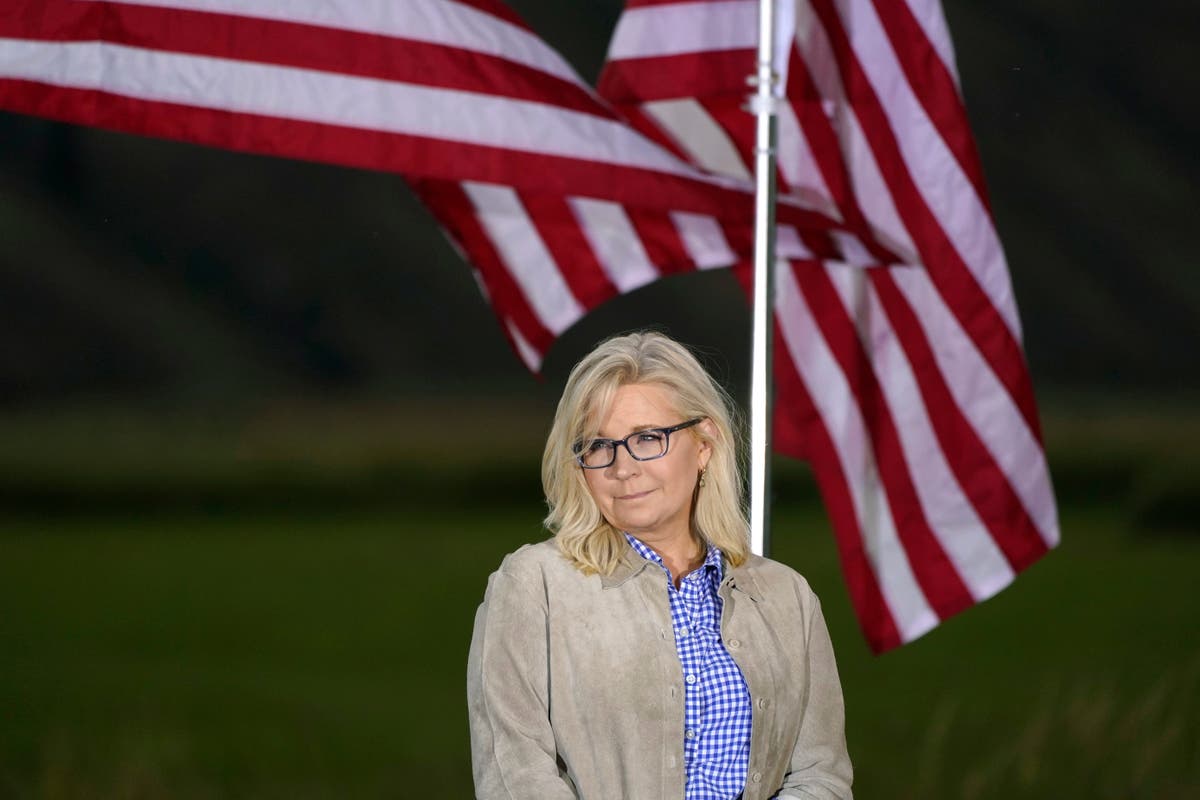 Representative Liz Cheney – the most high-profile and outspoken critic of Donald Trump in the GOP – delivered a defiant speech to supports as she lost her primary race for the Republican nomination for Wyoming’s at-large district.

Ms Cheney remarked how she won her last primary in 2018 with more than 73 per cent of the vote and she could have easily done the same again.

“But it would’ve required that I go along with President Trump’s lie about the 2020 election,” she said. “That was a path I could not and would not take.”

Harriet Hageman, whom Mr Trump endorsed, overwhelmingly beat Ms Cheney on Tuesday evening. Ms Cheney said in her speech that she understood that she could lose her race given her continued criticisms of the GOP.

“No House seat, no office in this land is more important than the principles that we are all sworn to protect,” she said. “And I well understood the potential political consequences of abiding by my view, our republic relies upon the goodwill of all candidates for office to accept honorably the outcome of elections.”

“Tonight, Harriet Hageman has received the most votes in this primary,” she said. “She won. I called her to concede the race. This primary election is over. But now the real work begins.”

Ms Cheney’s loss comes after her repeated criticisms of Mr Trump and her leading role on the House January 6 committee, which held a series of damaging public hearings on the ex-president’s conduct around the Capitol riot. She was also one of 10 Republicans who voted to impeach Mr Trump for his role in the riot.

Initially, she survived a challenge to her position as chairwoman of the House Republican conference. But eventually House Minority Leader Kevin McCarthy supported her removal after her repeated criticism of the GOP and Mr Trump.

Mr McCarthy eventually endorsed Ms Hageman, as did Representative Elise Stefanik, who replaced Ms Cheney as chairwoman of the House Republican conference. Both appeared over video at a Trump rally in Wyoming earlier this year.

Ms Cheney warned how lies and mistruths continue to pose a threat to the country.

“History has shown us over and over again how poisonous lies destroy free nations,” she said.

Wyoming delivered Mr Trump his strongest win in the 2020 presidential election, which made Ms Cheney’s repeated criticisms of him politically radioactive.

Similarly, her opposition to Mr Trump became even more visible in her role as vice chairwoman of the House select committee investigating the riot on January 6.

So far, the only two Republicans who voted to impeach Mr Trump to win their primaries are Representative David Valadao of California, who faces a tough general election race, and Dan Newhouse of Washington. Conversely, Representatives John Katko of New York, Fred Upton of Michigan, Anthony Gonzalez of Ohio and Ms Cheney’s fellow select committee member Adam Kinzinger of Illinois all announced they would not seek re-election.

In the closing weeks of the election, Ms Cheney doubled down on her criticisms of the former president. Her father, former vice president Dick Cheney who held the same seat for year, said “there has never been an individual who is a greater threat to our republic than Donald Trump.”

During her concession speech, Ms Cheney also criticised Republican attempts to defend Mr Trump after the FBI executed a search warrant on his home at Mar-a-Lago. Ms Cheney said that to buy in Mr Trump’s lies is to believe that 30 career agents went to his home in Palm Beach to plant evidence.

“This is yet another insidious lie,” she said. “Donald Trump knows that voicing knows conspiracies will provoke violence and threats of violence.”