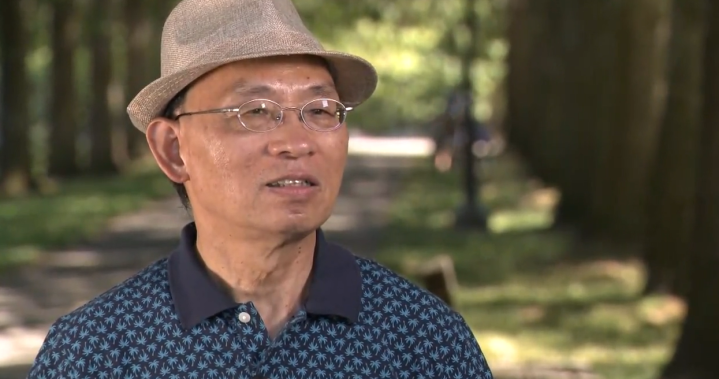 Most Canadians will never wake up to find a pair of agents with Canada’s national spy agency at their door, but that’s the situation a former newspaper editor living on the Lower Mainland found himself in Wednesday morning.

Victor Ho, the former editor of the Sing Tao Daily, Canada’s largest Chinese-Canadian newspaper, and a Hong Kong democracy activist, was recently placed on a “wanted list” by security officials in Hong Kong, for alleged violations of the territory’s National Security Law.

“Their first question was, ‘Are you safe,’” Ho told Global News of the visit to his Richmond, B.C., home by a pair of officers with the Canadian Security Intelligence Service (CSIS). The officers, he said, arranged a detailed interview with him later in the week.

“I’m quite safe. Last night I just talked with a security expert here regarding my present situation. That expert said my situation is quite seriously dangerous, because they know the general practice of the Chinese government. So they are advising me to take extra precautions.”

Ho said he has never received any formal communication from Chinese authorities letting him know he was legally sanctioned.

2:47
Hong Kong exercises its national security law to crack down on the pro-democracy movement

Hong Kong exercises its national security law to crack down on the pro-democracy movement – Jan 7, 2021

Ho was among a group of Hong Kong activists who announced in late July that they were organizing to hold an election for a Hong Kong “parliament in exile.”

The move, he said, was meant to highlight the government of China’s ongoing crackdown, which has severely curtailed democratic rights in the territory.

“The legislative council in Hong Kong now is not a democratically elected one. It is controlled by the communist government,” he said.

“(We want to) make noise and even create pressure on the Hong Kong government, the communist government, that you cannot treat Hong Kong people like that … otherwise you are subjected to a tyranny government.”

About a week later, Ho’s name appeared in a press release from the Hong Kong Security Bureau.

The notice said it “severely condemns” Ho and two others’ actions in forming the parliament, which it called a breach of the National Security Law.

“Police shall spare no efforts in pursuing the cases in accordance with the law in order to bring the offenders to justice,” it warned.

“The Security Bureau appeals to the public to dissociate themselves from individuals contravening the Hong Kong National Security Law, and the illegal activities those individuals organized, so as to avoid bearing any unnecessary legal risks.”

The law, imposed in 2020, bans what the Chinese government considers subversive and secessionist activity.

Notably, it claims to hold jurisdiction globally, covering dissent or criticism conducted in countries outside of China.

Canada suspended its extradition treaty with Hong Kong in 2020, but two MPs are calling on the federal government to expressly speak out and insure Ho’s safety.

In a letter to Prime Minister Justin Trudeau and Foreign Affairs Minister Melanie Joly, Vancouver-East MP Jenny Kwan and Edmonton-Strathcona MP Heather McPhereson said any application of the law to Ho was a violation of his rights protected under the Charter of Rights and Freedoms.

“Notwithstanding whatever his views are on how to address these issues (in Hong Kong), the critical issue is this: Here in Canada we have what we cherish very much, our charter rights,” Kwan told Global News in an interview, “our right to free speech, our right to free association, our rights to our beliefs and thoughts and the right for the freedom of the press.”

1:58
Heated confrontation over China in Richmond

Kwan said Ho is the first Canadian she is aware of to be targeted on Canadian soil by the National Security Law, and said she has real concerns about how China may seek to enforce it.

The Canadian government, she said, needs to be vocal about the rights of Ho and all other Canadians to free speech.

“Tomorrow, who else are they going to target? Who else is going to be under threat? Am I going to be charged? Am I going to be put on the wanted list?” she asked. “Because I have actively criticized the National Security Law and the plight of the people in Hong Kong and actively advocated on behalf of them.”

In the meantime, Ho said he has no plans to curtail his activities, and that China’s move to criminalize him may actually bring more attention to his cause.

He said he believes Canada will act to protect his safety, but he remains worried about friends and relatives overseas.

“My big concern is my relatives in Hong Kong and in mainland China. They might be subject to some so-called harassment by certain people,” he said.

“They may have a tough life ahead.”