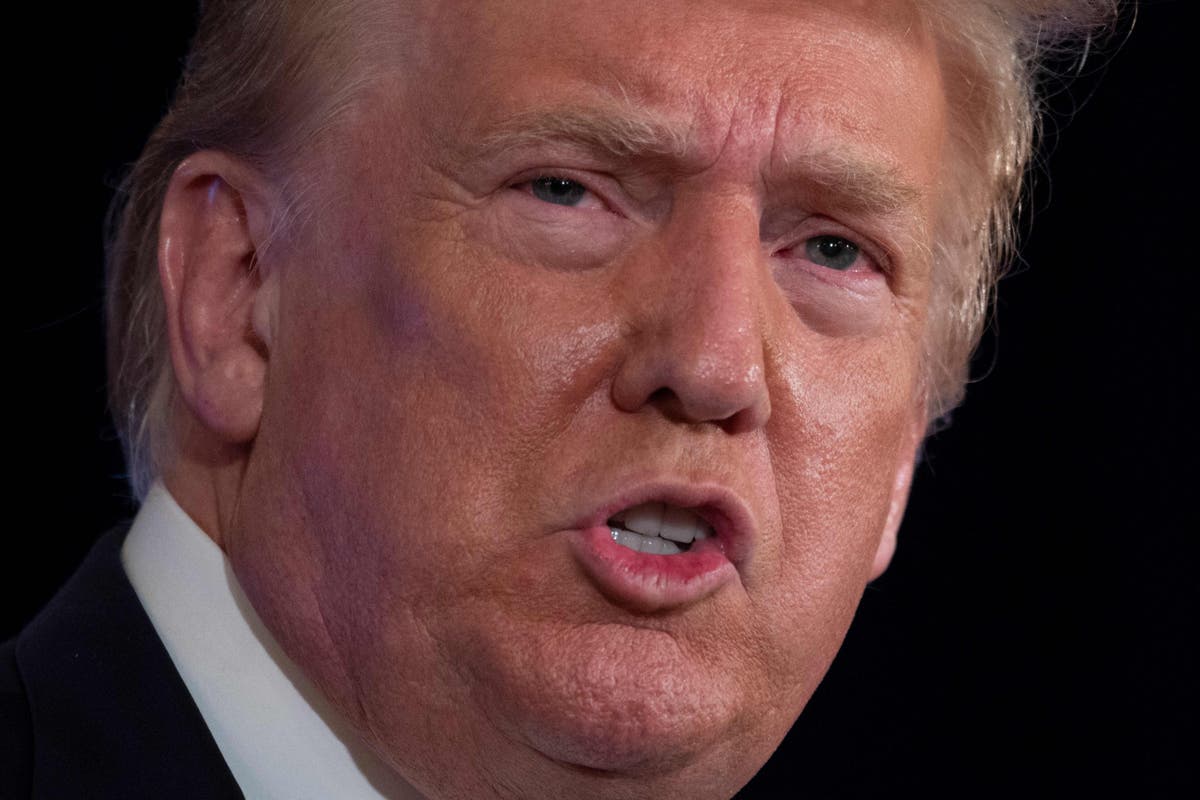 Donald Trump made a bizarre attempt to mock Democrats on Wednesday as he sarcastically offered his support to political rivals who led efforts to impeach him.

Making the surprise announcement on his Truth Social account, the former president said it was his “great honour to strongly endorse” lawyer Dan Goldman, and representatives Carolyn Maloney and Jerry Nadler.

The 45th president of US said Mr Goldman should be given a fair chance at winning against the “Radical Left Democrats, who he knows are destroying our Country”.

Mr Trump appeared to mock the candidates who played a significant role in the first of Mr Trump’s two impeachments. Mr Goldman was the inquiry’s chief investigator while Ms Maloney served as acting chairwoman of the House Oversight Committee.

They are now competing in two New York City congressional primaries vying to represent newly drawn districts in the city.

The two Democrats were swift in denouncing Mr Trump in response to his mock endorsements and called it a “pathetic attempt” at trolling them and a “laughable” act.

Mr Goldman said Mr Trump “pretending to endorse” him is an offence of meddling in the elections.

“True to form, Trump is trying to meddle in an election,” Mr Goldman said in a statement. “This is a pathetic attempt at fooling Democrats who are far smarter than Trump is, and it’s clear that only one candidate in NY-10 is living rent-free in Trump’s head.”

Ms Maloney said: “This is laughable and I reject any endorsement from Donald Trump. Trump doesn’t respect women. He instigated the attacks on January 6th and claimed that the 2020 election was a big lie.”

“He should be more concerned about the investigation I’m leading as Chair of the Oversight Committee into the storage of his classified documents at Mar-a-Lago.”

Writing for Mr Goldman, the president said: “I do this not because of the fact that he headed up the Impeachment Committee and lost, but because he was honorable, fair, and highly intelligent. While it was my honor to beat him, and beat him badly, Dan Goldman has a wonderful future ahead.”

He went on to describe Ms Maloney, who is running in the new 12th Congressional District in Manhattan, as “a kind and wonderful person, who has always said terrific things about me”.

She “will support me no matter what I do, just as I supported her very early on. She begged for a check with no quid pro quo, and I gave it to her. In fact, I gave her many”, Mr Trump said.

Speaking about Ms Maloney’s Democratic opponent, representative Jerry Nadler, he said he is likewise a “hard driving man of the people, whose energy and attention to detail is unlike anyone else in Congress”.

“He is high energy, sharp, quick wittted, and bright. You can’t go wrong with either, but Carolyn Maloney is the better man. She will lead our Country into a very GREEN and prosperous future. Carolyn has my Complete and Total Endorsement, she will never let our Conservative Movement down!” he said.

The two members are running against each other due to redistricting. The New York primaries will be held on 23 August.

The purpose of Mr Trump’s mock endorsement appeared to advance his political motives and mock his adversaries while attempting to gain the attention of voters.

While the original motives remain unknown, the social media posts were used as an opportunity by Ms Moloney and Mr Nadler’s political rival Suraj Patel, who is running against the two.

“Donald Trump is scared of a younger, more dynamic Democratic Party,” said Mr Patel, 38. “He knows how much more effective a new generation of diverse, energetic Democrats will be in stopping his movement.”