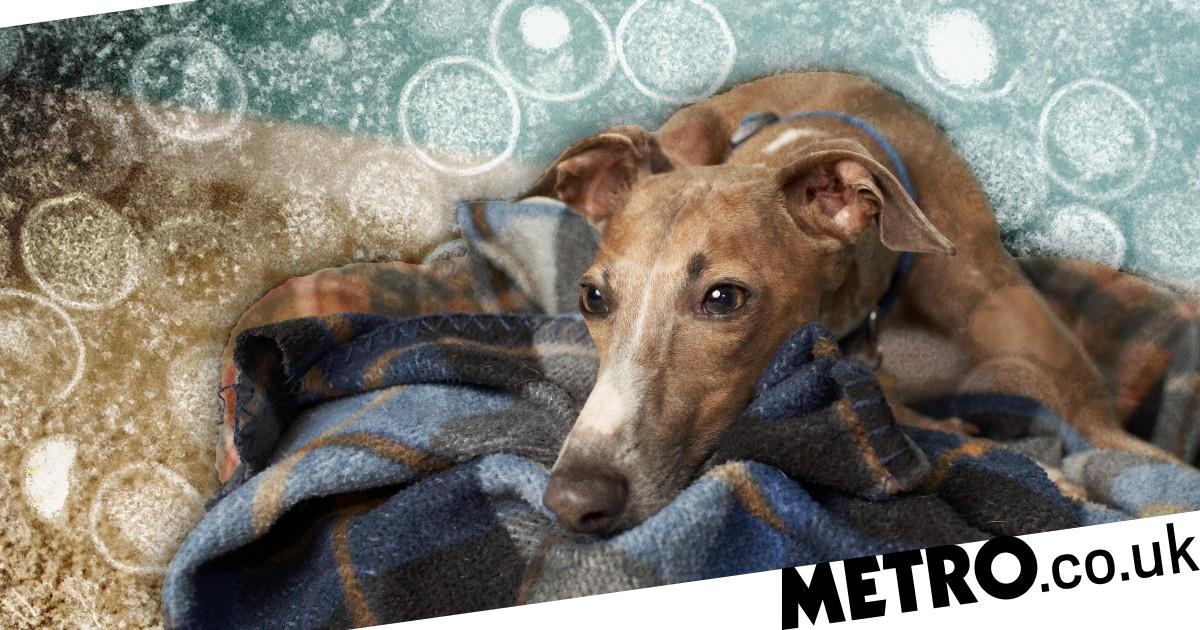 Monkeypox patients are being urged by the World Health Organization (WHO) to avoid animals after a dog contracted the virus from its owner.

Around 35,000 cases have now been confirmed to the WHO, with most found in Europe and the Americas.

There was a 20% week-on-week increase, according to the latest data from the global health body.

Rosamund Lewis, the WHO’s technical lead for monkeypox, said about the incident in Paris: ‘This is the first case reported of human-to-animal transmission… and we believe it is the first instance of a canine being infected.’

She added experts had been aware of the theoretical risk a jump from humans to animals could happen and said public health agencies had already been advising those who caught the disease to ‘isolate from their pets’ – adding ‘waste management’ is critical.

Ms Lewis said: ‘You may see that a number of public health agencies have advised those who contract monkeypox to make every effort to isolate from their pets because of this hypothetical risk – particularly in the household for domestic pets (but also) risks of contamination of animals outside the household, for example, for those accessing garbage and things like that.

‘So waste management is critical, isolation is important.’

Dr Mike Ryan, director of the WHO’s Health Emergencies programme, said: ‘In this particular case, transmission to a dog in a closed domestic setting, (with) one animal infected, is not unusual, it’s not unexpected.

‘But what we don’t want to see happen is disease moving from one species to the next, and then remaining in that species (and) moving around within a new species because that’s when the virus can adapt, and then adapting to that new species (the virus) is incentivized to evolve as such.’

WHO’s director general, Dr Tedros Adhanom Ghebreyesus, also told a press conference: ‘Almost all cases are being reported from Europe and the Americas among men who have sex with men, underscoring the importance for all countries to design and deliver services and information tailored to these communities that protect health, human rights and dignity.

‘However, for the moment, supplies of vaccines, and data about their effectiveness, are limited, although we are starting to receive data from some countries.’

He added work on renaming the virus was ‘ongoing’.

Monkeypox was identified in monkeys kept for research in Denmark in 1958, but is most frequently detected in rodents.

The disease was first discovered in humans in 1970, with the spread since then mainly contained to certain west and central African countries.

In May, cases of the virus – which causes fever, muscular aches and large boil-like skin lesions – began spreading around the world mainly among gay men.

Around 12 deaths around the world have been linked to the outbreak, the WHO said.

Officials have also confirmed there has been some ‘breakthrough cases’ – meaning people who have been infected after vaccination.

Latest analysis from the UK Health Security Agency says cases in Britain appear to be ‘plateauing’.