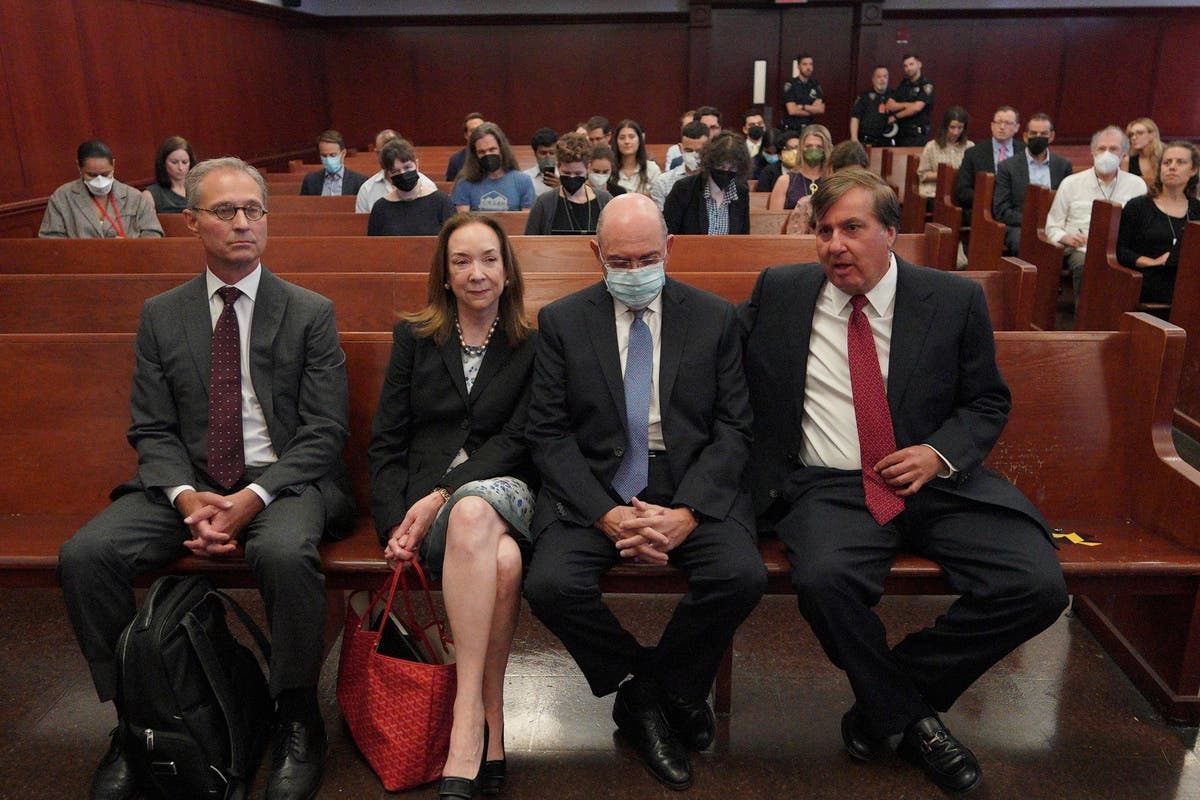 Mr Weisselberg, who has worked for Mr Trump for decades, stood in a Manhattan court room on Thursday as New York Supreme Court Justice Juan Merchan read out each charge in the 15-count indictment. After each charge, he replied: “Yes, sir”.

The Trumpworld veteran, who earlier this week agreed to a plea deal that will see him sentenced to five months behind bars and five years of probation, but will not require him to testify against his lifelong boss. But he will be required to give evidence in the upcoming trial of the two Trump companies that were indicted for tax fraud at the same time he was last summer.

His testimony against the Trump companies could help Manhattan District Attorney’s Office prosecutors secure convictions against the company, which can result in massive fines that could bankrupt Mr Trump’s family business.

Mr Weisselberg joins a long list of allies, associates and employees of the former president who have been convicted of crimes as a result of actions they took while in his service, including his former personal attorney, two top officials from his 2016 presidential campaign, his former national security adviser, his former White House chief strategist, and his longtime political consultant and adviser Roger Stone.

A New York grand jury indicted Mr Weisselberg and two of the many linked companies that make up the Trump Organization as part of the long-running investigation into Mr Trump that was started under former Manhattan District Attorney Cyrus Vance Jr.

Prosecutors alleged that he and the two companies “engaged in a scheme constituting a systematic ongoing course of conduct with intent to defraud more than one person and to obtain property from more than one person by false and fraudulent pretenses, representations and promises,” and named “the United States Internal Revenue Service, the New York State Department of Taxation and Finance, and the New York City Department of Finance” as victims of the fraud.

The indictment laid out what prosecutors described as a “sweeping and audacious illegal payment scheme” in which the Trump companies paid generous benefits to Mr Weisselberg —including free rent, two leased luxury cars, and private school tuition for his grandchildren — with neither Mr Weisselberg nor the companies reporting the perks as compensation for tax purposes.

Prosecutors estimated the fraud cost New York and the federal government nearly $2m in uncollected taxes, which Mr Weisselberg will be required to repay as part of his plea deal.

The criminal cases against Mr Weisselberg and the Trump companies are just a few of the current investigations into Mr Trump, his associates, and his businesses.

In a statement issued after Mr Weisselberg entered his guilty plea, Ms James said there is “zero tolerance for individuals who defraud our state and cheat our communities”.

“For years, Mr. Weisselberg broke the law to line his own pockets and fund a lavish lifestyle. Today, that misconduct ends. Let this guilty plea send a loud and clear message: we will crack down on anyone who steals from the public for personal gain because no one is above the law,” she added.