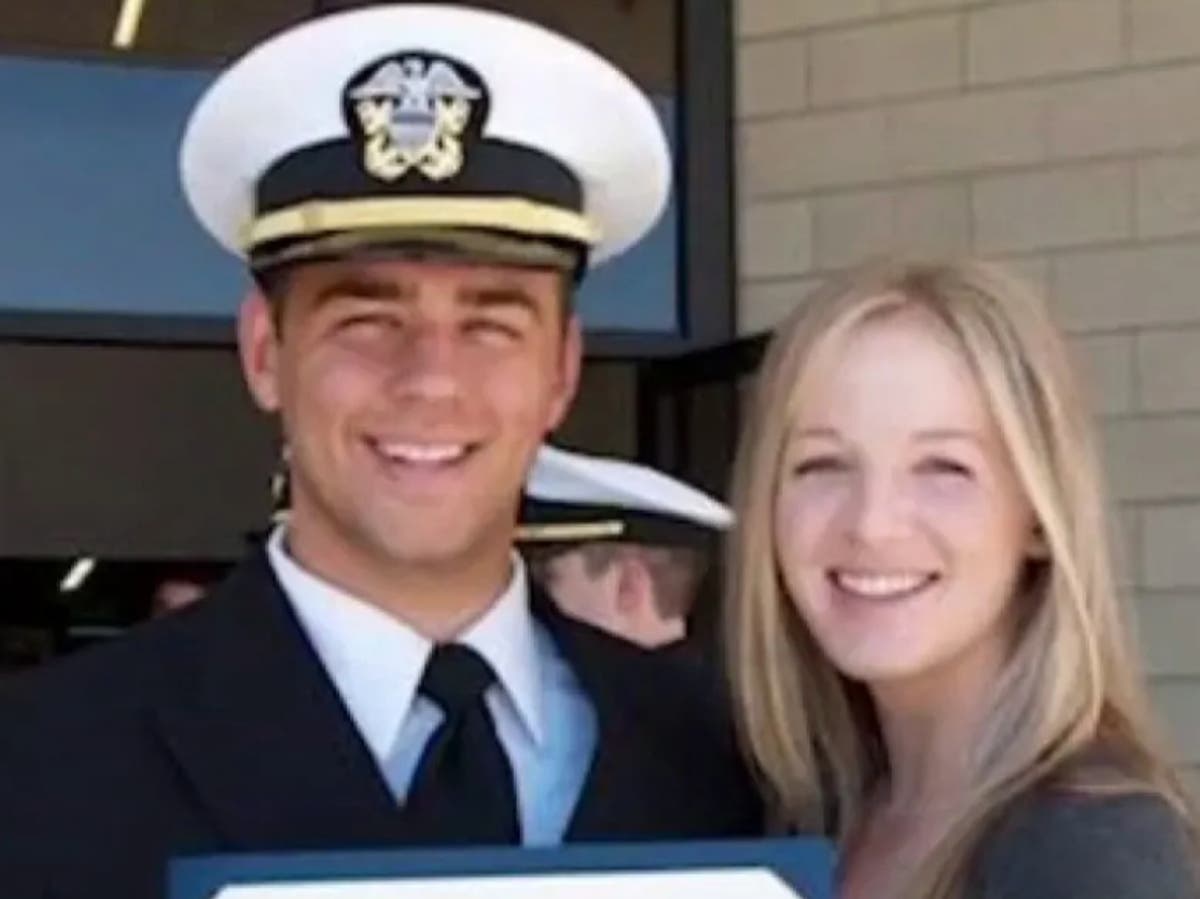 The wife of a Navy officer incarcerated in Japan for killing two pedestrians after suffering a medical emergency rallied outside the White House for his release.

Brittanny Alkonis, 35, and a large group of relatives and friends took to DC on Thursday to ask President Joe Biden to intervene with Japanese authorities in the imprisonment of her husband, Navy Lieutenant Ridge Alkonis, who was stationed in the East Asian country when his legal troubles began.

Returning from a hike on Mount Fuji with his wife and three children in May 2021, Lt Alkonis lost consciousness at the wheel and struck several parked cars, which then hit and killed an elderly Japanese woman and her son-in-law. It happened just days before he was about to begin deployment on the USS Benfold.

Lt Alkonis, a Mormon missionary from California, paid $1.65m and apologised to the victims’ family at the advice of his attorney. But disregarding Navy investigators’ conclusion that he had suffered a medical emergency during the accident, a court found him guilty of negligence and sentenced him to three years in prison.

“No. He wasn’t tired. He was mid-conversation with my daughter. He was telling me to close my eyes, because I was going to be car sick, and then he just lost consciousness,” Ms Alkonis told Inside Edition.

Ms Alkonis said that the ordeal has deeply affected her three children, who miss their father dearly and cannot completely comprehend the magnitude of the situation.

“My two daughters just got real quiet. They started crying. My son was the one who was asking, ‘Why does daddy have to go to jail? Jail’s for bad people. I don’t want daddy to go to jail. Can I go with him?’” Ms Alkonis recalled to Inside Edition.

Trevor Reed, a former US Marine released from a Russia jailed after three years of incarceration, also spoke during a press conference in front of the White House.

“The Japanese system did not give [Lt Alkonis] a fair trial … He’s been in solitary confinement for most of the time up until now,” Mr Reed said while holding a sign reading ‘’Bring Ridge Home.”

“The conditions inside the Japanese prison are not a joke. They’re not something most people would consider a modern country to have,” he added. ”The United States Government, the DoD, and the White House have a responsibility to get him out.”

Lt Alkonis began to serve his three-year sentence on July 25, but his wife is now determined to get the government’s attention and fight for his release.

“I need to talk to President Biden. I do believe that he’s not in town today, but that’s OK. I will still be here whenever he’s ready,” Ms Alkonis also told the outlet, moments after chanting for her husband’s release outside of the White House.

“… There was no crime. It was a medical emergency.”

Last month, Ms Alkonis told Fox News her husband had started to feel nauseous and passed out mid-conversation with his daughter prior to the crash. There were no drugs or alcohol involved, and he had only been driving at 25mph. His lawyers provided evidence in court that he was diagnosed with acute altitude sickness.

During a State Department press briefing on Tuesday, his case was raised. The office later confirmed to Inside Edition they’re actively engaging in talks with Japanese officials about Ms Alkonis’ case.

The 1960 Status of Forces Agreement requires Japan to release US military members to US custody unless they can prove “adequate cause and necessity” to hold them.

It has become a point of contention between the close allies because of incidents in which US service members have committed violent crimes against Japanese nationals and were discharged from the military rather than serving jail time.

Utah Senator Mike Lee said the Japanese judicial system was “trying to make an example of Lt Alkonis” in a speech in Congress last month.

“I find it inexcusable that an American who experienced a medical emergency be treated so poorly by an allied Nation that he protected.”