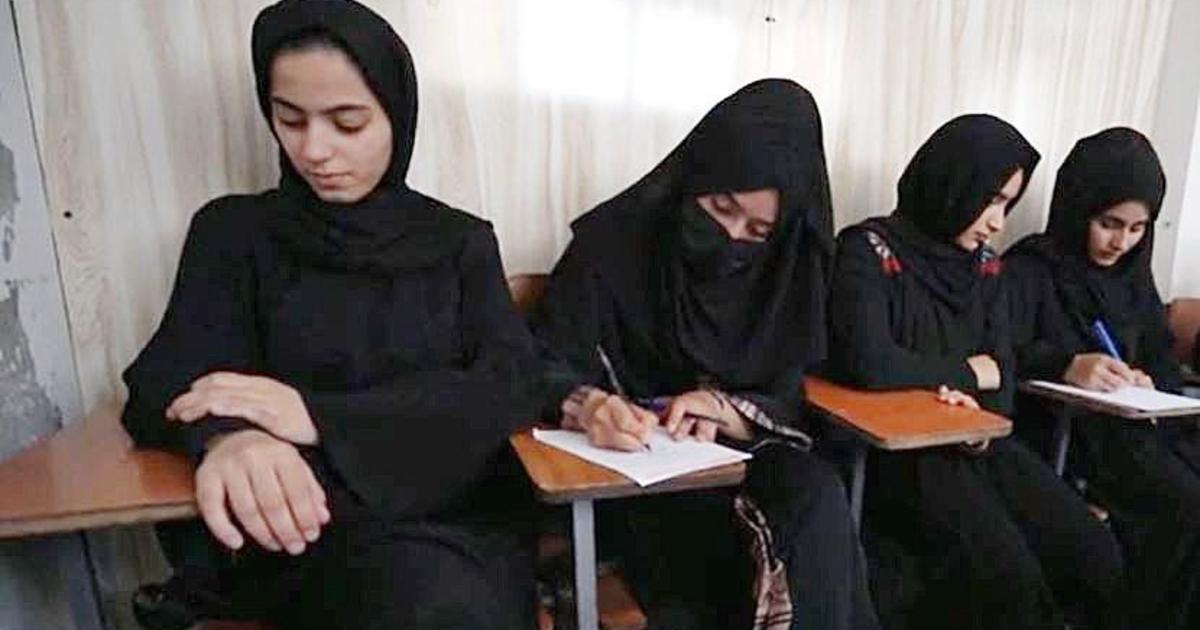 Kabul — In the Taliban’s Afghanistan, defiance looks like girls sitting down with pencils and paper, to keep learning. Since the extremist group’s decree barring girls between the ages of 12 and 17 from most government-run schools a year ago, a growing number have enrolled themselves in unofficial schools scattered across the country.

CBS News correspondent Imitaz Tyab visited one, founded by Doctor Zainab Mohammadi. She funds it entirely out of her own pocket, which she admits is difficult, but she told CBS News she feels it’s her “responsibility,” and she has no intention of stopping.

Although the Taliban formally forbid the education of teenage girls, Mohammadi says the country’s rulers largely turn a blind eye to unofficial schools like hers — as long as strict rules are followed.

The girls have to dress fully-covered in black, and men cannot come to the school.

For now, adhering to those guidelines means Mohammadi’s students have been able to continue taking classes in everything from religious studies, to crochet. But it’s English class they look forward to most.

Tyab asked the class if they believed it was important for girls to get an education.

“Yes!” Was the resounding reply.

But as strongly as the girls feel about being educated, coming to Mohammadi’s school isn’t easy for them.

“I feel bad,” one student told Tyab of the compulsory dress code and the need to hide her ambition to get an education.

Tyab asked her if she believed her life would ever feel normal again.

It’s a feeling that Huda Sediqi knows all too well. Tyab met her last year, just months after the Taliban announced its ban on girls’ education.

One year later, she’s still out of school.

“It was horrifying for me, to sit at home,” she told CBS News. “I don’t know what’s going to happen in the future.”

Asked what she wants the world to know about the plight of thousands of Afghan girls like her, who want an education but don’t have access to a school like Mohammadi’s, Siddiqui didn’t hesitate.

“They should force the Taliban government to re-open the schools for girls,” she said. “I don’t think any country will recognize them until they re- open these schools.”

Tyab asked Abdul Qahar Balkhi, the spokesman for the Taliban’s Ministry of Foreign Affairs, if the group understood why virtually every other nation on the planet has refused to grant the Taliban that formal recognition that it seeks.

“This issue is being weaponized,” he said of girls’ education. “This is the internal matter of Afghanistan, and the policy is very clear when it comes to education, that is education for all Afghan students and citizens.”

He insisted that the ban on older girls getting an education was only a “temporary suspension.”

But high school-aged girls have been kept out of formal schooling for a year now, since the Taliban reclaimed power in the country, and many are certain that isn’t going to change.