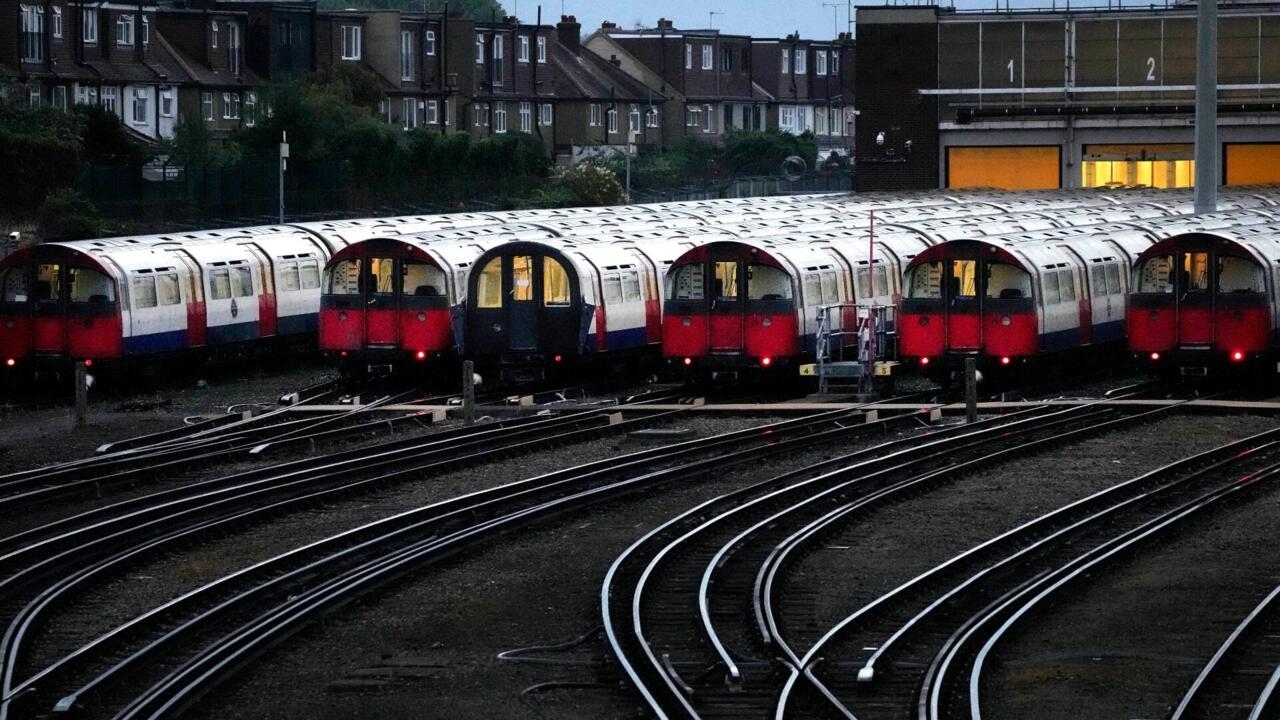 London’s transport network ground to a halt on Friday as train and bus workers held strikes over pay and conditions, the latest in a summer of labour market disputes as double-digit inflation eats into wages.

Public transport workers in London held fresh strikes Friday over pay and conditions, cutting services on almost all underground and overground rail lines that link up the UK capital.

The latest walkout comes during a summer of industrial action across Britain, with workers in various sectors pushing for pay rises in line with decades-high inflation and the soaring cost of living.

A spokesperson for Transport for London, responsible for most of the capital’s network, told AFP there were “almost no tube (Underground) services” with only a couple of lines functioning with “very reduced services”.

Members of the RMT transport workers union, which represents a majority of the workforce, called Friday’s strike over job cuts, pension security, pay and changes to working practices.

Passengers outside the closed Blackhorse Road underground station expressed frustration at long detours or costly taxi rides they would have to take.

“I’m not happy at all about this strike. I didn’t think much about what they’re claiming. I’m more focused about how I’m going to get to work now,” said Arlene Morson, a 52-year-old sales consultant.

French finance worker Joachim, 21, was more relaxed, saying: “When I look at France and the number of strikes — here the metro closes for one day and everyone talks about it!”

The strike action comes after nationwide rail strikes on Thursday hit the majority of services, as union members have rejected an eight percent pay rise offer that is below inflation.

There will be further nationwide rail strikes on Saturday. The RMT has refused to put an end date on the industrial action.

London Mayor Sadiq Khan, an opposition Labour politician, told Sky News he did not back strike action but understood why transport workers are “frustrated and worried”, saying the government “shouldn’t be punishing hardworking transport workers.”

The government has taken a tough line on strikes, vowing not to participate in talks.

Transport minister Grant Shapps told Sky News that ministers want to push through modernisation that the RMT union opposes, including on Sunday working.

He complained that unions were blocking a pay offer from Network Rail, which manages the rail network, that would increase salaries by eight percent over two years without consulting members.

Opposition Labour leader Keir Starmer tweeted that “Shapps could resolve these strikes by getting round the table and doing his job.”