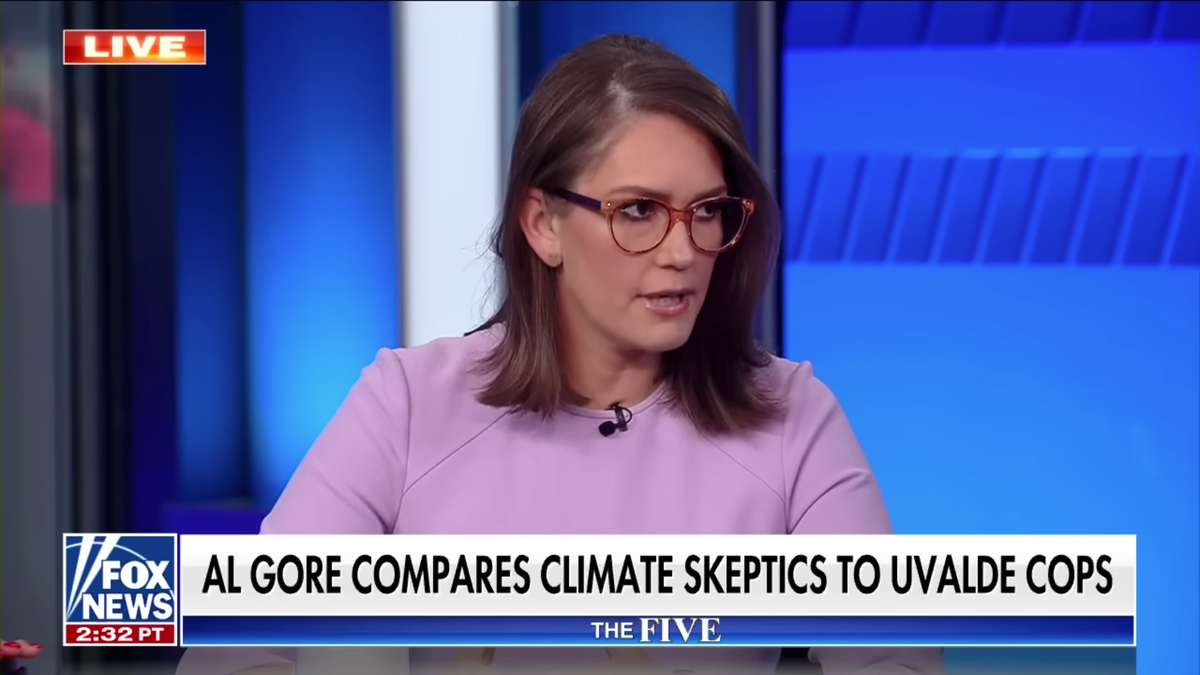 It was Thursday afternoon, and, not for the first time, Fox News contributor Jessica Tarlov was pursuing a line of reasoning not often heard on her network.

“If this was actually an illegal search, which is what he’s saying it was, you could bring that to court,” Ms Tarlov said during a discussion of the FBI’s serach of former president Donald Trump’s Mar-a-Lago residence on the programme The Five.

“And his lawyers are not doing that. They’ve had ten days now to do that and they’ve done nothing.”

That’s as far as Ms Tarlov made it before she was interrupted by a fellow panelist.

“This is nothing but process,” Greg Gutfeld said moments later. “We have to start thinking about people instead of boxes of paper, and I’m going to go back to my original point: I wish Merrick Garland was agonising for weeks over riots, or over smash-and-grab, or over the ten percent rise in rape in New York City. Instead, they are so focused on Trump that that’s the only criminal they see.”

Mr Gutfeld concluded his remarks by looking into the camera and announcing that Mr Garland, and, persumably, liberals at large believe that Trump supporters are “worse than Hitler.”

This is not the first time that Ms Tarlov has incurred the wrath of her colleagues on the right wing network. Last week, shortly after the FBI executed its search, Ms Tarlov challenged former judge Jeanine Pirro on an assertion that the FBI could have planted evidence on Mr Trump’s property during the search.

“Christopher Wray is as much a part of the Deep State as the rest of them,” Pirro shouted in response.

Ms Tarlov also wound up her conservative co-hosts by asserting that Mr Trump clearly had not been fully cooperating with law enforcement over the course of a tense segment that at several points saw Ms Tarlov’s colleagues shout her down.

Ms Tarlov’s presence and willingness to challenge Mr Trump during Fox News’ daytime programming has boosted her profile while showing the lengths to which Fox News personalities will go to defend Mr Trump — even as other popular Republicans like Florida Gov Ron DeSantis prepare to challenge him for the Republican nomination in 2024.

In addition to her Fox News duties, Ms Tarlov is a political strategist who also serves as head of research at the women’s magazine Bustle.

Ms Tarlov and her Fox colleagues may have plenty more to discuss soon: a judge is reportedly considering releasing a partial version of the affidavit connected to the search warrant that allowed the FBI to search Mar-a-Lago.