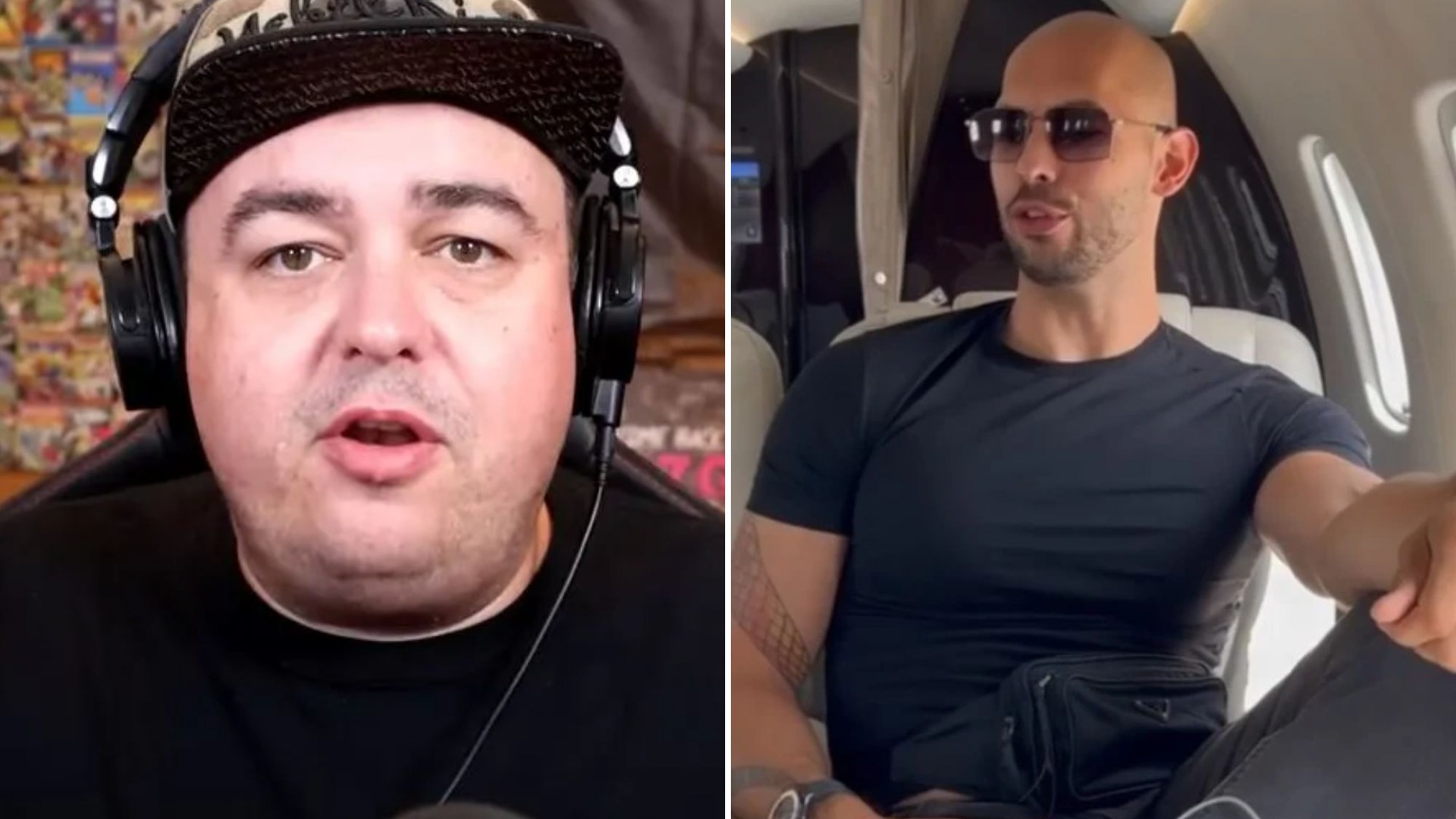 Ex-Big Brother contestant Tate, 35, has been dubbed “the king of toxic masculinity” after plastering his disturbing views about women across the internet.

Tate’s sinister views have been described as extreme misogyny by domestic abuse charities – and concerns have been raised about the radicalisation of men and boys to copy him offline.

Videos of him on TikTok have been watched 11.6billion times.

YouTuber Daz, who has more than seven million subscribers on the platform, said he was recently approached by multiple women with alarming accusations against Tate.

He said he received “disturbing” videos of Tate – and described the British-American kickboxer as “monster”.

In a video shared on Thursday night, Daz addressed Tate directly and said: “Most women wouldn’t go near you if you were made of gold, Tate, and if they do decide to make the terrible mistake of getting with you, they realise they don’t want to be a slave.”

In the video, the YouTuber reacts to Tate’s sickening videos of how he treats women and how he believes other men should treat women.

Daz fumes: “This is not the behaviour of a man… he gets off on hurting women and making them feel vulnerable.

“For the people saying, ‘oh, he actually makes a lot of points I agree with though…’

“Oh, okay! Wipe the slate clean, let’s just forget about it all because he said a few good things.

“You know who else did that? Hitler! Hitler gave great advice to people in his lifetime – he killed millions of people though.

“You have to weigh up a person. Even the most corrupt, evil people have a good side. But when you weigh it up, you have to judge a person by their actions and dig a little deeper.”

Daz called for further investigations into Tate and promised to listen to any women who want to come forward.

“Don’t tell me you think these women coming forward don’t hold some truth,” he said.

“I hope it all comes to light. This is years of abusive and destructive behaviour.”

Tate, who flaunts his lavish lifestyle on social media, has been known for years for stirring controversy.

In an interview with another YouTuber, he said he was “absolutely a misogynist”.

He said: “I’m a realist and when you’re a realist you’re sexist. There’s no way you can be rooted in reality and not be sexist.”

Tate, who flaunts his lavish lifestyle on social media, has been known for years for stirring controversy.

And in a now deleted YouTube video, he claimed part of the reason he moved to Romania is because he believed cops in Eastern Europe would be less likely to pursue rape allegations.

Back in 2016, Tate was kicked out of Big Brother after a video emerged of him hitting a woman with a belt.

In 2017, he was slammed by mental health charities for saying depression “isn’t real”.

In the same year, he was banned from Twitter after saying women should “bear some responsibility” for being raped.