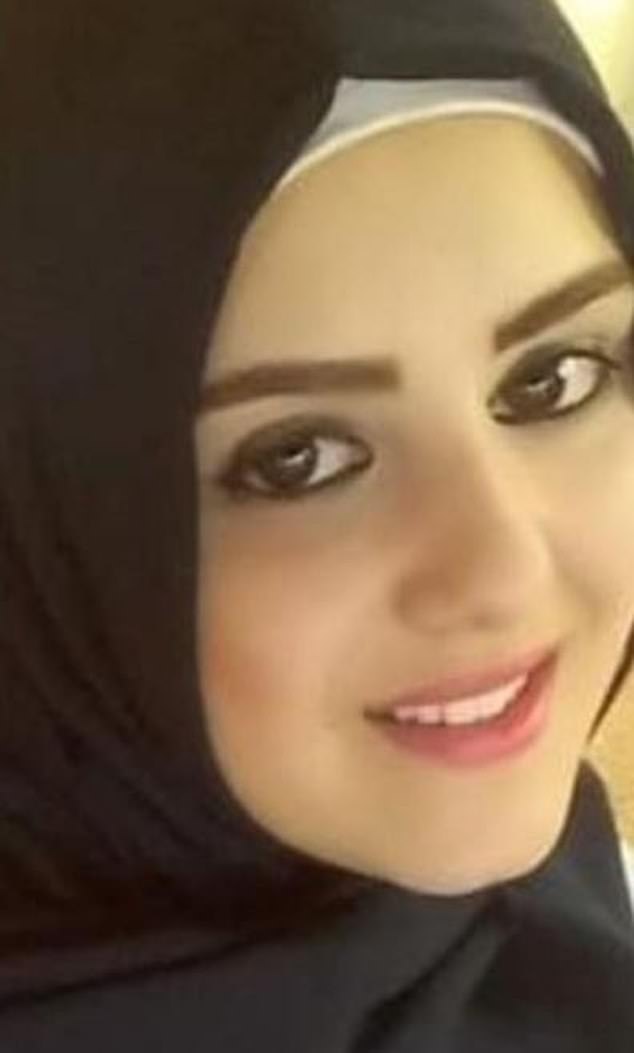 Pregnant wife, 21, is left fighting for life with full body burns after enraged husband sets fire to her using a gas canister ‘because she refused to have an abortion’ in Lebanon

By Walter Finch For Mailonline

A five-month pregnant Lebanese woman with full body burns is fighting a ‘bleak’ battle for survival after her husband set fire to her because she refused to have an abortion.

Hana Mohammed Khodor, 21, was rushed to a hospital in Tripoli in critical condition after her husband, identified as AA, set her ablaze with a gas canister.

A doctor said that they had to operate to remove the fetus after it died and the mother’s chances of survival are ‘very bleak.’

The horrific attack is alleged to have started with AA viciously beating his young pregnant wife when she told him she wanted to keep their baby, due to be born in December.

The argument stemmed from the financial burden that the child would put on the family, with the couple reportedly coming from poor upbringings in the north of the country.

A doctor from Al-Salam Hospital told the Arab News that Khodor was admitted on August 6 ‘suffering of 100 percent body burns.’

The doctor said: ‘As we speak, she is battling for her life. She is between life and death in the intensive care unit.

‘Hana was five months pregnant when the incident happened. The baby died and we had to operate on her to remove the fetus. Her chances of survival are very bleak.’

Hana Mohammed Khodor, 21, was rushed to a hospital in Tripoli in critical condition after her husband, identified as AA, set her ablaze with a gas canister

She is reported to have third-degree all over her body and barely holding on through life support.

Her doctors have kindly agreed to waive their medical fees that Khodor’s family would have to pay, yet the impoverished Khodor family are still facing daily costs of $400, excluding treatments, operations and reconstructive surgeries.

According to Al-Salam Hospital’s medical report, if she survives, she will need three months of further treatment.

Family friend Abdul Rahman Haddad said that her situation is ‘too delicate and serious,’ and her hospital bill is already in the thousands of dollars.

‘She needs 15 blood platelets (transfusions) daily, and each costs $100, aside from the daily costs of the hospital bed, medical equipment and ICU treatment. Her family is extremely poor, and she is a young woman … they need any form of medical assistance,’ said Haddad.

Lebanese Internal Security Forces arrested the husband, who had been planning to flee the country, Haddad said.

An aunt told local television that the husband tried to violently beat Khodor into having the abortion, but when he could not convince her he took her home and set her on fire.

The father pleaded for donations from the public to contribute towards the treatment necessary to save his daughter’s life. 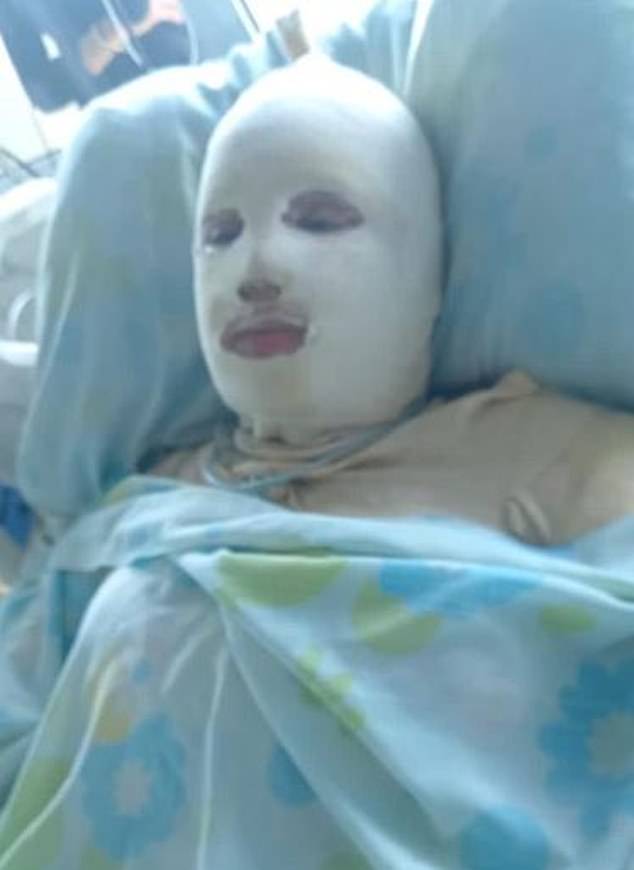 ‘She is on life support and gets resuscitated daily. Her situation is extremely critical due to the severity, and huge areas of her body that got burned,’ he added.

On August 4, 2020 the capital city of Beirut was rocked by a blast so enormous it shook the entire country after a giant pile of ammonium nitrate stored in a warehouse at the port exploded .

There were 218 deaths and 7,000 injuries in a cataclysmic explosion that was caught on numerous mobile phone cameras.

Two years on the disaster is still under investigation and the devastation so extensive that the city is not yet reconstructed and recovering.