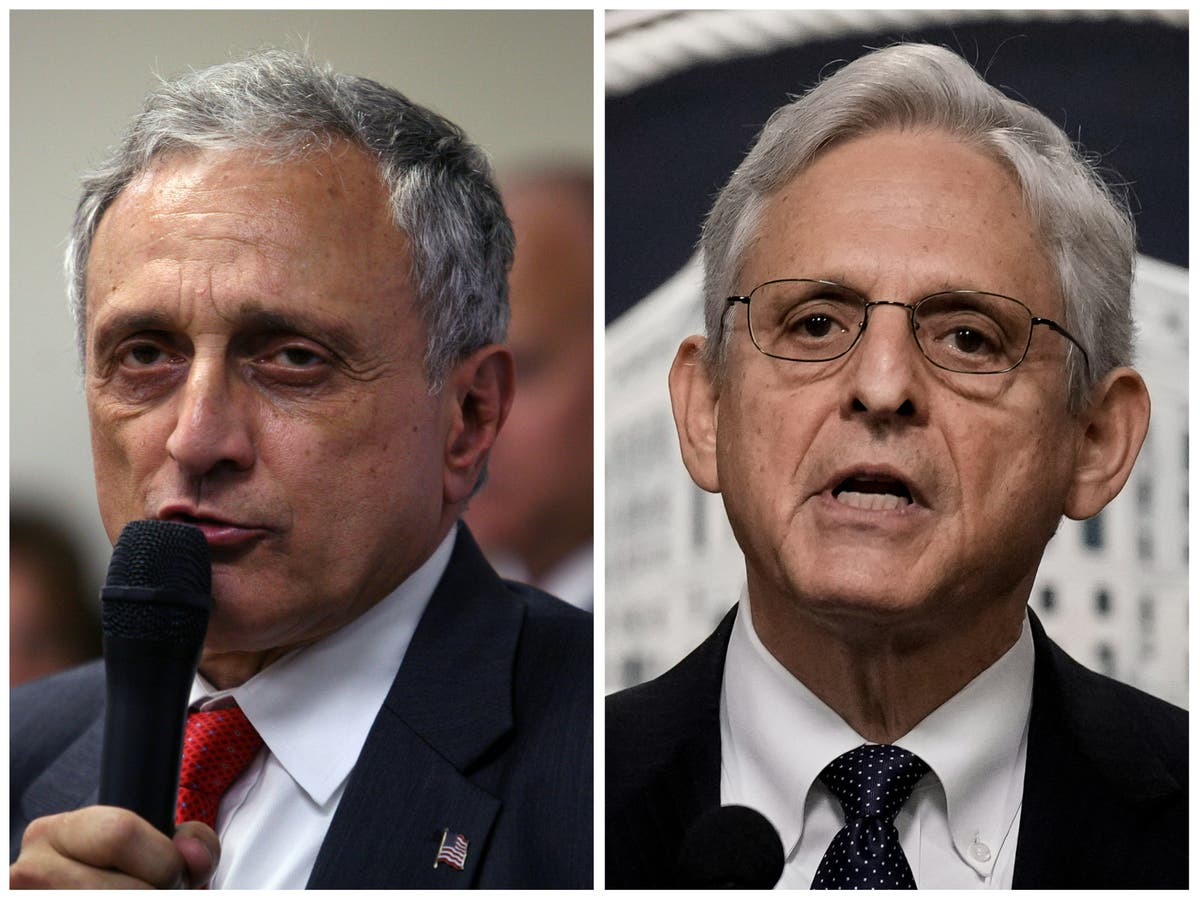 A Republican candidate for Congress has backtracked on his comment that US attorney general Merrick Garland “should be executed” for authorising the raid on Donald Trump’s Mar-a-lago residence.

Millionaire real-estate developer Carl Paladino, who is seeking office from Western New York, made the comment during an interview with Breitbart News on 13 August, but has now clarified that he was “just being facetious”.

During the interview, Mr Paladino, 75, also criticised US president Joe Biden for what he said was a lack of leadership and disengagement from government.

He told Breitbart host Matthew Boyle : “So we have a couple of unelected people who are running our government, in an administration of people like Garland, who should be not only impeached, he probably should be executed.”

“The guy is just lost. He’s a lost soul. He’s trying to get an image, and his image, his methodology is just terrible. To raid the home of a former president is just–people are scratching their heads and they’re saying, ‘What is wrong with this guy?’”

Mr Paladino walked his comments back during the same interview, when Boyle pressed him about what he meant when he said Mr Garland “should be executed”.

“I’m just being facetious. The man should be removed from office,” Mr Paladino clarified, adding: “He shows his incompetence. He wants to get his face in front of the people and show he’s got some mettle to him, but his choice of issues and choice of methodology is very sad.”

On behalf of the GOP candidate, Vish Burra said on 17 August: “The comment is clear: Carl does not think Garland should be executed and when you listen to the interview, when asked what he meant, he stated he was being facetious.”

The FBI and Justice Department have faced a barrage of violent threats in the days since agents searched Trump’s Mar-a-Lago home as part of an investigation into the discovery of classified White House records.

The US Justice Department has not commented on Mr Paladino’s comments yet.

Mr Paladino, who was the Republican party’s candidate for governor of New York in 2010, has made similarly outrageous statements in the past as well.

During his gubernatorial run, Mr Paladino was criticised for forwarding emails to friends containing racist jokes and pornography.

In 2016, Mr Paladino had joked to a newspaper that he hoped then-president Barack Obama would die from mad cow disease and said Michelle Obama should “return to being a male” and be sent to live with a gorilla in a cave.

In June this year, he issued an apology for saying Adolf Hitler was “the kind of leader we need today” because of his ability to rally crowds, during an interview.

One of the attorneys representing Mr Trump in the wake of the FBI raid on Mar-a-Lago recently said that CCTV from the search should be released and the agents who carried it out identified – this despite a surge in violent threats against law enforcement agents and justice officials from outraged Trump supporters.

Meanwhile, Mr Trump recently hinted at legal action over the FBI raid of his Mar-a-lago residence and private club.

The former president took to Truth Social on Friday and stated that a “major motion” related to the Constitution’s Fourth Amendment will be filed soon.

“My rights, together with the rights of all Americans, have been violated at a level rarely seen before in our country. Remember, they even spied on my campaign. The greatest Witch Hunt in USA history has been going on for six years, with no consequences to the scammers. It should not be allowed to continue!”