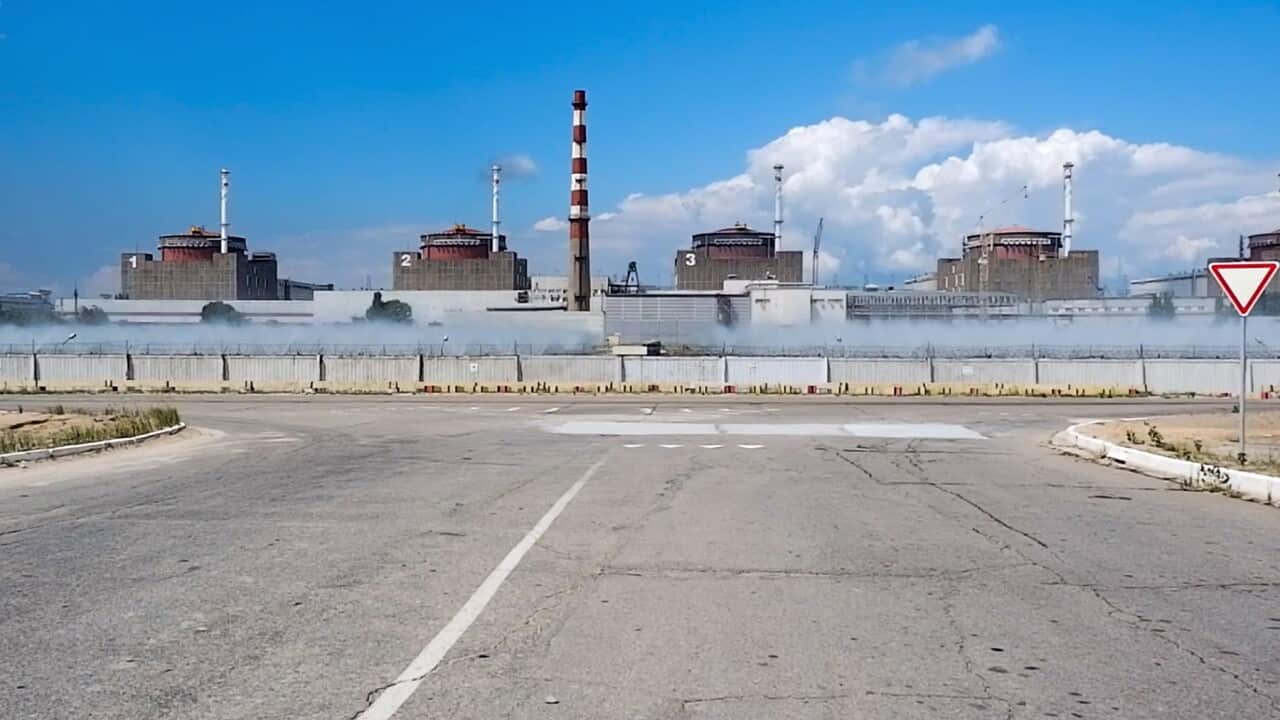 Russian President Vladimir Putin has agreed that independent inspectors can travel to the Moscow-occupied Zaporizhzhia nuclear plant, the French presidential office said , as fears grow over fighting near the site.
The apparent resolution of a dispute over whether inspectors travel via Ukraine or Russia came as a US defence official said Ukraine’s forces had brought the Russian advance to a halt.

“You are seeing a complete and total lack of progress by the Russians on the battlefield,” the official said, speaking on grounds of anonymity.

According to French President Emmanuel Macron’s office, Putin had “reconsidered” his demand that the International Atomic Energy Agency travel through Russia to the Zaporizhzhia nuclear plant site.
The UN nuclear watchdog’s chief, Rafael Grossi “welcomed recent statements indicating that both Ukraine and Russia supported the IAEA’s aim to send a mission to” the plant.
Meanwhile, UN chief Antonio Guterres urged Moscow’s forces occupying Zaporizhzhia not to disconnect the facility from the grid and potentially cut supplies to millions of Ukrainians.
A flare-up in fighting around the Russian-controlled nuclear power station — with both sides blaming each other for attacks — has raised the spectre of a disaster worse than in Chernobyl.
The Kremlin said that Putin and Macron agreed that the IAEA should carry out inspections “as soon as possible” to “assess the real situation on the ground”.

Putin also “stressed that the systematic shelling by the Ukrainian military of the territory of the Zaporizhzhia nuclear power plant creates the danger of a large-scale catastrophe,” the Kremlin added.

The warning came just a day after Turkish leader Recep Tayyip Erdogan and Mr Guterres, meeting in the western Ukrainian city of Lviv, sounded the alarm over the fighting, and Ukrainian President Volodymyr Zelenskyy urged the United Nations to secure the site.
“This summer may go down in the history of various European countries as one of the most tragic of all time,” Mr Zelenskyy said in his Friday evening address.
“No instruction at any nuclear power plant in the world provides a procedure in case a terrorist state turns a nuclear power plant into a target.”
During his visit to the southern port of Odessa on Friday, the UN secretary-general said that “obviously, the electricity from Zaporizhzhia is Ukrainian electricity. This principle must be fully respected”.
“Naturally, its energy must be used by the Ukrainian people,” he told AFP in separate comments.
On Thursday, Moscow said Kyiv was preparing a “provocation” at the site that would see Russia “accused of creating a man-made disaster at the plant”.
Kyiv, however, insisted that Moscow was planning the provocation, and said Russia’s occupying forces had ordered most staff to stay home Friday.
Mr Guterres visited Odessa as part of an effort to make more Ukrainian grain available to poor countries struggling with soaring food prices, after a landmark deal with Russia last month to allow its export.
The deal, the only significant agreement between Russia and Ukraine since Moscow invaded in February, has so far seen 25 vessels carrying some 600,000 tonnes of agricultural products depart from three designated ports, Kyiv has said.

Mr Guterres is expected to head to Turkey after Odessa to visit the Joint Coordination Centre, the body tasked with overseeing the accord. The grain deal has held, but brought little respite along the sprawling front lines after nearly six months of fighting between US-supplied Ukrainian forces and the Russian military.

The United States on Friday announced a new $775 million arms package, including more precision-guided missiles for Himars systems that enable Ukraine to strike Russian targets far behind the front lines.
The primary tool of Moscow’s forces has been artillery barrages, and recent bombardments over the eastern Donetsk region — which has been partially controlled by Russian proxies since 2014 — left several dead.
The Ukrainian head of the region, Pavlo Kyrylenko, said on social media Friday that Russian strikes had killed five people and wounded 10 more in three settlements.

Strikes early Friday in Kharkiv, Ukraine’s second-largest city, left one person dead and damaged a school and a private business, the head of the region said.