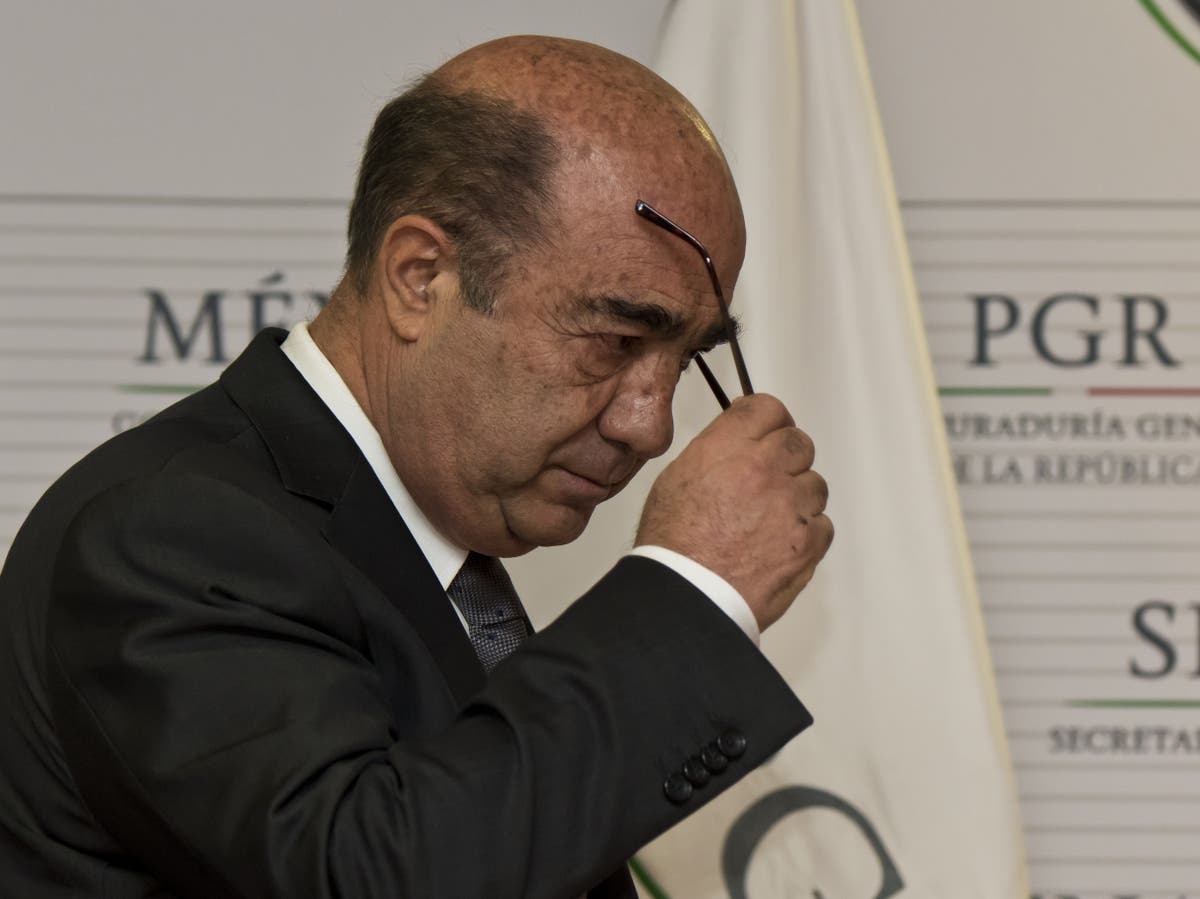 Mexico’s ex-attorney general Jesus Murillo Karam has been arrested in connection with an investigation into the disappearance of 43 students from a radical teacher’s college in 2014.

Mr Murillo Karam, 74, was arrested from his home in Mexico City on Friday and cooperated “without resistance”, according to a statement from current attorney general Alejando Gertz Manero’s office.

In 2020, Mr Manero accused the former attorney general of “orchestrating a massive media trick” and leading a “generalised cover-up” in the case that has now been declared a state-sponsored crime.

The charges against Mr Murillo Karam include forced disappearance, torture, and obstruction of justice during the investigation into the abduction and disappearance of the students in the state of Guerrero on 26 September 2014.

Corrupt local police, other security forces and members of a drug gang abducted students from the Ayotzinapa rural teachers’ college in the city of Iguala – although the motive remains unclear eight years later.

Mr Murillo Karam – who served as Mexico’s attorney general from 2012 to 2015 under former president Enrique Peña Niet – in 2014 announced that the students had been killed and their bodies burned at a garbage dump by members of a drug gang.

At the time, he called this “the historic truth”.

However, the investigation included instances of torture, improper arrest and mishandling of evidence which resulted in many of the directly implicated gang members to walk free.

Mr Murillo Karam was ultimately forced to resign from the top law enforcement position, facing mounting criticism over his handling of the missing students case.

His arrest came one day after a truth commission appointed by the current government, under president Andrés Manuel López Obrador, concluded that the disappearance was a “crime of the state”.

The report said: “At all times the federal, state and municipal authorities were aware of the students’ movements. Their actions, omissions and participation allowed for the disappearance and execution of the students.”

The commission, while presenting its findings, said one of the abducted students was a soldier who had infiltrated the teacher college. However, the army did not search for him despite real-time information that the abduction was occurring, alleging that the inaction violated army protocols for cases of missing soldiers.

The Obrador administration has also been pursuing the arrest of Tomás Zeron, who headed the country’s federal investigation agency at the time of the abduction.

Charges against Mr Zeron, who fled to Israel, include torture and covering up the forced disappearances. Mexico asked the Israeli government to extradite him last year.

Mr Manero said that in addition to Zeron’s alleged crimes connected to the case, he is alleged to have stolen more than $44m from the attorney general’s office budget.

The remains of only three missing students were ever identified.