A WOMAN allegedly stabbed her husband to death before gruesomely cooking his remains after discovering he was having an affair.

The 22-year-old was arrested after police found her spouse’s mutilated body at their property in Eslamshahr, Iran, on August 13.

Cops were alerted to the rotting corpse by concerned locals who reported a repulsive smell coming from the couple’s home.

The mum-of-one, from Afghanistan, is accused of dismembering her husband’s body and stewing his remains in a pot.

Police believe she snapped after discovering the victim, who was reportedly in his late 30s, was having a fling with another woman.

She is said to have spotted his mistress at her family home before confronting her husband and becoming embroiled in an explosive row. 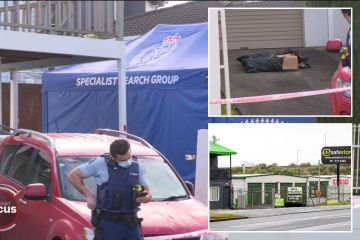 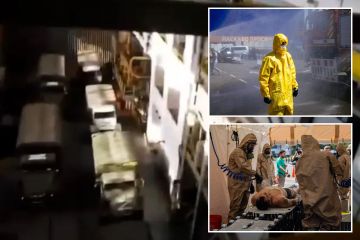 The 22-year-old told investigators she had grown “tired of his behaviour” and claimed he routinely beat her and her five-year-old daughter, according to local news.

She said she was “forced” to wed her husband att the age of 15 before realising he had “no interest in her”.

The alleged killer claimed he told her on their wedding night that “he was not interested in me and that he had relationships with other women.”

She reportedly confessed to cops: “My partner used to beat me and my five-year-old daughter and betrayed me several times.

“I was tired of this behaviour and that’s why I killed him.

“I saw my husband and his lover at home, and we had an argument after that woman left. My husband brought the knife.

“I told him if he was cheating on me, he should kill me so he could get rid of me. He handed the knife to me.

“I held the knife to my stomach and asked, ‘How would you kill me if you wanted to kill me?

“I couldn’t understand how I did it all of a sudden. He fell to the ground and remained motionless.”

There was no indication in Iranian reports or sources as to why she had cooked her husband’s remains.

Authorities are now conducting an autopsy on the man’s body.

Eslamshahr police chief Colonel Ali Aghakarkhane said: “At first, the accused made contradictory statements, but then went on to describe the murder in detail and claimed that she killed her husband due to an unusual relationship that he shared with another woman.”

The mum, who has not been named, told local media she is worried about what will happen to her young daughter in wake of her arrest.