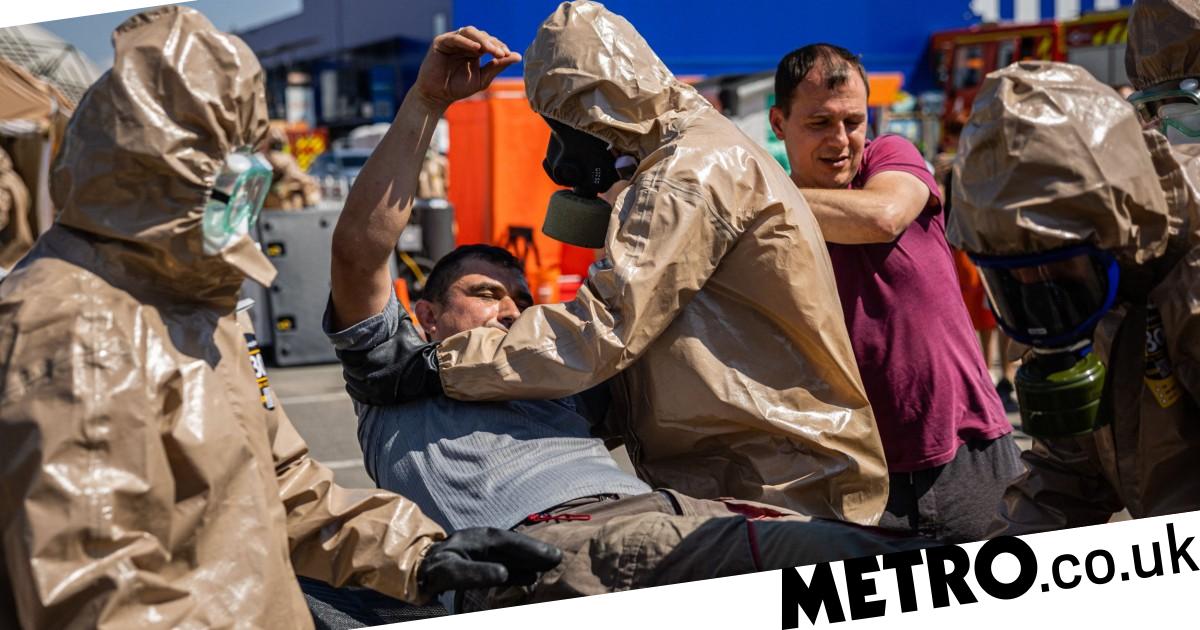 Russia has accused Ukraine of poisoning some of its troops close to the nuclear power plant at Zaporizhzhia, sparking fears the Kremlin may be creating an excuse to use chemical weapons.

The interior ministry in Kyiv hit back by suggesting the alleged illness could have been caused by servicemen eating out of date canned meat.

The Russian defence ministry said a number of soldiers were taken to a military hospital after displaying signs of serious poisoning on July 31.

Tests showed the presence of a toxic substance, botulinum toxin type B, in their bodies, it said.

The ministry added in a statement: ‘On the fact of chemical terrorism sanctioned by the Zelensky regime, Russia is preparing supporting evidence with the results of all the analyses.’

It made no mention of how many servicemen were affected, what condition they are in now, or what the ‘supporting evidence’ was.

Botulinum toxin type B is a neurotoxin that can cause botulism when ingested in previously contaminated food products, but it can also have medical uses.

Ukraine’s defence ministry did not immediately respond, but interior ministry adviser Anton Gerashchenko commented on the Russian allegation on the Telegram messaging app.

‘The department (Russian defence ministry) does not clarify whether the poisoning could have been caused by expired canned meat, in which botulinum toxin is often found,’ he said.

‘Overdue rations have been massively complained about by the occupying forces since the first days of the invasion of Ukraine.’

The Russian defence ministry said it was conducting an additional investigation into an incident in which Volodymyr Saldo, the Russian-installed administration in Ukraine’s occupied Kherson region, was taken sick.

Saldo, a former mayor of the city of Kherson who was appointed to head the region of the same name when Russian troops overran it in early March, fell ill in early August.

Kyiv and Western countries view it as an unprovoked war of conquest aimed at wiping out Ukraine’s national identity.