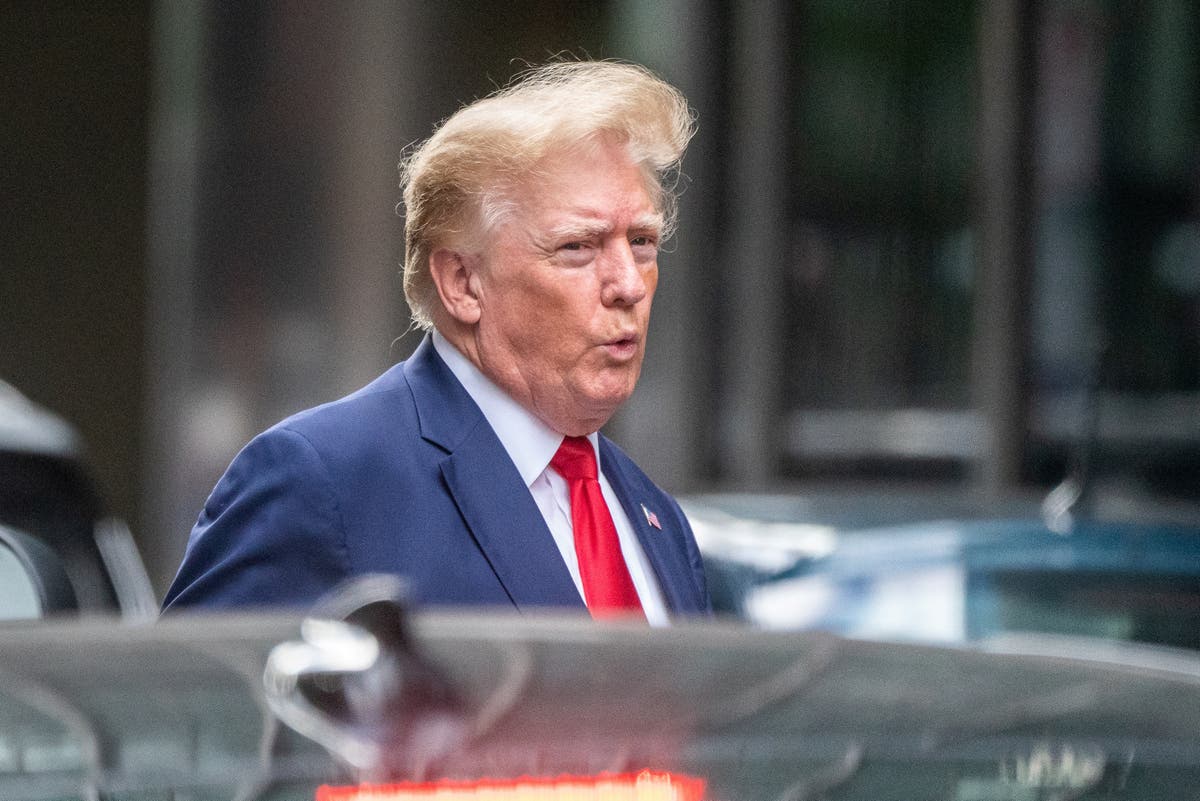 Donald Trump has claimed rank and file FBI agents “love” him after he spent days verbally attacking the agency over the Mar-a-Lago raid.

Mr Trump’s comments on Truth Social came as his new lead attorney Jim Trusty promised to “come out swinging” as he prepares to file a new legal challenge against the breadth of the Justice Department search warrant.

Mr Trump has led a chorus of Republican criticism against the FBI over the 8 August search of his private club in Palm Beach, Florida, for classified materials he took with him when he left office.

The increasingly violent rhetoric has led to a wave of threats against the FBI and federal agents and warnings it could fuel further violence.

Commenting on his social media platform on Saturday, Mr Trump wrote: “I hear the the great Agents and others in the FBI are furious at FBI leadership for what they are doing with respect to political weaponisation against a President (me) that always had their backs, and that they like (love!) a lot.”

He claimed that agents didn’t like being used by those they didn’t “agree with or respsect”.

Meanwhile, his new lead counsel Mr Trusty told The Mark Levin Show on Friday that the evidence produced in the Justice Department’s search warrant had been too vague.

Trump’s new lead counsel reveals that the “major motion” they are filing is to challenge the breadth of the warrant: “We’re gonna come out swinging.” pic.twitter.com/TvBUU6ROj3

“There’s just no limit to that kind of scope in the warrant,” Mr Trusty said.

“We’re going to come out swinging and say, look, you know, this cannot be something where we just get a kind of wink and a nod from DOJ that we’re supposed to trust them.”

On Thursday, the federal judge who authorised the Mar-a-Lago search said he was open to releasing a redacted version of the affidavit that underpinned the warrant.

Judge Bruce Reinhart said he would make a final decision after the redactions had been made.

After days of attacks on federal agents from Republicans, former vice president Mike Pence appealed to his party to tamp down the rhetoric on Wednesday.

“Our party stands with the men and women who stand on the thin blue line at the federal and state and local level, and these attacks on the FBI must stop,” Mr Pence said.

Mr Trump is suspected of taking several boxes of top secret materials with him when he left the White House, including sensitive nuclear information.