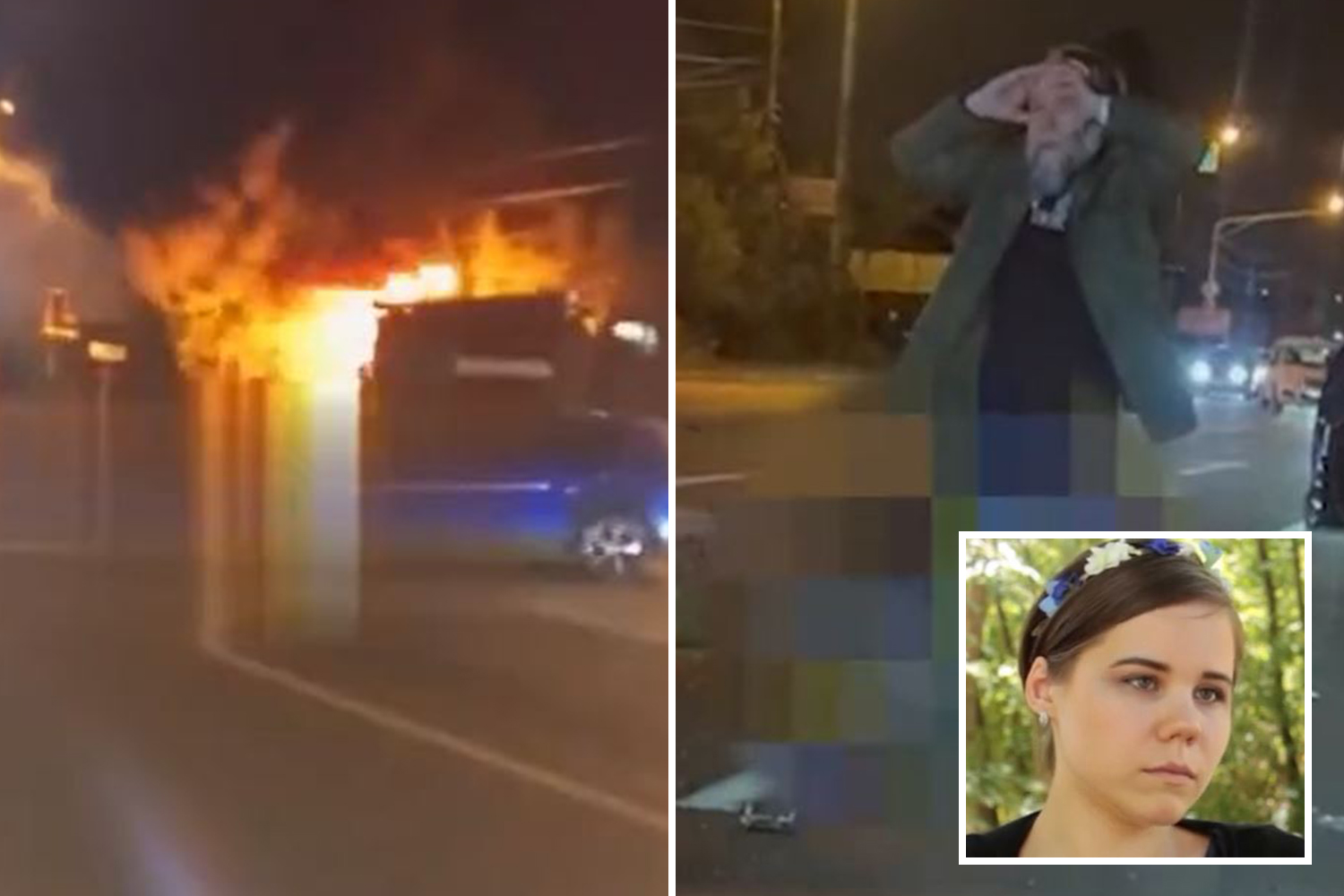 The Neo-Nazi mystic, known as “Putin’s Rasputin”, switched cars last minute while leaving an event he and Darya had attended as guests of honour.

He was set to leave the Tradition family festival at the Zakharovo estate with her when he hopped into another vehicle, according to violinist and pal Peter Lundstrem.

Darya, a political analyst and editor of pro-Russia publication United World International, was instead ambushed by a deadly detonation in the jeep, Gazeta reports.

She is said to have been killed instantly in the shock blast on the outskirts of Russia’s capital, near the village of Bolshie Vyazemy.

The controversial public figure is believed to have been travelling in a Toyota Land Cruiser Prado when the vehicle erupted in flames.

Devastated Alexander was pictured arriving at the scene of the incident in horror, holding his head in his hands as he looked on.

The jeep, believed to belong to Darya, is engulfed by a devastating fire while emergency services desperately try to extinguish it.

Shocked bystanders are also seen surveying the scene in the video that was shared to Telegram channels Baza and 112.

Just hours earlier, Darya had been pictured strolling through a park with her father, the philosopher known as “Putin’s Brain”.

Darya’s father is a close pal and advisor to the Russian President, sparking rumours he has been a key influence in Putin’s strategy.

As well as Alexander facing intense scrutiny, Darya was also reprimanded by the West for her publication UWI spreading misinformation.

She was placed on the sanctions list by the UK and the US back in April for running a “platform for Russian ultra-nationalists to spread disinformation and propaganda.”

Her father is said to pull the puppet strings of Russian politics – just like Rasputin – and his ideas are even suspected to have influenced Putin.

Sporting a massive bedraggled beard like his namesake, Alexander long called for an invasion of Ukraine and chillingly believes that Moscow has the right to rule over all of Europe and Asia.