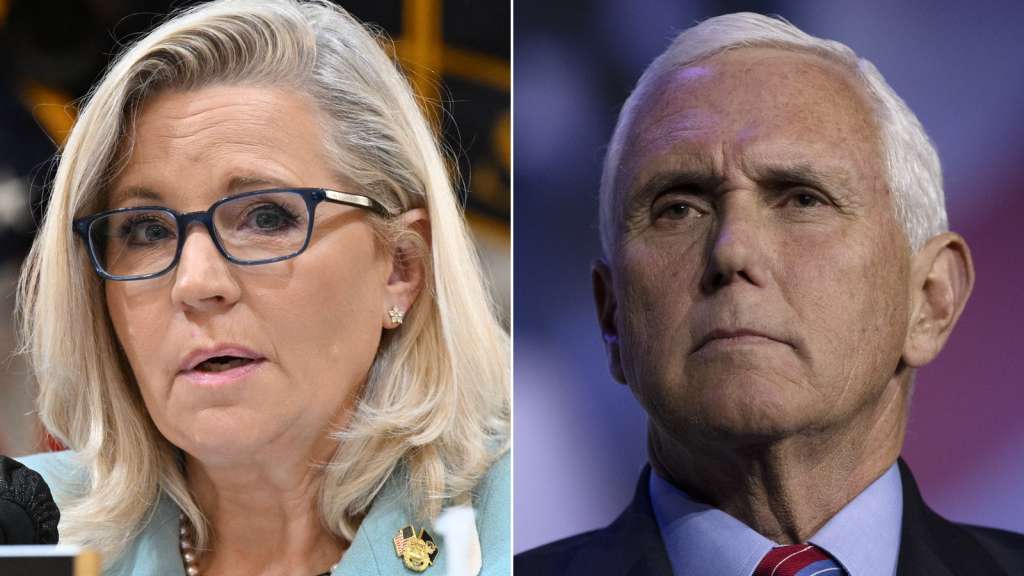 “Look, he played a critical role on January 6. If he had succumbed to the pressure that Donald Trump was putting on him, we would have had a much worse constitutional crisis,” the Wyoming Republican said. “And I think that he has clearly, as he’s expressed, concerns about executive privilege, which, you know, I have tremendous respect. I think it’s, you know, hugely important constitutional issue in terms of separation of powers.”

Earlier this week, Pence said he would give “due consideration” to any formal invitation to testify before the committee. But he also said he would have serious constitutional issues about appearing before the panel, and a person with knowledge of Pence’s thinking has cautioned to CNN against reading too much into his remarks.

Although Cheney acknowledged the concerns about executive privilege that Pence has raised, she said she believes that “when the country has been through something as grave as this was, everyone who has information has an obligation to step forward. So I would hope that that he will do that.”

When asked if Pence will appear before the committee in September, Cheney said: “I would hope that he will understand how important it is for the American people to know every aspect of the truth about what happened that day.”

The former vice president believes that much of the information related to his experience on January 6 has already been provided to the committee because his one-time chief of staff Marc Short and lawyer Greg Jacob have testified in full, a source with knowledge of Pence’s thinking previously told CNN.

Speaking at the New Hampshire Institute of Politics on Wednesday, Pence said, “Under the Constitution, we have three co-equal branches of government, and any invitation to be directed to me, I would have to reflect on the unique role I was serving in as vice president. It would be unprecedented in history for a vice president to be summoned to testify on Capitol Hill. But, as I said, I don’t want to pre-judge, so if there’s ever any formal invitation rendered to us, we would give it due consideration.”

While Pence said it would be “unprecedented” for a vice president to be asked to testify on Capitol Hill, presidents and vice presidents have testified before Congress in the past.

“We have learned an awful lot about what happened with the vice president because so many of his close associates have come in and testified quite honestly and at length,” Lofgren said. “But sure, it would be great to hear from the vice president, and I don’t know whether it was an offhand comment or whether it was a message to us to send him an invitation but we are certainly going to pursue it.”

Cheney said she had not seen Pence’s comments from earlier this week but that “it sounds like they were pretty similar to what his counsel has been saying.” She said the committee and Pence’s counsel have been in ongoing discussions.

This is not the first time that members on the panel have said they are in talks with Pence’s legal team.

On June 23, Democratic Rep. Bennie Thompson, who chairs the committee, told reporters: “We would love to have former Vice President Pence’s testimony, we have sought it, we’ve talked to his attorneys in the past, but we’re moving on with the work.”

“At this point, with the hearings we’ve had, we think we’ve done a good job at telling the story as to what happened,” Thompson said in the June interview.

In July, CNN reported about the active conversations members on the committee were having about whether to ask Pence, and even Trump himself, to testify.

And as early as January, Thompson has said he wants to hear directly from Pence.

Cheney on Friday would not answer directly if the committee would ask Trump to testify. “I don’t want to make any announcements about that this morning. So, let me just leave it there,” she said.

But when asked again if it remains a possibility, Cheney told ABC, “Yes. I mean, I don’t — again, I don’t want to get in front of committee deliberations about that. I do think it’s very important, as I said in the first hearing or the second hearing, you know, his interactions with our committee will be under oath.”