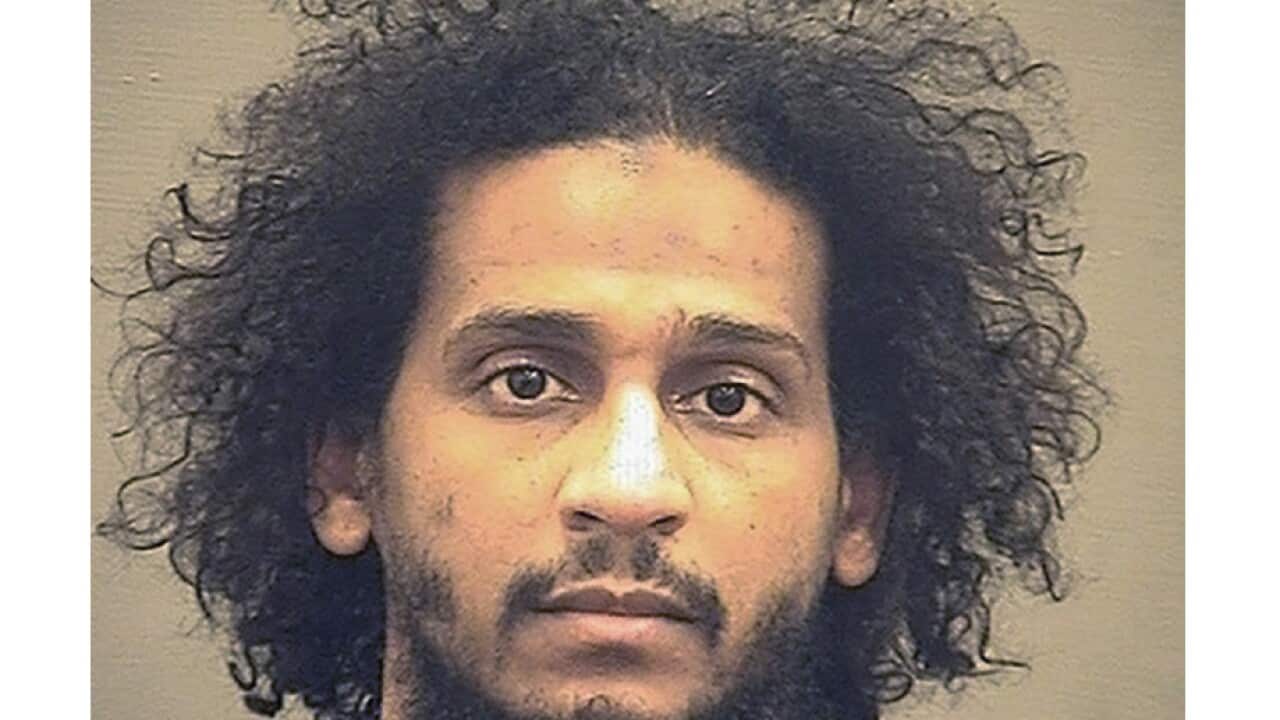 This article contains references to sexual harassment and sexual assault.
British national El Shafee Elsheikh has been sentenced to life in prison for his role in a scheme by self-proclaimed Islamic State (IS) that took roughly two dozen Westerners hostage a decade ago.
Elsheikh’s hostages gave him a somewhat whimsical nickname — he was dubbed a “Beatle” along with other English-accented captors — but the moniker belied the viciousness of his conduct.

“This prosecution unmasked the vicious and sadistic ISIS Beatles,” said First Assistant US Attorney Raj Parekh, noting that Elsheikh and the other Beatles always wore masks when they appeared in front of their hostages.

He is the most notorious and highest-ranking member of the IS group to ever be convicted in a US Court, prosecutors said on Friday at his sentencing hearing in US District Court in Alexandria.
The life sentence was a foregone conclusion after a jury convicted him of hostage-taking resulting in death and other crimes earlier this year.
The convictions revolved around the deaths of four American hostages: James Foley, Steven Sotloff, Peter Kassig, and Kayla Mueller.

All but Ms Mueller were executed in videotaped beheadings circulated online. Ms Mueller was forced into slavery and raped multiple times by IS leader Abu Bakr al-Baghdadi before she was killed. They were among 26 hostages taken captive between 2012 and 2015 when the IS group controlled large swaths of Iraq and Syria.

The convictions carried a mandatory life sentence. The US agreed not to pursue the death sentence as part of a deal that ensured the extradition of Elsheikh and his friend, Alexanda Kotey, who has already been sentenced to life.
Mr Parekh said it was difficult to convey the brutality of Elsheikh’s actions. “We lack the vocabulary of such pain,” he said, paraphrasing Dante’s Inferno.
Still, victims of Elsheikh and the Beatles testified at Friday’s hearing and gave voice to what they experienced. Danish photographer Daniel Rye Ottosen, who was released after paying a ransom, said the worst moments were times of silence during and after captivity when he was alone with his thoughts.

He said when Elsheikh and the Beatles beat him up, it was almost a relief. James Foley was among 26 hostages taken captive between 2012 and 2015 when the IS group controlled large swaths of Iraq and Syria. Source: AAP / AP

“Now I knew I could only concentrate on my pain, which is much easier than being alone with your thoughts,” he said.

Mr Ottosen was particularly close to Mr Foley, and memorised a goodbye letter that Mr Foley wrote to his family so he could dictate it to Mr Foley’s parents when he was released.
Mr Foley’s mother, Diane Foley, said holding Elsheikh accountable at trial sends a message of deterrence to other would-be hostage takers.

“Hatred truly overwhelmed your humanity,” she told Elsheikh on Friday, which was the eighth anniversary of Mr Foley’s beheading. Diane Foley, the mother of James Foley, centre, accompanied by Carl and Marsha Mueller, the parents of Kayla Mueller, after the sentencing of El Shafee Elsheikh on Friday, 19 August 2022. Source: AAP / AP

At trial, surviving hostages testified that they dreaded the Beatles’ appearance at the various prisons to which they were constantly shuttled and relocated.

Elsheikh and the other Beatles played a key role in the hostage negotiations, getting hostages to email their families with demands for payments.
They also routinely beat and tortured the hostages, forcing them to fight each other to the point of passing out, threatening them with waterboarding and forcing them to view images of slain hostages.
If you or someone you know is impacted by sexual assault, call 1800RESPECT on 1800 737 732 or visit . In an emergency, call 000.