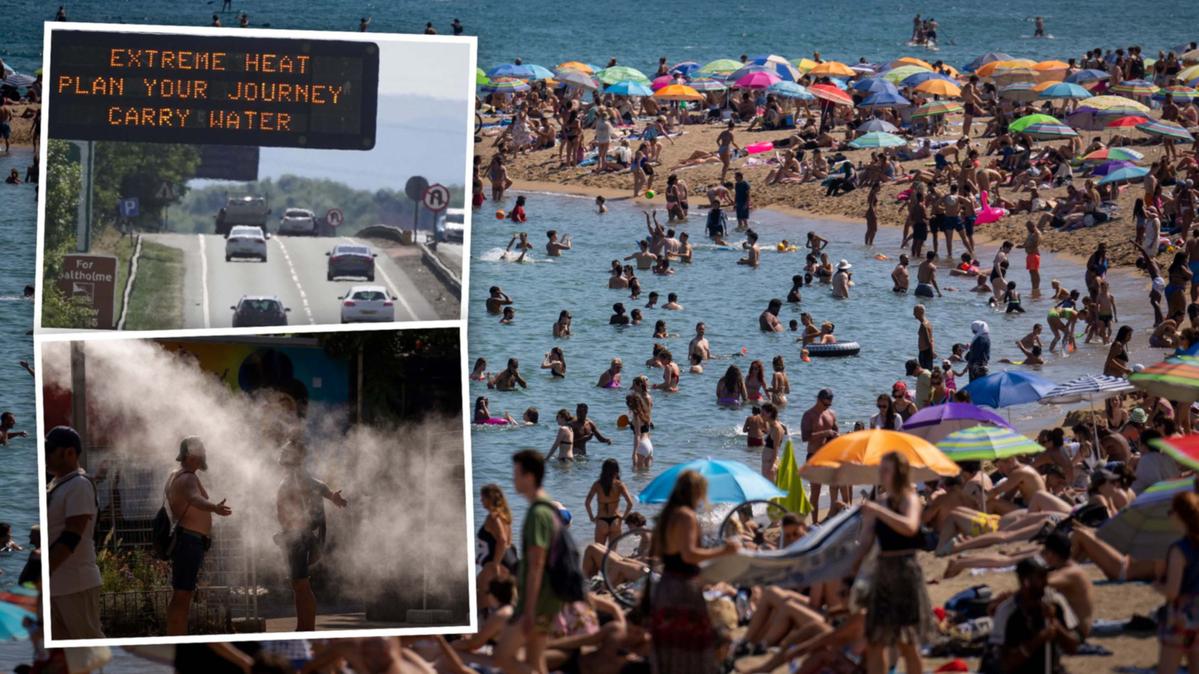 Firefighters are struggling to contain wildfires raging out of control in France and Spain as Europe wilts under an unusually extreme heatwave that authorities have linked to a rise in excess mortality.

Two huge blazes that have been consuming pine forests for six days just south of the city of Bordeaux in southwest France have forced the evacuation of some 14,000 people, including many who were set to spend their holidays at campsites.

In Spain, firefighters supported by the armed forces’ emergency brigades are trying to stamp out more than 30 fires consuming forests spread across the country.

Spain’s National Defence Department said “the majority” of its firefighting aircraft have been deployed as many areas are rugged, hilly terrain that makes it difficult for ground crews to access.

So far, there have been no fire-related deaths in France or Spain. In Portugal, the pilot of a firefighting plane died when his aircraft crashed on Friday.

But as temperatures remain unusually high, heat-related deaths have soared.

In Spain, the second heatwave of the summer has kept highs above 40C in many areas.

In France, a wildfire in La Teste-de-Buch near the Atlantic coast has forced 10,000 people to flee.

The Gironde regional government said on Sunday that “the situation remains unfavourable” due to gusting winds that, combined with hot and dry conditions, have fanned more flare-ups overnight.

A second fire near the town of Landiras, south of a valley of Bordeaux vineyards, has forced authorities to evacuate 4100 people this week, including some 1900 on Saturday.

Authorities said one flank has been brought under control by the dumping of white sand along a 2km stretch. Another flank, however, remains unchecked.

Some of the most worrying blazes in Spain are concentrated in the western regions of Extremadura and Castilla y Leon.

Interior Minister Fernando Grande-Marlaska announced a joint command that will take over co-ordinating the efforts to battle the fires that are active in the adjoining regions.

Firefighters have been unable to stop the advance of a blaze that broke out near the city of Caceres which is threatening the Monfrague National Park and has kept 200 people from returning to their homes.

Another fire in southern Spain near the city of Malaga has forced the evacuation of a further 2,500 people. There are more fires near the central city of Avila, in north-west Galicia, among other areas.

Hungary, Croatia and the Greek island of Crete have also fought wildfires this week, as have Morocco and California.

The scorching temperatures have reached as far north as the UK, where its Met Office weather agency has issued its first-ever “red warning” of extreme heat for Monday and Tuesday, when temperatures in southern England may reach 40C for the first time.

That will still be relatively bearable compared with the 47C recorded in Portugal’s northern town of Pinhao on Wednesday, establishing a new national record.