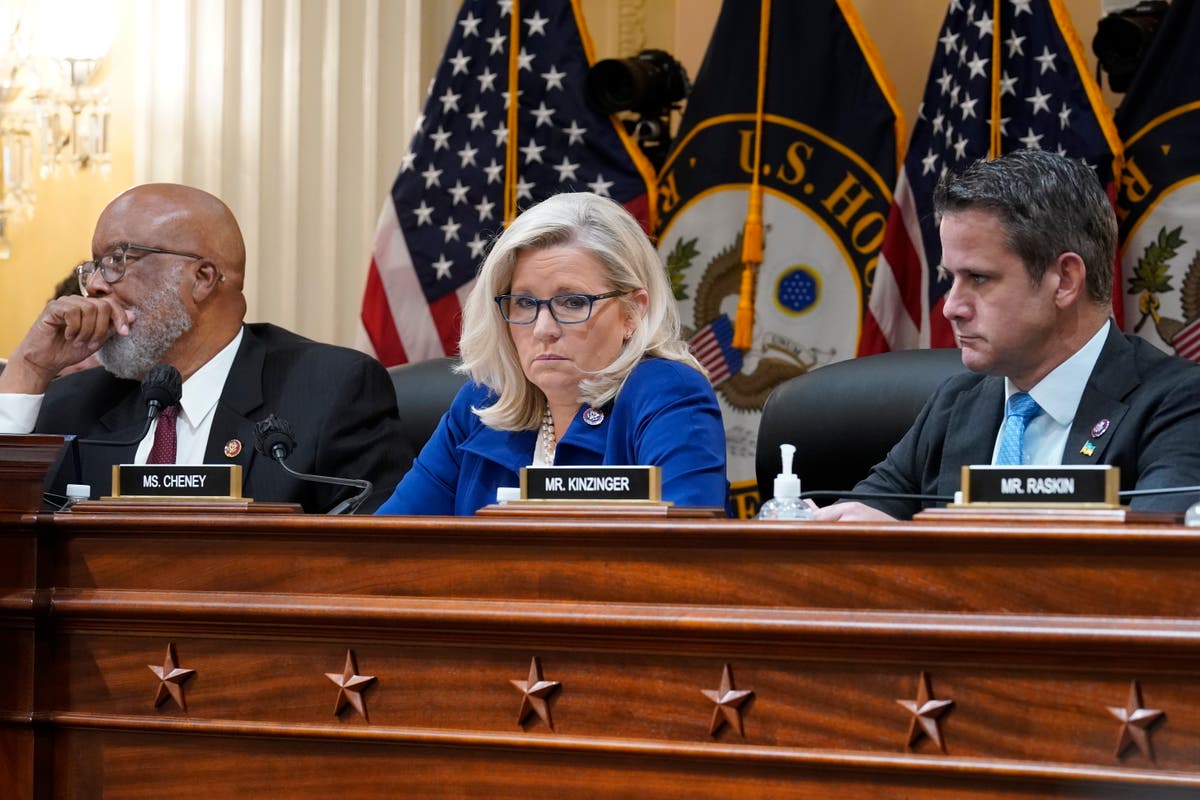 The January 6 committee’s second primetime hearing will take place on Thursday and feature a “minute-by-minute” account of Donald Trump’s actions while Capitol Hill was being stormed by his supporters, a panel member said on Sunday.

Three members of the House select committee – Zoe Lofgren, Elaine Luria and Adam Kinzinger – appeared on Sunday shows to discuss the hearing. Republican Congressman Kinzinger also signaled that it may not be the last time the panel presents findings to the public.

Representative Luria, who will lead Thursday’s hearing, told CNN that it would be a “minute by minute…time frame from the time [Donald Trump] left the stage at the Ellipse, came back to the White House and really sat in the White House”.

Representative Lofgren told ABC that the committee would lay out “minute by minute what happened, what didn’t happen on that day and people can make their own judgements”.

Rep. Kinzinger told CBS that the revelations on Thursday would “open people’s eyes in a big way” to how Mr Trump felt personally about the hordes of rioters descending upon the Capitol, and the violence that was unfolding in his name.

The hearing on Thursday is likely to feature further videotaped testimony from Pat Cipollone, the former White House counsel. But a list of witnesses hearing in person has yet to be announced.

The committee’s members including Mr Kinzinger have expressed disinterest in seeking to compel former President Donald Trump to testify, but have said that they are interested in the perspective of ex-Vice President Mike Pence and those around him.

“Donald Trump has made it clear that he doesn’t mind not telling the truth. Let’s just put that mildly. He lies all the time. I wouldn’t put it past him to even lie under oath, so I’m not sure what the value is there,” Mr Kinzinger said on Sunday.

Both he and Rep. Lofgren hinted that more hearings could take place in future. Panel members have said that witnesses continue to come forward with relevant testimony regarding the actions of White House officials and Trump allies in the days and hours leading up to the attack on Congress, as well as their responses after it happened.

“The fact that a series of hearings is going to be concluded this Thursday doesn’t mean that our investigation is over. It’s very active, new witnesses are coming forward, additional information is coming forward,” Rep. Lofgren told ABC News on Sunday.

“This investigation is not winding down,” Mr Kinzinger told CBS. “We may be towards the end of this tranche of hearings, we may have more hearings in the future and the investigation is still ongoing.”

Thursday’s hearing will be the first meeting of the lawmakers scheduled for prime-time since the committee’s exposition hearing last month.

At least 20 million Americans tuned into that hearing, according to cable news and online viewership figures.