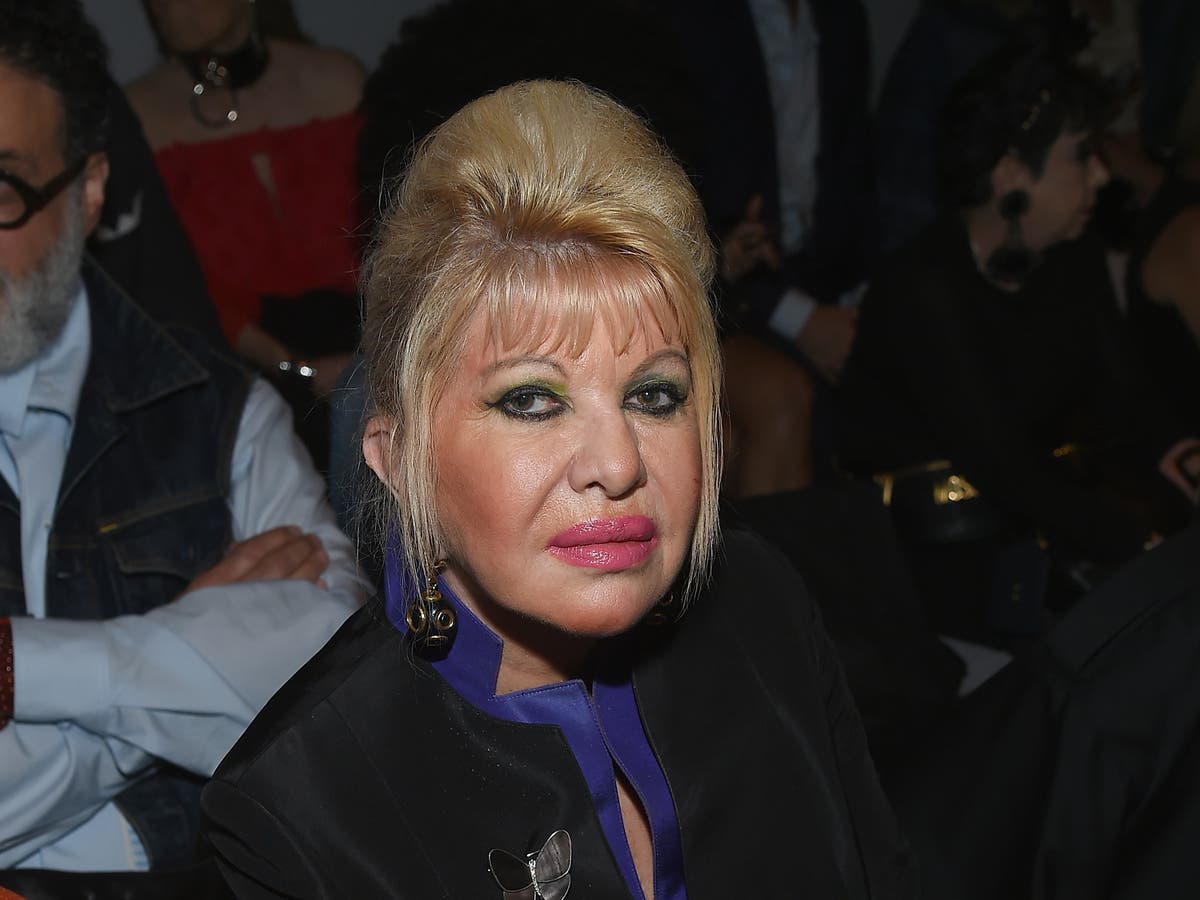 Mourners have been leaving heartfelt tributes outside the Manhattan home of Ivana Trump, with one handwritten note reading “we love you Ivana” taped to the front door.

“We love you Ivana!!! Thanks for your contribution to New York. Rest in Peace,” the note read, captured in an image by theNew York Post.

“We also Love Trump, OUR NEXT PRESIDENT!!” the handwritten note added, referencing her ex-husband Donald Trump.

The home of the New York socialite and first wife of the former president has become a makeshift memorial in the days after her death, with New Yorkers stopping to leave flowers, cards and notes outside in her memory.

Ms Trump was found unresponsive at the bottom of the stairs in her Upper East Side apartment on Thursday.

On Friday, the New York City Office of Chief Medical Examiner ruled her death an accident, caused by accidental blunt impact injuries to the torso. She was 73 years old.

Police had responded to a call at around 12.40pm on Thursday for a woman unconscious and unresponsive inside the apartment building. She was pronounced dead at the scene.

Investigators said that there was no sign of foul play and believe she wound up at the bottom of the stairs after either a fall or going into cardiac arrest.

She leaves behind her three children with the former president: Don Jr., Ivanka and Eric.

Her ex-husband was the first to confirm her death in a statement on his Truth Social platform.

“I am very saddened to inform all of those that loved her, of which there are many, that Ivana Trump has passed away at her home in New York City.”

He described his former wife as “a wonderful, beautiful, and amazing woman, who led a great and inspirational life”.

Her only daughter Ivanka Trump paid tribute to her mother who “lived life to the fullest”.

“Heartbroken by the passing of my mother,” she wrote. “She lived life to the fullest – never forgoing an opportunity to laugh and dance. I will miss her forever and will keep her memory alive in our hearts always.”

Born Ivana Zelníčková in what was then Czechoslovakia, she learned to ski from a young age and went on to become a talented member of the country’s national youth ski team.

In 1971, she left communist Czechoslovakia for Canada after marrying her first husband, Austrian skier Alfred Winklmayr.

It was 1976 when she then first met Mr Trump in New York City, with the couple marrying the following year.

Together, the pair became fixtures on the New York social scene and had three children together.

They split when Mr Trump had an affair with Marla Maples, who would go on to become his second wife, and a bitter divorce ensued.

In the years after the divorce was settled, the former spouses became more amicable.

Ms Trump went on to marry and divorce two more times before her death.