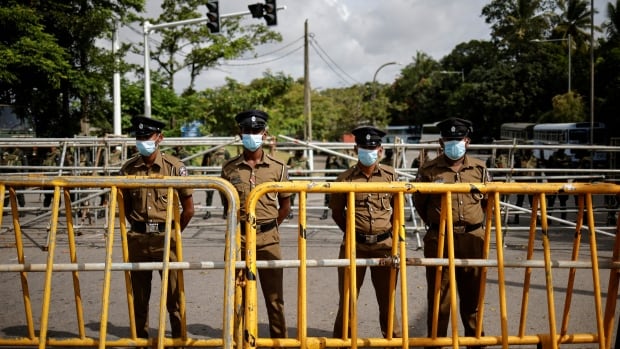 Sri Lanka’s acting president Ranil Wickremesinghe has declared a state of emergency, according to a government notice released late on Sunday, as his administration seeks to head off social unrest ahead of a vote in parliament later this week to elect a new president.

Sri Lanka’s beleaguered leaders have imposed a state of emergency several times since April, when public protests took hold against the government’s handling of a deepening economic crisis and a persistent shortage of essentials.

“It is expedient, so to do, in the interests of public security, the protection of public order and the maintenance of supplies and services essential to the life of the community,” the notification stated.

Wickremesinghe had announced a state of emergency last week, after president Gotabaya Rajapaksa fled the country to escape a popular uprising against his government, but it had not been officially notified or gazetted.

Late on Sunday, Wickremesinghe, who was sworn in on July 15 as acting president, declared a fresh state of emergency, the specific legal provisions of which are yet to be announced by the government.

Previous emergency regulations have been used to deploy the military to arrest and detain people, search private property and dampen public protests.

Colombo, the country’s commercial capital, remained calm on Monday morning, with traffic and pedestrians out on the streets.

Bhavani Fonseka, senior researcher at the Centre for Policy Alternatives, said declaring a state of emergency was becoming the government’s default response.

“This has proven ineffective in the past,” Fonseka told Reuters.

Rajapaksa fled to the Maldives and then Singapore last week after hundreds of thousands of anti-government protesters came out onto the streets of Colombo a week ago and occupied his official residence and office.

Parliament accepted Rajapaksa’s resignation on Friday, and convened a day later to begin the process of electing a new president, with the vote set for Wednesday.

The crisis-hit nation also received a shipment of fuel arrived to provide some relief amid the crippling shortages.

Wickremesinghe, a six-time prime minister regarded as an ally of Rajapaksa, is one of the top contenders to take on the presidency full-time but protesters also want him gone, leading to the prospect of further unrest should he be elected.

Sajith Premadasa, leader of the main opposition Samagi Jana Balawegaya (SJB) party, is another leading candidate, along with Dullas Alahapperuma, a senior ruling party lawmaker who served as the minister of mass media and a cabinet spokesperson.