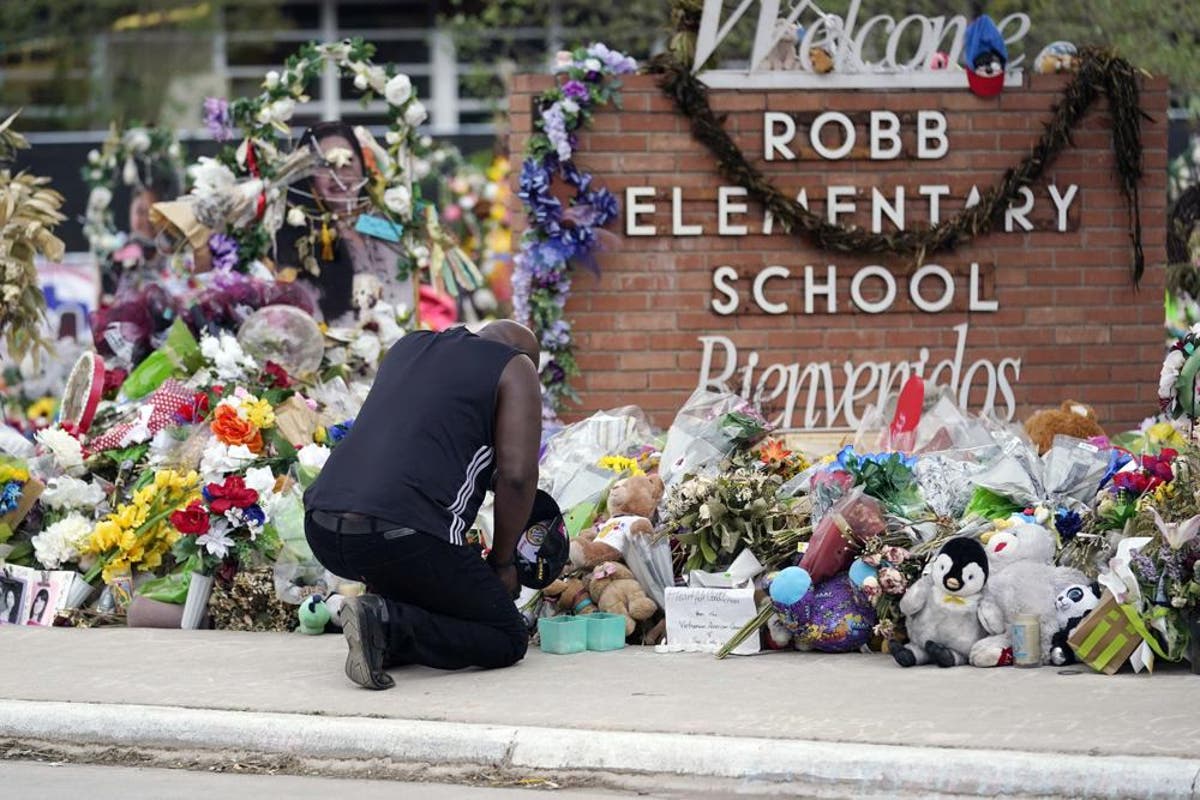 Authorities in Uvalde have placed the city’s acting police chief on administrative leave after a report on the 24 May shooting inside Robb Elementary School, which left 21 dead and dozens injured, showed that the law enforcement’s approach to the incident was “lackadaisical”.

Almost 400 officers stood by for 77 minutes while the gunman murdered 19 innocent students and two teachers. The damning report has led to an outpouring of reactions, with many seeking reforms and accountability.

Mayor Don McLaughlin said they have decided to release all footage from the police officers’ body cameras, adding that it had been held back due to the directions of district attorney Christina Mitchell.

“However, with the release of the school district’s hallway video, we believe these body camera videos provide further necessary context,” he said.

Additionally, the mayor confirmed that city officials have placed Lt Mariano Pargas, who was the acting chief of police for the city of Uvalde that day, on administrative leave.

“The city has a responsibility to evaluate the response to the incident by the Uvalde police department, which includes Lt Pargas’s role as the acting chief,” the mayor said.

He added that the leave was to investigate “whether the top cop was responsible for taking command as each agency had senior level commanders on site” but did not confirm if it was paid leave.

“We want to know which agency took what specific actions to take command, and where did the critical breakdown occur,” Mr McLaughlin said.

He added that the city has selected former Austin police department detective Jesse Prado to conduct the internal investigation.

According to the report by a Texas House committee that investigated the incident, a staggering 376 law enforcement officers descended on Robb Elementary School to respond to what became the worst mass shooting in Texas history.

“There was an overall lackadaisical approach by law enforcement at the scene. For many, that was because they were given and relied upon inaccurate information. For others, they had enough information to know better,” according to the report.

“400 armed police officers in #Uvalde. The disjointed response was a catastrophic failure of leadership. One 18-year-old mass murderer armed with an AR-15 caused the destruction, and the horrific police response exacerbated it. If this doesn’t spur TX leaders to act, nothing will!” he said on Twitter.

Democrat Sarah Eckhardt from Austin also slammed the lack of police action and said: “We are dumbstruck by the inaction in the hallway that day but it does call into question the idea that we can respond to teenagers with automatic weapons bent on mass murder,” reported CBS Austin.

Texas state representative Vikki Goodwin also reiterated the gun violence carried out by loose legislation of purchasing guns. She said: “I want to keep the focus on the fact that an 18-year-old was able to legally buy an AR-15, an assault weapon, and kill all those innocent children.”

Relatives of the school students who fell prey to the shooting and those who survived the attack slammed the police over the findings of the report.

Vincent Salazar, grandfather of 11-year-old Layla Salazar who was killed in the shooting, said: “It’s a joke. They’re a joke. They’ve got no business wearing a badge. None of them do.”

Many parents, meanwhile, also slammed the investigating committee that created the report.

The mother of a school student, Tina Quintanilla-Taylor, whose daughter survived the shooting, shouted at the three-member house committee and said they should have taken questions from the community and not just the media.

“I’m pissed. They need to come back and give us their undivided attention,” she said, adding that “these leaders are not leaders”.

The Texas House committee has invited the families of the victims to discuss the report in private.

Another parent, Michael Brown, whose 9-year-old son survived the shooting and was present in the cafeteria of the school, said that he already knows enough without reading the report to say that the police “have blood on their hands”.