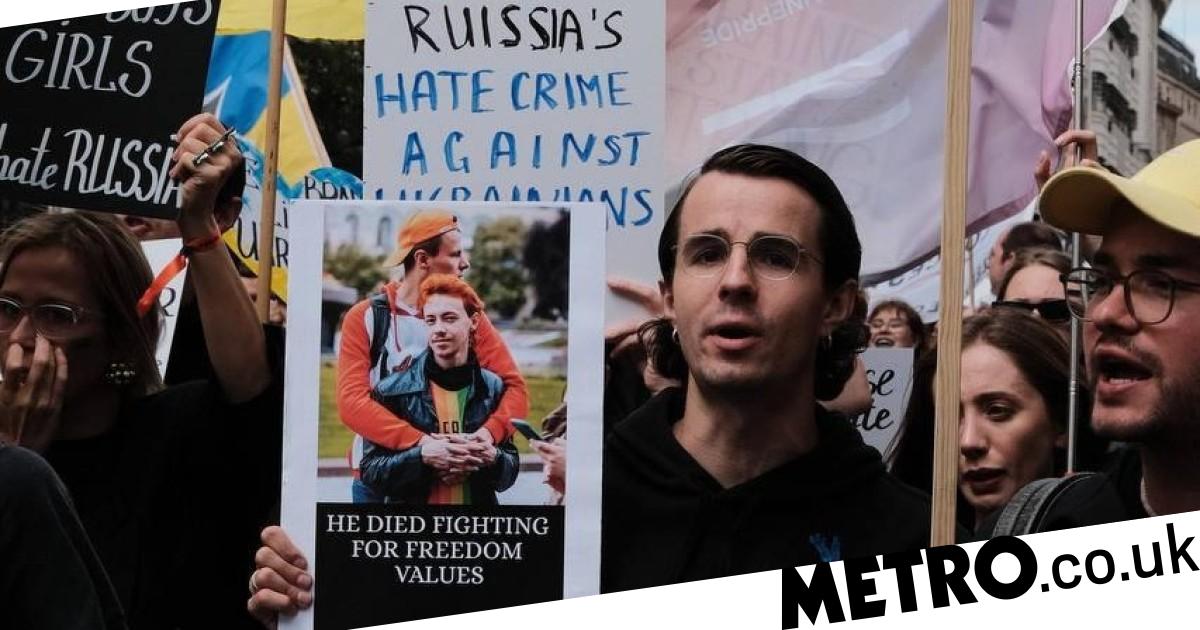 I woke up in the early hours of the morning of 24 February to a phone call from my US friends.

As soon as I answered, they told me that all international news had been declaring Russia’s large-scale invasion of Ukraine.

I was terrified, shocked, and confused. I knew that I needed to leave my apartment in Kyiv immediately.

It took me 40 minutes to pack my suitcase and get to the car. The military aircraft flew low and terrifyingly loud. That was a surreal experience – it was hard to realise whether it was a reality or the worst nightmare of my life.

Just like other Ukrainians, I wasn’t ready for war and the devastation and suffering it brings.

Now, over four months later, I’m still trying to cope with all the changes. Today I don’t have a permanent home in Kyiv, a city where I have lived since 2010. I brought all my belongings to my parents’ house in Ternopil, which is located in the western part of the country.

The entertainment industry I have worked in since 2015 has been heavily affected by the war. I used to work on multiple projects simultaneously – I shot music videos for Ukrainian singers, created high-budget fashion videos, and produced commercials for local brands. Now neither singers nor fashion brands invest in video content, so I have just a few low-budget projects (mainly social projects) to focus on.

In the past, I was proud to have a big team of true professionals. But sadly, I have lost many members of my team due to the war: some of them are fighting at the front line, and others have fled Ukraine to start a new life in a new country.

Before Russia invaded Ukraine, I lived my life to the fullest.

As a founder and creative director of the non-governmental organisation UKRAINEPRIDE – an organisation that supports the propatriotic queer movement – I actively participated in Prides, organised events for the queer community in Ukraine, and gave interviews and speeches to promote human rights and equality for LGBTQ+ people.

In the summer of 2021, we held a creative political performance called ‘Reyvakh Pride’ – reyvakh can be translated from Yiddish as ‘noise’ – disguised as a rave outside the Ukrainian president’s office.

The purpose of the event was to draw public attention to the safety of LGBTQ+ people, the arbitrariness of the police, the lack of investigation into past crimes of radical groups against the community, as well as Kyiv’s electronic scene.

It was the longest – it lasted for 10 hours – and the most creative LGBTQ+ protest in the history of our country. And I’m proud to say that we managed to organise it entirely on our own, without any sponsors or support.

As a producer and a film director, I had many plans for the future, and I was happy to contribute to the industry I worked in and see it growing.

The war has changed my life, and now I have different goals.

After my friends and I left Kyiv, we went to my parents’ house and stayed there for two months. Living under one roof, we did our best to support each other – it was the only way to handle all the bad news about countless deaths and destruction.

In the first few days of the war, we ran to the bomb shelter whenever we heard air raid sirens. In a week, we got tired from frequent runs – both physically and mentally.

When a siren went off, we simply relocated to the hallway, the only safe place in the house where the rule of ‘two walls’ works (a rule we use where if there are at least two walls between the person and the street where the explosion takes place, the person will likely survive)

Now I tend to ignore the air raid siren, even though I understand that it can cost me my life. I have already witnessed how war took the lives of my friends and colleagues; some of them were a part of our LGBTQ+ community.

I defend my homeland in the way I can.

Since the war started, I have been using my voice to talk about Ukraine. Almost every day, I reach out to international media and give interviews – I explain how the Russian invasion has affected my life and the life of the Ukrainian LGBTQ+ community.

Basically, LGBTQ+ Ukrainians have suffered from the full-scale invasion, just like other Ukrainians. I always say that we are all equal in our grief, fears and struggles.

The only difference, I think, is that LGBTQ+ people experience more stress. No matter how high our achievements are, we still deal with hate from other Ukrainians, and it negatively affects our physical and mental wellbeing.

But we are strong, and we can handle it all.

In the first days of the full-scale invasion, my UKRAINEPRIDE team launched a donation campaign. We raised funds to support the LGBTQ+ military and their families, the Azov battalion, the elderly, and kids with special needs.

When I returned to Kyiv after two months in the war, I was nostalgic about last summer and our Reyvakh Pride. It inspired me to create a video project entitled, ‘Pride Is Not Available In Your Region’ in alliance with our friends from Taimi.

The main goal of the project was to show how war has changed the lives of our queer community. I wanted to highlight the contribution of LGBTQ+ people: some of them work as doctors, volunteers, or fight at the front line.

The first day of filming was unforgettable: we got together for the first time since the beginning of the war. We immersed ourselves in the creative process and simply enjoyed doing the things we were good at. It almost felt like we were living a normal life.

Everyone who participated in this project had a strong desire to stop this war as soon as possible. People worked with absolute dedication showing pure emotions. It was such a great moment that tears started to well up in my eyes.

This video is powerful, and it will take its place in Ukrainian LGBTQ+ history.

We created this project to remind the world about what’s happening in Ukraine. We expect that it will grab media attention and bring our victory closer.

We have since got support from Ukrainian celebrities, politicians, and international media. This film is still gaining momentum. It will contribute to our victory on all fronts, including the cultural one.

Today, as Ukrainians, we live in two different realities and are fighting for our lives and freedom in real life and the information war. Being queer, we are fighting on even more fronts to stay visible and equal during the war.

In this case, we strongly need international support from our community and allies to speak about LGBTQ+ Ukrainians during the Russian invasion.

If the world doesn’t pay attention to what’s going on in Ukraine, the war will come to other European countries.

More than anyone in the world, we seek peace. But peace at any cost is not an option for us.

We did not start this war. We did not invade foreign territories.

Our sovereignty and territorial integrity are not subject to compromise.


MORE : Ukraine confirms it has lost eastern city to Russia in bitter defeat


MORE : The LGBTQ+ club scene is in crisis – can anything be done to save it?