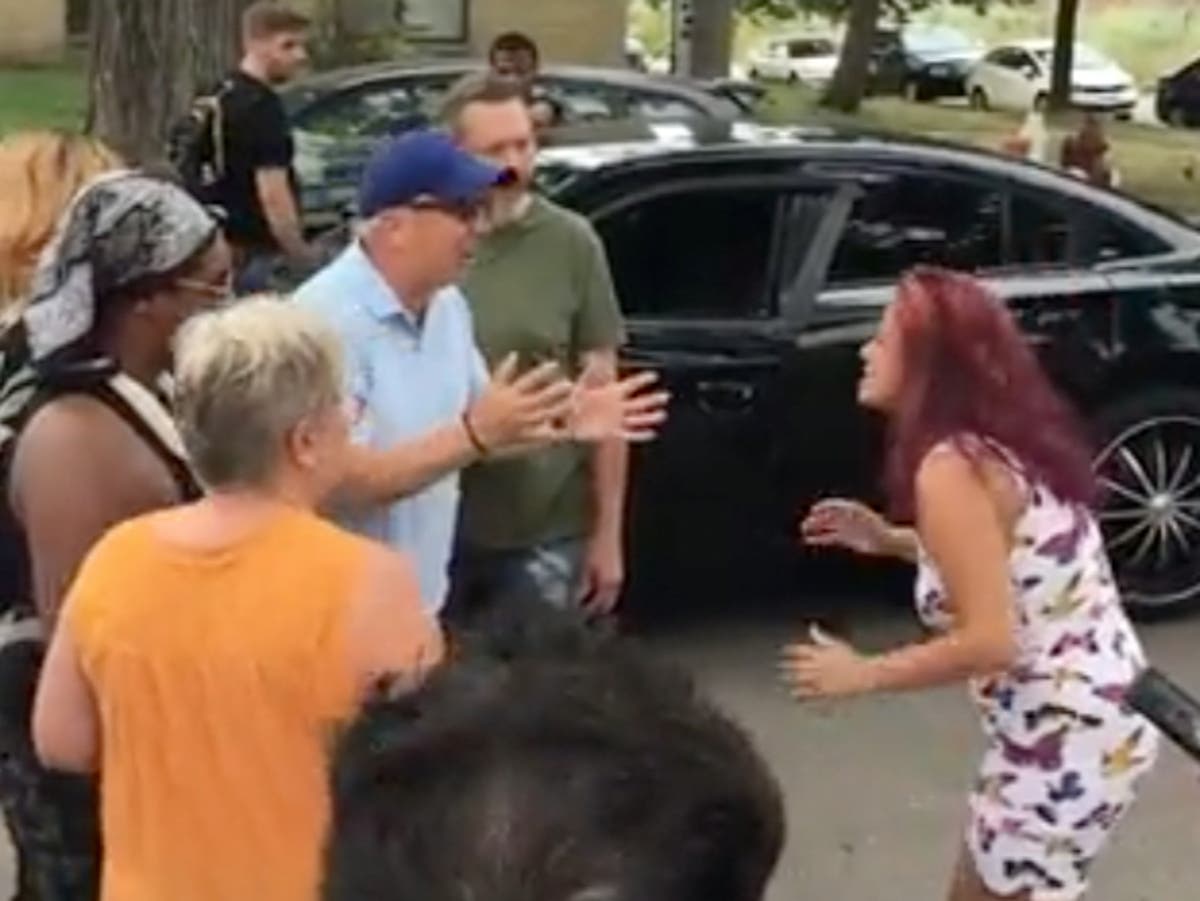 A Minneapolis mother confronted protesters who gathered outside her home in support of a man shot dead by police after he reportedly fired several shots at her home as she was making dinner for her children.

A video of the mother, Arabella Foss-Yarbrough, 24, posted by KARE 11 reporter Deevon Rahming, had received 4.5 million views as of early Monday afternoon.

“Things boiled over during Saturday’s rally and march for Tekle Sundberg when the 24-year-old woman who says he was shooting into her [apartment] showed up voicing her frustration with those gathering in front of her building on Sundberg’s behalf,” Mr Rahming wrote on Twitter.

Ms Foss-Yarbrough called the authorities on Wednesday night after her neighbour Andrew Sunberg, called Tekle, reportedly discharged his firearm into her home. Photos show bullet holes in her front door, wall, and bathroom, according to the New York Post.

Following a long standoff, Mr Sundberg was shot and killed by snipers from the Minneapolis Police Department early on Thursday.

“This is not a George Floyd situation. George Floyd was unarmed. This is not OK,” Ms Foss-Yarbrough told demonstrators who had gathered on Saturday to march and rally for Mr Sundberg, according to the video posted by Mr Rahming.

“He tried to kill me in front of my kids,”, she claimed.

According to the Minneapolis Star Tribune, Trahern Crews, the leader of BLM Minnesota, said “we’re here to respect life, demand justice, and we’re demanding the release of the body cam footage”.

“I can’t get my items because you guys are celebrating his life,” Ms Foss-Yarbrough yelled at the demonstrators. “This is not OK. My kids have to deal with this and probably have a mental illness now, because they almost lost their lives. There’s bullet holes in my kitchen because he sat in the f***ing hallway watching me move.”

“I have Black children, I am a woman of colour,” she added. “If I would have lost my life, would you guys do this for me?”

Mr Sundberg’s mother, Cindy Sundberg, told the press that Mr Sundberg had been dealing with mental health issues when the shooting occurred.

Civil rights lawyer Jeff Storms is representing Mr Sundberg’s parents. He said Mr Sundberg, who died at the age of 20, was adopted from Ethiopia when he was four years old, according to CBS News. Mr Storms has requested the release of body camera footage.

Minneapolis police said on Saturday that the office of the city attorney is working on getting the footage released to the family and subsequently to the public.

They noted that they are going through hundreds of hours of footage from the more than 50 law enforcement officers on the scene during the six-hour standoff.

Search warrants state that investigators found a pistol with an extended magazine and multiple bullet casings from Mr Sundberg’s apartment. A bullet fragment was found in a neighbouring apartment, CBS News reported.