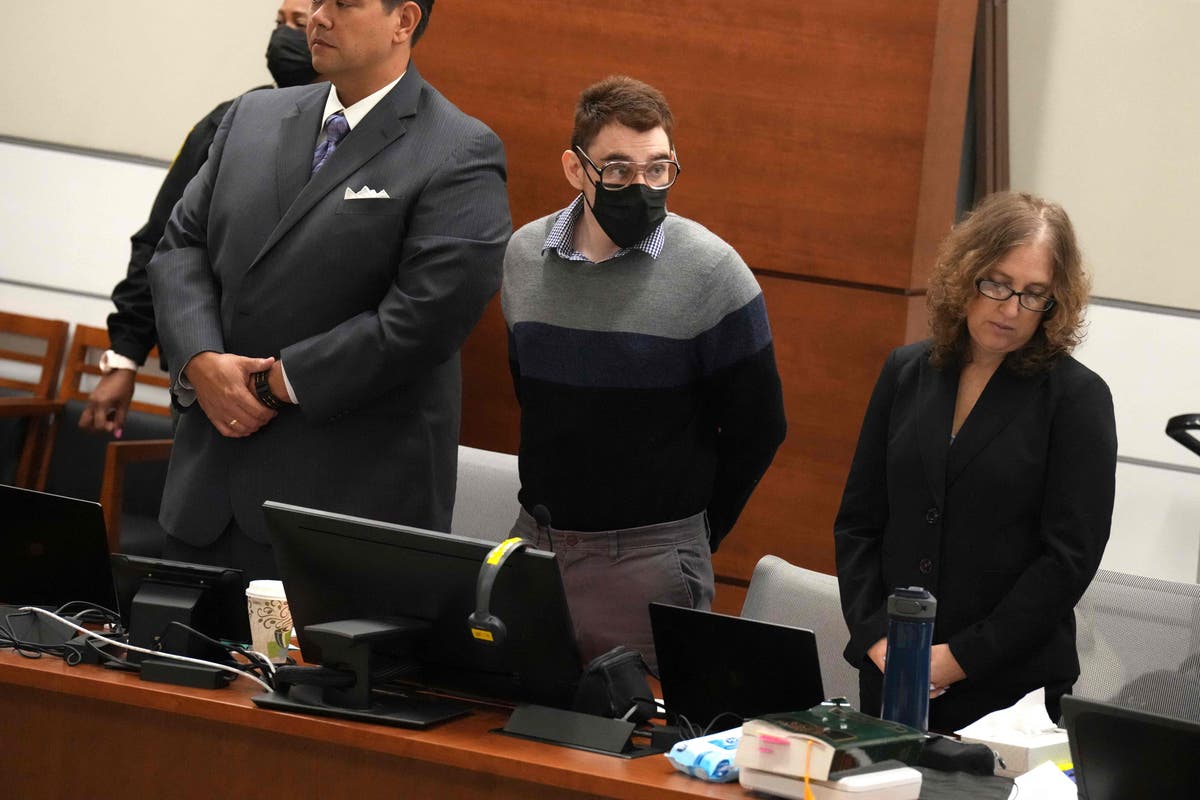 Nikolas Cruz, the man convicted of shooting dead 17 people and injuring 17 others at Marjory Stoneman Douglas High School in Parkland, Florida, on 14 February 2018, is facing the sentencing trial for his crimes.

Cruz, a former student at the school, was just 19 when he went on a shooting spree in what proved to be one of the deadliest school massacres in US history.

He subsequently surrendered to police and pleaded guilty to 17 charges of first-degree murder and 17 of attempted murder.

Cruz was a member of the school’s air rifle team who had been expelled over his disciplinary record. He had arrived at the school with a legally purchased AR-15-style semi-automatic rifle and gunned down 14 students and three staff members. The shooting had sparked a nationwide protest movement demanding tighter gun control measures.

While prosecutors are seeking the death penalty for Cruz, his attorneys are hoping for a life term.

Court in recess for the day

The state’s next witness is not due in town until this evening and so court is breaking early today.

The jury is excused for the day by Judge Scherer.

Gaston Nieves takes the stand. He is a digital video examiner for the FBI and has been in the role for 18 years.

Mr Nieves’ role is to protect, extract and examine digital evidence from anything that stores such assets.

He also identifies the server from the school and explains that when they took custody of the server they changed the password for easier access.

The next witness is Carlos Castello, a retired special agent with the FBI.

In February he was sent to Marjory Stoneman Douglas High School to take custody of the video server.

The server was removed to the FBI building in Miramar, Florida.

The state’s next witness is James Kessler who manages the video surveillance systems for the Broward County schools board.

He identifies images of the server used to record video from the school and confirms it was handed over to the FBI.

The state calls its next witness, Maximo Rosario, the current director of classroom technology for the Broward County Department of Education. He was previously assistant principal of Marjory Stoneman Douglas High School.

He is asked about the installation and functionality of the school’s motion-triggered security camera system.

After the broadcast to the court of video footage of the massacre, the defence team moves for a mistrial based on an outburst from one of the people in the gallery of the courtroom and the volume of the videos played.

Judge Scherer denies the motion saying that she could not hear what was said in the outburst nor by whom, but activated the court’s white noise machine to mask sounds out of caution.

“Somebody shouting one thing and you can’t see them, or you can’t hear exactly what they’re saying It’s not even close to grounds for mistrial.”

The jury is now being brought back into the room after the afternoon break and another witness will be called.

Why no questions from the defence team?

With three witnesses having now taken the stand there has been no cross-examination or additional questioning from Cruz’s defence team.

This is likely because there is nothing to gain by challenging the survivors of the horrifying events of 14 February 2018 when Cruz has already admitted his guilt.

The defence team need only to prove mitigating factors outweigh the state’s aggravating factors and they cannot do that until the present their case-in-chief.

A new witness is called, Dyland Kraemer, who was a junior student at Marjory Stoneman Douglas High School.

He was in a history of the Holocaust class when Cruz began his attack. Cruz fired through the window in the door of the classroom hitting multiple people as they sort shelter including behind an overturned filing cabinet.

Two people died and many were injured.

Mr Kraemer also took video that day on his cellphone. It is also played to the court. Loud gunshots and horrifying screaming can be heard.

Sitting with his defence team Cruz’s head is now down on the desk.

Law & Crime’s Angenette Levy reports that family members of the victims put their hands in the air and said “Shut it off!”

Following the videos, Ms Gilbert is excused as defence declines to question her.