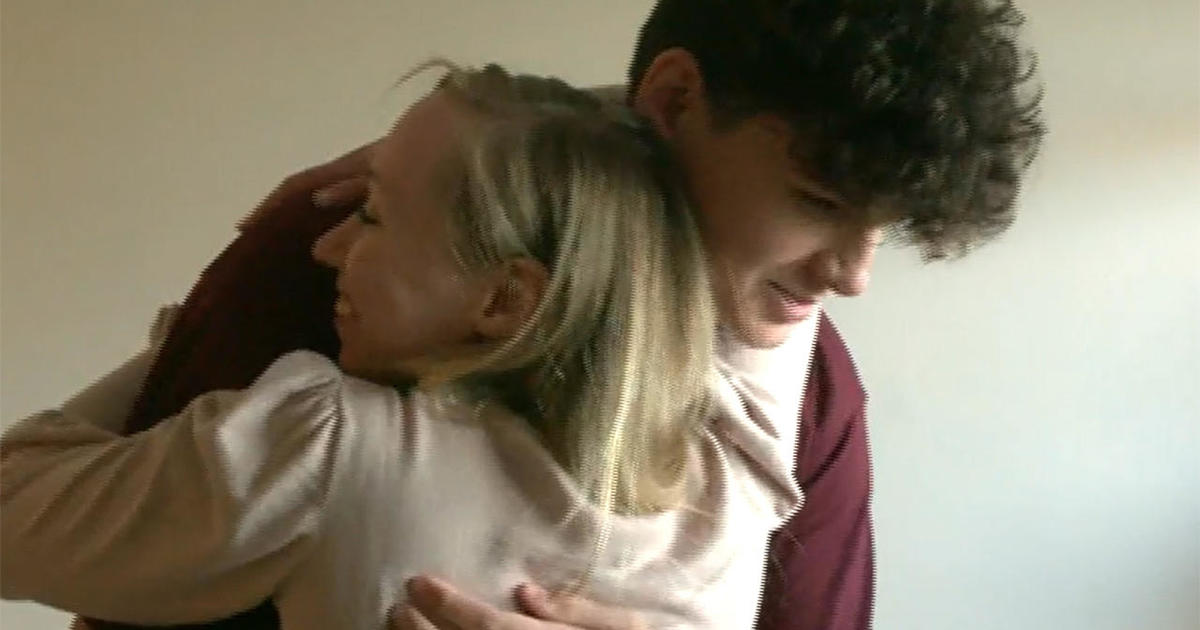 A Ukrainian-born U.S. citizen’s fight to rescue her 16-year-old nephew from the war zone has finally ended, with a hug.

Maryna Seifi had been working to bring Illia Prahkin to live with her in the Bay Area since late February. His parents can’t leave Odesa – Seifi’s sister is a police officer, and men over 18 aren’t allowed to leave – so they put the teenaged Illia on a train to the Polish border, where Seifi flew to pick him up.

That was when she said the U.S. Embassy refused to grant the teenager a visa. At the time, the U.S. had no program for Ukrainian refugees fleeing the war.

“When we went to the American Embassy, they just turned us away,” she told “CBS Mornings” co-host Tony Dokoupil back in March. “America, the country of free people, and I’m a free person, cannot bring my only nephew from the war zone. That’s the reality. How come?”

With no clear way for Illia to enter the U.S., Maryna said the only other option for him seemed to be crossing the Mexican border. “So, I felt like, OK, I will try.”

So, a month later, Maryna’s husband, Bijan, returned to Poland, then traveled with Illia through Spain, Colombia, and finally to Tijuana, Mexico, where Maryna met back up with him and begged U.S. border officials for permission to take him home with her. They refused.

Correspondent Anna Werner asked Maryna, “What was that like?”

Officials then separated them and sent her nephew first to a detention center, then a shelter.

The 16-year-old waited for weeks, not knowing what would come next. “[They] can just do whatever you want with me because I have no documents. I’m not human here.”

“You felt like you’re not human? You weren’t human?” asked Werner.

It’s not clear how many other Ukrainian refugees, both adults and minors, are still seeking entry into the U.S. Even though the Biden administration launched a fast-track program in April for those fleeing the war, some other Ukrainian minors have been sent to shelters.

Adamson visited the shelter where Illia and other Ukrainian minors were held. “Just to paint another picture of the facility for you, it’s very small. The facility is surrounded by a metal chain link fence. All of the doors and the windows inside have alarms on them. There’s no green outdoor space.”

But Illia is now finally free and safe after his long journey, to the relief of his parents, still in war-torn Odesa.

“His dad said, ‘Maryna, I owe you ’til the end of my life,’” she said. “I started crying, really. It was tough. You never think that he, one day he will text things like that, saying how grateful he is for me, saving his son’s life, and that he will never forget it.”

Werner asked, “Do you feel like that’s what you did? You saved his life?”

While Illia is safe with his extended family in the Bay Area, there has been criticism about the Biden administration’s decision to fast-track Ukrainian refugees while de-prioritizing those who wait, sometimes much longer, to cross the southern border.