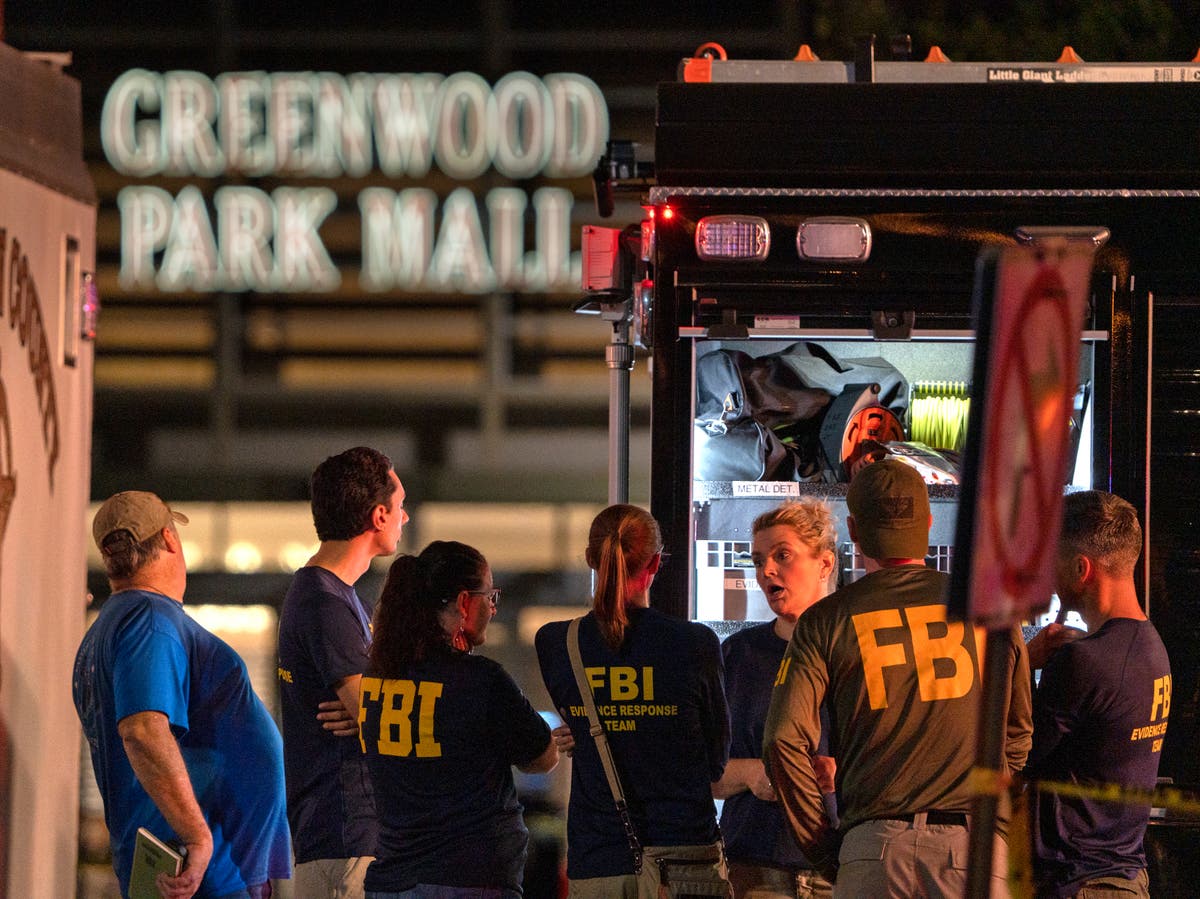 A mass shooting at an Indiana mall could have been a whole lot worse, according to police, if an armed bystander hadn’t shot and killed the suspect, reigniting a debate about whether a “good guy with a gun” is the key to stopping gun violence.

Police believe Jonathan Sapirman, 20, walked to the Greenwood Park Mall, in Greenwood Park, Indiana, on Sunday evening, armed with hundreds of rounds of ammunition and three guns: an M&P 5.56mm rifle, a Glock 33 pistol, and an AR-15-style Sig Sauer rifle, which was used in the shooting.

Officials don’t yet know why Sapirman carried out the shooting, which killed three people, Pedro Pineda, 56; Rosa Mirian Rivera de Pineda, 37; and Victor Gomez, 30; all of whom were from Indianapolis. Another two people were injured. The shooter had minor offences in his background as a juvenile, such as running away and fighting at school, but no adult criminal record.

What they do know is that after Sapirman exited a mall restroom and opened fire in the food court, he was quickly shot by an armed witness. Without that intervention, according to Greenwood Sheriff Jim Ison, things could’ve gone very differently.

“Many more people would have died last night …if not for our Good Samaritan that took action within the first two minutes of the shooting”, Mr Ison said after the massacre.

He described how Elisha Dicken, 22, of Bartholomew County, Indiana, closed in on Sapirman soon after he began shooting, while motioning for other bystanders to run to safety.

“He was carrying legally under Constitutional Carry law. His actions were nothing short of heroic,” Sheriff Ison continued. “He engaged the gunman from quite a distance. Was very proficient in that … He has no police training and no military background.”

The 22-year-old “Good Samaritan” hasn’t spoken about the experience himself.

The sheriff said Mr Dicken is “requesting you give him time to process and grieve before reaching out to him.”

That hasn’t stopped many backers of expansive gun possession rights and lax gun laws from using the shooting to back up their political arguments, reiterating the “good guy with a gun” trope even though evidence suggests individuals with guns rarely stop shootings from occurring and sometimes make them worse.

The National Rifle Association, the nation’s most prominent pro-gun group, and a major opponent of most attempts to regulate guns in recent years, quickly lionized Mr Dicken as a gun-toting hero.

These arguments are largely indistinguishable from those made by top Republican politicians like Ted Cruz.

Three days after the massacre in Uvalde, Texas, this May, US Senator Ted Cruz of Texas spoke at an NRA convention and made a similar point.

“What stops armed bad guys is armed good guys. The media blames you, the millions of members of the NRA for these crimes. That is a lie,” he said. “Nobody here has committed these kinds of unspeakable crimes. Everybody here is horrified.”

While an armed bystander likely played a role in stopping Sunday’s Indiana shooting from becoming worse, data suggests this is far from the norm, despite the certainty of gun advocates.

For example, a May report from the FBI found that a bystander, armed or otherwise, only stopped two out 61 “active shooter” incidents in 2021. A New York Times analysis, meanwhile, found that trend held over time too: armed bystanders only killed 22 gunmen across 433 mass shootings since 2000.

The spate of horrific shootings in 2022 so far shows the limits of what armed people, police or otherwise, can do at the fateful moment when an individual has already decided to carry out a mass shooting. And they underscore that there are other key moments to intervene before a “bad guy with a gun” carries out their plans.

Payton Gendron, who has been charged with killing 10 people in a white supremacist attack at a supermarket in Buffalo, New York, earlier this year, was involuntarily confined by state police in 2021 for a mental health evaluation, after writing in a school exercise that his post-graduate plans included a “murder/suicide.”

The 18-year-old, who has pleaded not guilty, was still able to legally buy an AR-15-style assault rifle.

Once he entered the Tops supermarket where the massacre took place, chosen, according to prosecutors, because of its proximity to an African-American neighbourhood, Mr Gendron was confronted by Aaron Salter, Jr, an armed, former police officer working as a security guard in the store. Salter fired at the 18-year-old, but wasn’t able to stop him because he was wearing body armour. The former law enforcement officer was killed in the shooting.

A day later, officials say David Chou, a Las Vegas man working as a security guard with a licence to carry firearms, opened fire at a Taiwanese-American church luncheon in Souther California, killing one and wounding five.

Just over a week after that, the Uvalde massacre took place at a school district with its own dedicated police division, which had trained in mass shooting prevention just two months before the killings, and had spent tens of thousands of dollars in recent years on security upgrades.

During the chaos of the shooting, a school police officer encountered gunman Salvador Ramos outside the building but accidentally went past him.

Another officer asked permission to fire on the 18-year-old when he was still outside of Robb Elementary School, but never got a response.

Once Ramos was inside, a large group of officers with assault rifles and ballistic shields waited more than an hour to enter the classroom where the gunman was barricaded, listening on as gunshots rang out inside as they checked their phones and stopped for hand sanitizer. Records indicate they never tried to open the door into the classroom, believing it was locked.

The Texas House of Representatives found that there were 376 law enforcement officers on the scene during the shooting, larger than the garrison that famously defended the historic Texas fort the Alamo.

A highly trained commando unit from the Border Patrol eventually joined the local police officers, and together they entered the classroom and shot Ramos.

Just like in many other mass shootings, there were warning signs about Salvador Ramos long before he ever bought a gun or decided to use it to kill 19 students and two teachers.

The 18-year-old reportedly harassed girls online, flaunted weapons on social media, and so alarmed his family that an older sister “flatly refused” to help him buy guns. Still, the teen was eventually able to buy two AR-15-style rifles legally right after he turned 18.

Research indicates that even trained police officers don’t necessarily make a difference when it comes to stopping mass shootings, at the ones in school.

Hamline University criminal justice professor Jillian Peterson looked at 40 years worth of school shootings, covering 133 incidents from the 20 years before and after 1999’s Columbine massacre, and found that there were three times as many people killed during these events when there was an armed office on the scene.

“One argument has consistently been that if there was a school shooting you want the school resource officer there, but what this study says is not necessarily,” she told Minnesota Public Radio last year. “It was actually the number one predictor of the increase in casualties after the presence of an assault rifle.”

It’s unclear exactly why this is the case, according to experts, though some suspect that those planning mass shootings arm themselves with more powerful weapons if they know an armed police officer is stationed at a school. Others suggest that those in a mental state to carry out a mass shooting have so little regard for their and other people’s lives that the prospect of meeting deadly force isn’t really a deterrent.

The American public, for its part, is eager for security measures that go beyond just the archetypal “good guy with a gun.”

Two thirds of Americans want stricter gun laws, and more than half want to ban assault rifles, according to Gallup polls.

But the political will, at least at the national level, for these changes is not yet strong enough to be turned into action.

The recent gun deal signed by President Biden has $300m in funding for school security, including armed police officers.

Armed people may not be terribly effective at stopping mass shootings from happening, and in some cases may exacerbate the problem, but for now that’s about all Americans can hope for to keep them safe.