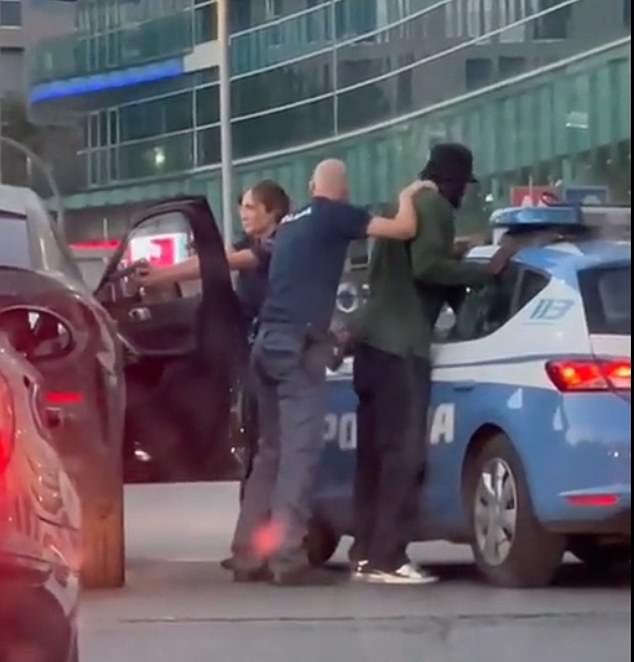 By Charlie Walker For Mail Online

Serie A winner Tiemoue Bakayoko has been stopped at gunpoint by police in Italy, in a terrifying ordeal that turned out to a case of mistaken identity.

The departing Chelsea midfielder, who was on loan at AC Milan last season, was reportedly pulled over by cops in Milan.

A video re-tweeted by Sport Italia journalist, Tancredi Palmeri, captured the terrifying incident. A policeman, pushed the startled footballer, who made 14 Serie A appearances for the triumphant Rossoneri last season, up against a police car.

Shocking footage of Milan’s Bakayoko in Milan’s downtown held at gunpoint by police cause taken for someone else.

Check when one of cop goes telling to the colleague searching him that it’s not the suspect but a Milan player, and the cop saying “WHO?!?”
pic.twitter.com/B0PTYiXnc5

While he appears to empty Bakayoko’s pockets and throw the contents onto the roof of the police car, two other cops, with guns drawn, point them at the player’s car.

One female cop keeps her gun trained on another occupant of the vehicle..

However, it appears to gradually dawn on the police that they have the wrong person and quickly holster their weapons and console the midfielder with a gentle pat on the back.

‘Shocking footage of Milan’s Bakayoko in Milan’s downtown held at gunpoint by police cause taken for someone else,’ tweeted Tancredi.

‘Check when one of cop goes telling to the colleague searching him that it’s not the suspect but a Milan player, and the cop saying “WHO?!?” 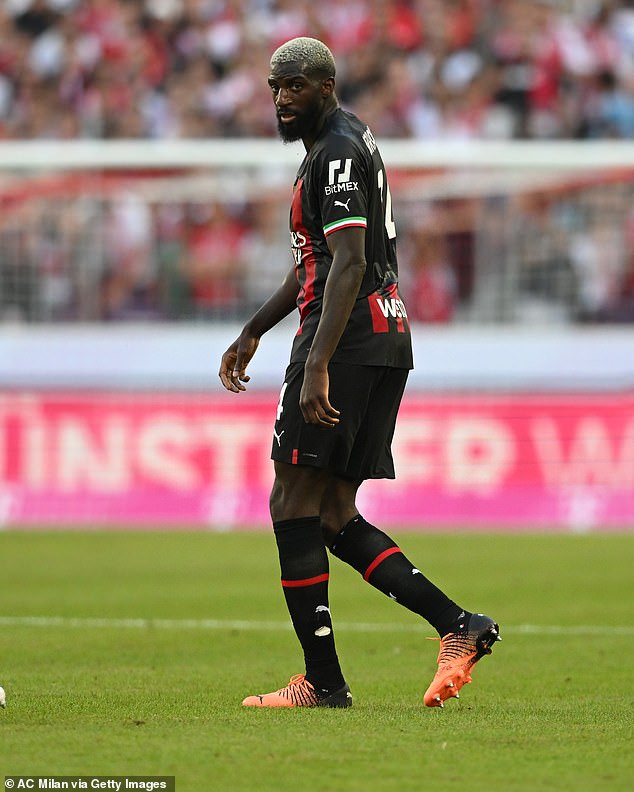 Bakayoko made 14 Serie A appearances for AC Milan last season, but only five starts

The 27-year-old signed for Chelsea in a big-money move in 2017, arriving at Stamford Bridge from Monaco for £40m.

However, despite spending five years at the club, the move has not worked out. In his first season, he made 43 appearances across all competitions, but has not played for Chelsea since the 2017-18 season.

Since then, he has spent loan spells at AC Milan, Monaco, Napoli and then again at AC Milan, where he won the Serie A title in the last campaign.

On Sunday, French publication Foot Mercato reported that Bakayoko is finally leaving after agreeing a deal with the Ligue 1 club, Marseille.