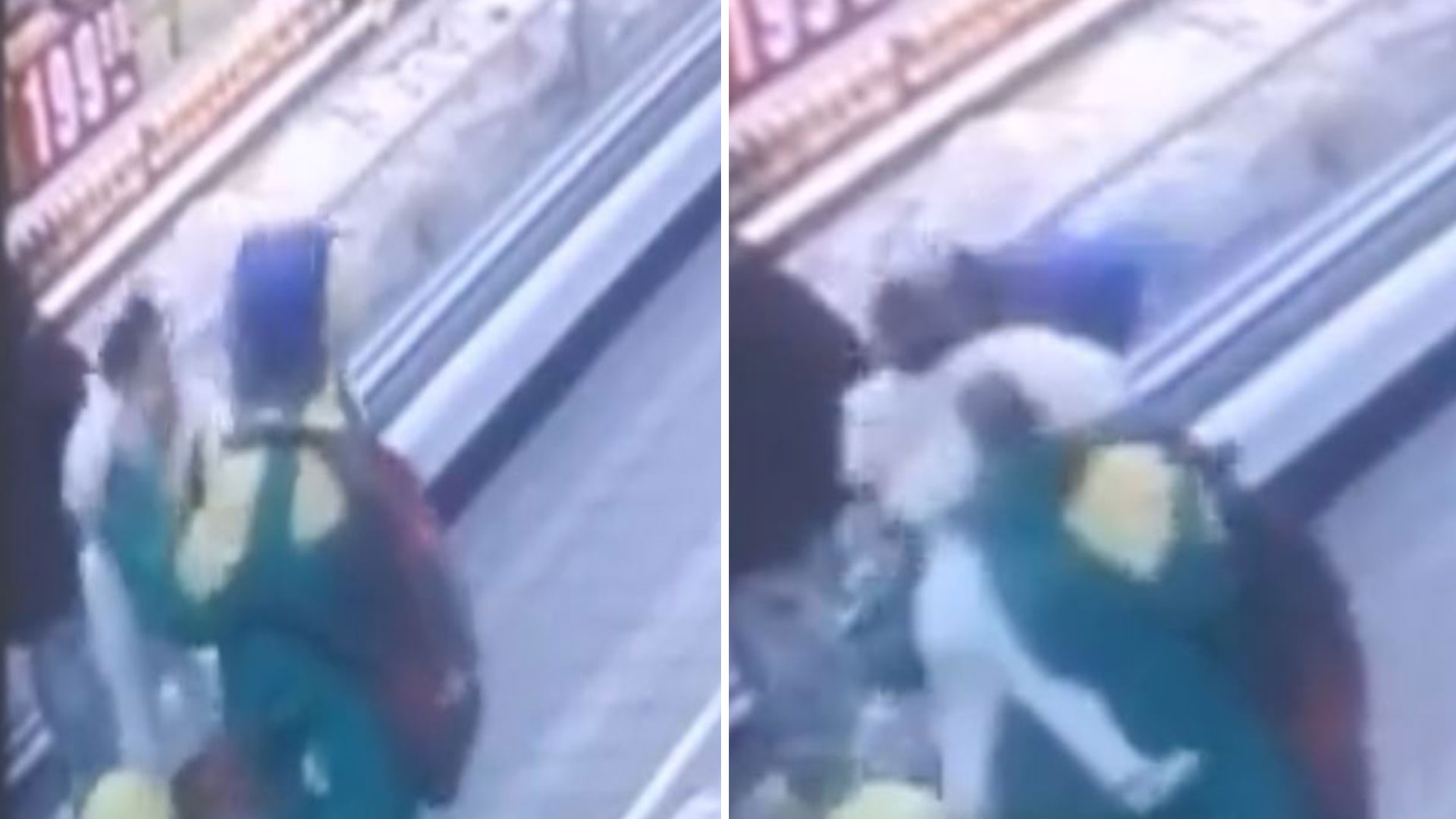 FOOTAGE has captured the chilling moment a woman snatches a baby girl from a shopping trolley in the one second her parents have their backs turned.

The horror clip shows the woman casually stroll up to the baby as her parents are briefly looking in the supermarket freezer, lift her out of the trolley and walk off.

The chilling moment, which is every parents’ worst nightmare, unfolded in a South African supermarket and was caught on its CCTV.

The big-built woman in her 50s can be seen calmly wandering down the aisle in the freezer section, as if she’s shopping.

But, when she gets to the family’s trolley, she outstretches her arms towards the toddler.

In just one second the baby is lifted under the arms and whisked out of the trolley into a “motherly cuddle”. 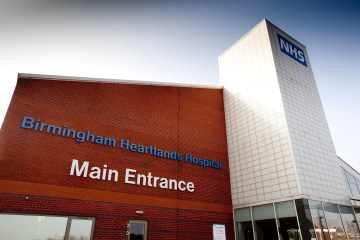 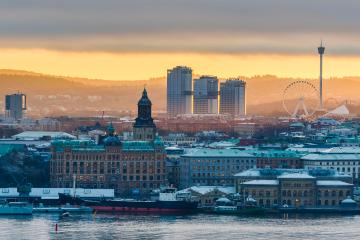 The woman, who was later arrested in the store alongside an accomplice, then strolls off with the little girl.

Seconds later the wee girl’s parents, who are in their 20s, turn around to put food in their trolley to see their daughter has been snatched and start screaming for help.

The quick-thinking father sprints to the store entrance, tells the security guards his baby has been taken, and locks the doors.

Just as the doors slam shut a woman approaches the distraught dad and points out his daughter being carried by her friend – claiming it was all a “joke”.

The parents – who have never seen the two women before – frantically grab their daughter back as security staff call police.

Both women were arrested on suspicion of attempted kidnapping and taken to the police station where they maintained they were “just fooling about”.

Police Colonel Priscilla Naidu said that after reviewing the CCTV footage, one of the women can be seen passing the trolley and touching the baby on the head, before walking away.

Ms Naidu said: “Within seconds another female approached and in the blink of an eye snatched the child and walked away as the parents were at the fridges.

“Their backs were to the trolley and the child was gone in a second then the father turned around and saw his baby was missing and ran to the doors.

They said they were ‘just joking’.

“As the guard was closing the doors the first woman pointed out to the father that the child was with the second suspect and said they were ‘just joking’.

“Two women aged 51 and 56 were detained while we investigate an alleged kidnapping.”

Naidu said the two women and the parents did not know each other.

The shocking clip comes just weeks after a similar snatch was captured on CCTV at another South African supermarket.

Young mum Danielle Wolff had her back turned when supermarket worker Mduduzi Tholeba approached, grabbed her baby from the trolley and went to quickly walk off.

However, the mum spots Tholeba just in time, and he was arrested on suspicion of kidnapping.

He appeared in court and was bailed and suspended from the supermarket.

The videos of the double attempted kidnappings has shocked South Africa, in a crime-riddled nation where baby and child trafficking is now big business.